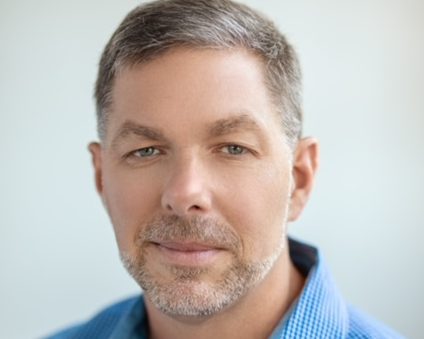 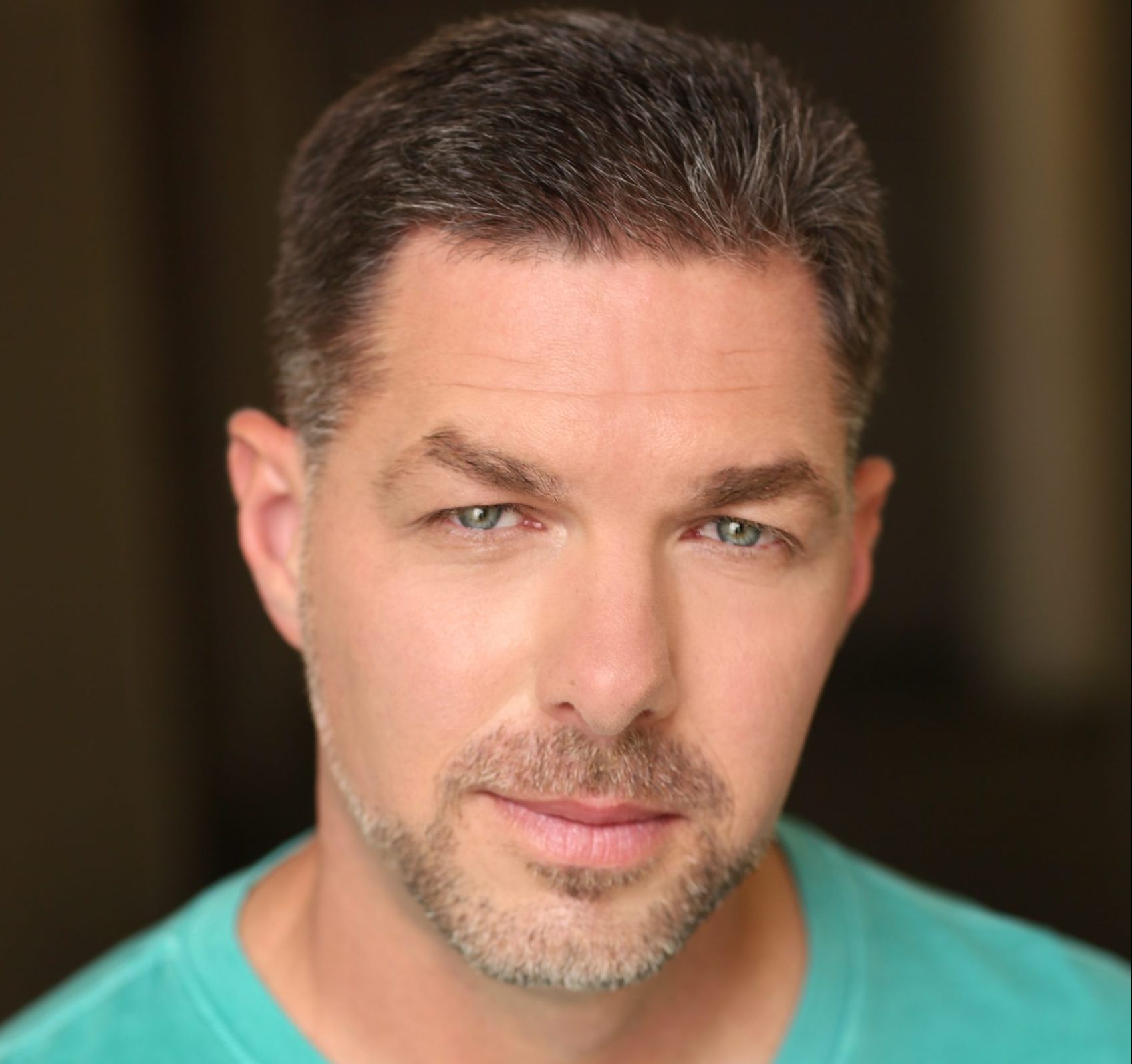 a retired army helicopter pilot he fits the role as anything military and any casting director could take advantage of his experience….

Lets face it kids if you’re not a Morrissey fan this is just a concert footage with a really unattractive audience. I do mean that as well, from the doughy to the confused. It was a hipster buffet.

Here It Comes, The Jimi Hendrix Biopic "All is By My Side"

Stick A Fork In That Freddie Mercury Biopic

Queen’s Freddie Mercury should rest in peace and not be tormented by bad acting and cheesy scripts.

This causes a great dilemma for a fan in America- if I say “Mozzzzzzz play NEW ENGLAND!”, I could be egging him on to death. If I say “STOP TOURING!” I will never see him again.

Springsteen and I, A Movie Trailer For the Fanatic

As a non follower its hard for me to imagine the excitement to be felt by so many at the announcement of the new film “Springsteen and I’, just looking at this clip does nothing for me at all- II suppose its similar to the kids who lined up for a Justin Bieber film- but just much older and less cute

Friends Of The Viper Room, An Upcoming Documentary About The Famous Los Angeles NightClub

he dark and tiny nightclub – I have been inside several times and it’s quite small, especially the toilets! – was originally opened by Johnny Depp, and has been the place to be on a Saturday night since the 90s, the place where some celebrities like Mick Jagger, Flea from the Red Hot Chili Peppers, Billy Idol, or Iggy Pop would occasionally make a surprise apparition late at night

Ridley Scott Is Producing 'Springsteen & I’, A Documentary About The Boss From The Fans' Point Of View

What I get from this short one-minute-and-half tease, is a feeling of togetherness expressed by all these people, who are all united under the same unconditional love for the boss. Think what you want about Springsteen, but there’s obviously something special about him to command such a huge crowd.

So what a great year to pluck out some concert footage- digitally remaster it, and put it up on the big screen? Now you can walk in to your local theater and pretend you’re there all over again. Remember that movie theaters have phenomenal sound systems these days and with the massive screen and tilt back chairs- why its a luxury show

The film is being written but Lee Hall who wrote the wonderful Billy Elliot.. see how this is all fitting together now? I see a Broadway rendition of this in our future.. yuck. Oh and if anyone knows any little boys- they’re having a bit of trouble casting 5 year old Elton.. heaven help us.

"Before the End: Jim Morrison Comes of Age", New Film In the Works

The film will of course showcase never-before-seen home movies and photographs from his formative years, the viewer will share in a clear-headed, open-minded exploration of James Douglas Morrison as a plain ol’, “human being

Possible Ramones Biopic; Tell Your Wife to Shut UP

Asked who she would like to play her husband, Linda Ramone added: “Of course everybody would want Johnny Depp to play him, because he’s cool and looks good

One of the coolest things it showed was how the shows got bigger and bigger. I loved the whole “They’re not fighting, they’re dancing!” scene. It was a revolution; it hadn’t been seen before and the Clash brought it to the table.

'Let Fury Have The Hour', A New Documentary About The Creative Response

The film focuses on the counter-culture starting from the 80s with the rise of Reagan and Thatcher, and documents ‘a cultural shift towards fierce individualism and rampant consumerism’, in parallel with the start of a renegade movement, that Writer/director and visual artist Antonino D’Ambrosio calls ‘creative-response’.

Can We Talk About Labyrinth?

“You remind me of the babe”, and people were instantly liking the status and commenting with the next few lines of “ ‘What babe?’ ‘The babe with the power.’ ‘What power?’ ‘The power of voodoo’ ‘Who do?’ ‘You do’ ‘Do what?’ ‘Remind me of the babe!’”.

How the hell can the dude for Avatar be Joey and what gives him the gaul to accept that challenge? I guess it can be considered historic value but really I don’t expect much but a shot at profit. I predict it to tank harder than Water World

I don’t really think I have ever cried watching a preview film trailer before. Yeah, cried. Like that drizzle sort of tear thingy chicks do, I totally just did it just on this couple minutes of splicey footage. I wasn’t crying over how really rough Mick is looking these days…

The Killers "Go All The Way" Cover Reviewed

The tune is being used in the new film Dark Shadows, starring Johnny Depp. So basically this is a film taken from a fabulous original with a soundtrack of copies of fabulous originals which means, ain’t nothin new here.

When did the world 'biopic' come in to fashion?  I swear its a new one they used to be called biographys or documentary.  Biopic sounds like a lab experiment involving monkeys or something.

The film adaptation of Rock of Ages is in the can and about to assault your eyes and ears. That’s not the worse of it. The soundtrack will also include, Russell Brand, Alec Baldwin, Paul Giamatti, Catherine Zeta Jones, and poor little Mary J Blige,

Some websites are suggesting White may appear in the movie, but Bruckheimer is just excited by the idea as he told Variety:

‘Jack’s an amazing songwriter with a unique style. We’re thrilled to hear his fresh take on the William Tell Overture.’

documenting the band’s farewell concert, Oscilloscope Laboratories states the film shows fans “an intimate portrait of James Murphy as he navigates both the personal and professional ramifications of his meteoric decision” to call it quits.

Fresh on the heels of this tragedy is the release of the trailer for the upcoming film “Sparkle” Sparkle is the story of three sisters who start a group and deal with the fame and drugs. It is based on the story of The Supremes. How sad.

‘the film will include exclusive archival photographs, concert footage and interviews with dozens of bands, artists, label owners, zine publishers and others who helped mold and nurture DC’s underground community during this inspired decade of music.’

There was a rivalry at the time that got many a fist fight started. As someone who did time in both the Boston and the New York scene I can tell you first hand that Boston had the most psychotic scene of all.

20th Anniversar​y Cash In, The Bodyguard

This film was about a singer and her stalker (played by Kevin Costner) and was a huge success but if Whitney hadn’t died- I doubt highly there would have been all the hoopla being given for the anniversary of its release.

Lady GaGa Made For TV Movie

Gaga is concerned that the soon to be made film will show her as vulnerable and weak- she wants her image to be strong and self confident. This is also a contradiction since her whole rally cry has been about her triumph over insecurities

Unless someone like you cares a whole awful lot, nothing is going to get better. It’s not. – Dr. Seuss, The Lorax

Arcade Fire’s song ‘Abraham’s Daughter’ for the T Bone Burnett-produced soundtrack of the movie ‘Hunger Games’, which will be out on March 20th

‘Even if you’re playing someone in the 1700s in France, you might listen to hip-hop, if it’s an energy thing for the character. Or you can listen to what the character actually listened to. I use music like crazy. It’s like sticking a needle in your arm, like taking a drug because it’s so immediate,’

Sergio Mendes Loses To Muppets At The Oscars

the Oscar for Best Original Song went to…’Man or Muppet’ from The Muppets movie. Pretty much the best news from the Oscars. If you recall we were so excited to see the film and although it was not an epic success it had just enough retro cuteness to win me over

Crowe will be portraying Inspector Javert in the latest version of the Victor Hugo classic. Who cares, right? There has been a million adaptations of this thing- it’s as if we have all lived it already. This film has an somewhat interesting twist though- it’s music

'One For The Money' Reviewed (Sorta)

There were moments of laughter but the sexual tension between Plum and Morelli was weak and that between her and Ranger non existent.

'Under African Skies' Screened At Sundance

‘Under African Skies’ the documentar​y about the album Graceland

This will only be the beginning of a year-long celebration commemorating the 25th anniversary of this release, and, as we had already announced it, there will also be more goodies for die-hard fans,

The movie is set in the 60s, on an island off the coast of New England, and tells the story of a young girl who falls in love and runs away with the young boy, forcing a crew of adults to hunt them down.

Metallica and The Bulging Screen

Disney Pixar? Hell yes, bring on the glasses, 3D is awesome. Sweaty Ulrich? No thank you. But now that Metallica is officially Lou Reeds bitch, it’s only fitting that they plaster their mugs on the big screen

Taylor Swift In Yet Another Les Mis Revival

First of all, before getting to Swift, do we really need another version of Les Miserables?! How many times can you reinvent Victor Hugo’s classic, with music or no music? The famous novel has already been adapted, I kid you not, 52 times since 1907

is a real endorsement from the man himself, how many times does this happen? How many times does the singer choose the person who is gonna play him or her? I know it was the case for Johnny Cash who had totally approved Joaquin Phoenix playing him, but it must be rare

How bad can a movie with Bon Jovi getting slapped not once, but twice? Prett bad. Perhaps if Gerry Marshall had Katherine Hegl slap every member of the casr they might have been on to something.

"We Bought A Zoo" Reviewed (More Or Less)

The score by Jonsi of Sigur Ros fame is a beauty, especially the song “Boy Lillikoi” -just a haunting complement to the movies tamed glory

there was every reason to expect the West End Musical of the novel to be a sugar coated morsel, But Lionel Bart wrote it, and it ended up a poisonous bon bon.

"The Girl With The Dragon Tattoo" Reviewed (More Or Less)

The entire Reznor/Ross score is electronic plus organic mayhem and is most effective at its most tense. Still there is nothing as brilliant as the walk across the Harvard campus in “The Social Network”.

There were so many people sniffing and weeping in the theater that the moviemaker should be a little ashamed to have exploited loss and grief so much. It’s way too easy to make people cry at watching other people crying, I don’t think there is a dry-eye scene and Sandra Bullock is crying every time she is on the screen.

Taylor Swift worked with the Civil Wars and Burnett to write and perform the song ‘Safe and Sound’ the Decemberists wrote ‘One Engine’. Other sources are saying that Arcade Fire are even doing several songsfor the soundtrack, including the theme song

"The Adventures Of Tintin" Reviewed (More Or Less)

Since the success lies in the medium, even live action animation isn’t gonna solve the problem.That doesn’t mean Spielberg’s action adventure isn’t a doozy. Watched in IMAX 3D it is a thrill ride oand a half. But it doesn’t have the Herge magic