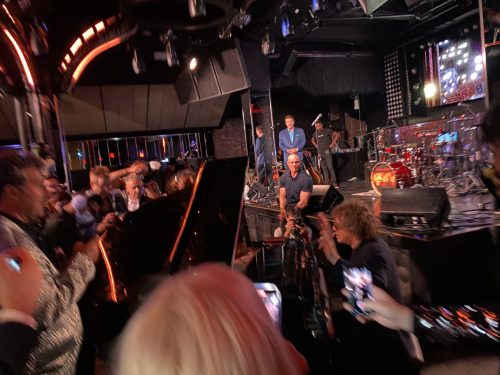 It was a fun indoor-outdoor day, with way too many choices, but how can you choose when you don’t even know what the hell all these bands are playing?

Even though I got kicked, pushed, shoved, and beat up, I still walked out of the venue shaking with excitement.

The show sounded and looked like all-world-nations celebration, beside the strong reggae-world-music flavor,

From Ashes Rise, Final Conflict, The Obsessed At the Power of Riff, Saturday August 10th 2013

it was only a few hours of this all-day heavy music marathon but my ears are still ringing from the experience.

My first thought when the band stepped on? Anthony Green is a god.

The Uproar Festival this year was uh…interesting. There was everyone from middle school boys to drunk moms.

Sadly, the band pulled out 30 min in to its scheduled 75 min set in Germany when it appeared that Lemmy couldn’t go on

“The atmosphere had moved in, and Buzz prophesied the plague with a punch.”

You mean the Stevie Wonder, unannounced at a free concert?

I got a two-second eye contact with Josh Homme, and that’s good for eternity. 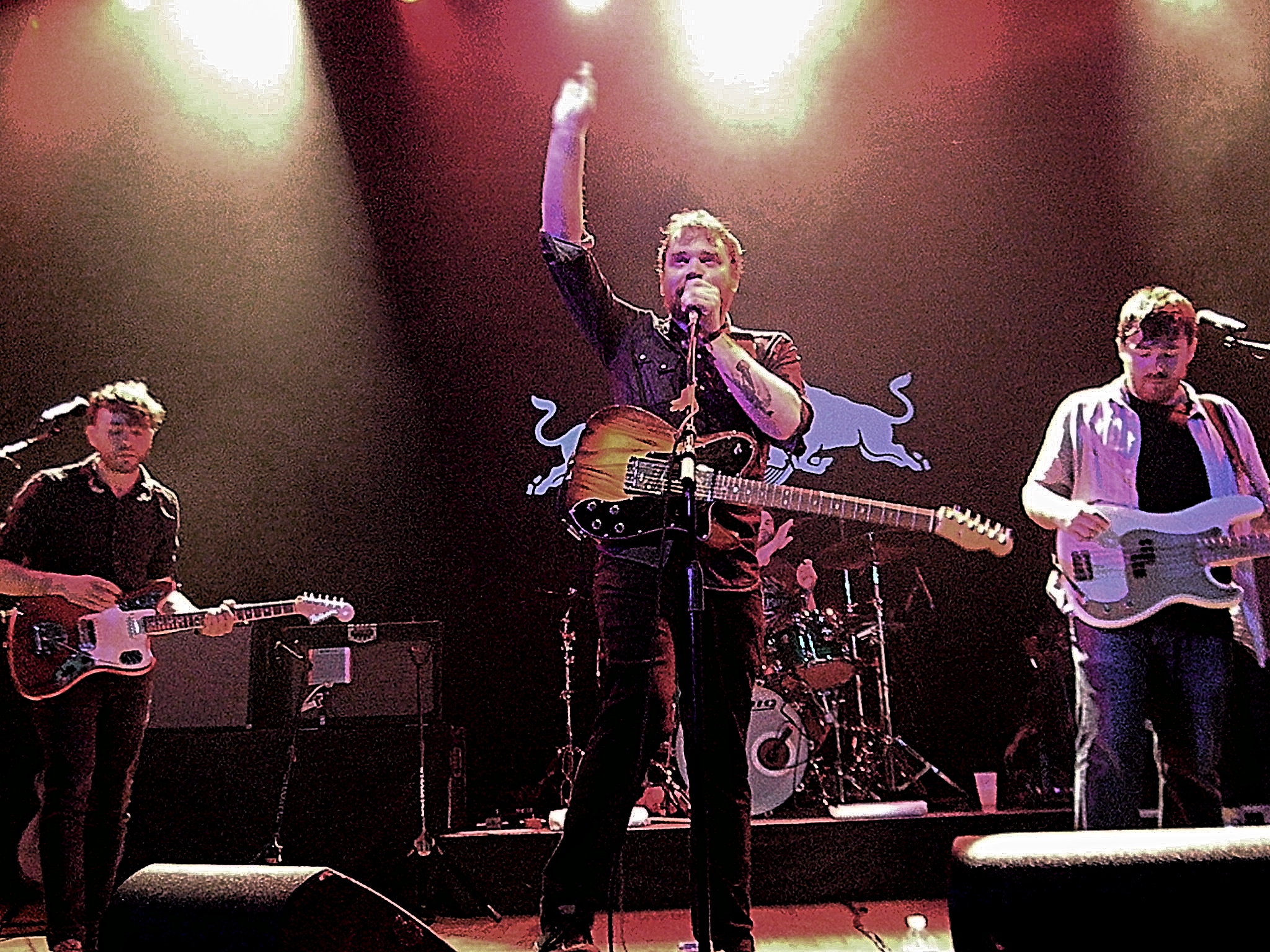 someone, who may have had too many beers, unexpectedly pulled an Anthony Weiner on us!

The Austin based Hot Club of Cowtown meld Wills with Django Reinhardt and spice up their combo dish with astonishing musicianship.

This was a wild party, with people moshing, bouncing and jumping, and let’s keep in mind it was a small vinyl place and not the Echo where I ordinarily see this kind of scene.

His singing voice, going from morose to falsetto, seemed to be the only thing absorbing everyone’s attention, then he got loud, very loud with his only guitar, then go back to his quiet morose-depressive tone

I was looking around and found a place on the side of the stage, as usual,… the front looked way too scary for me as I was anticipating more chaos to come

The Doors’ thin drummer looked happy and in good spirit when he sat down at the signing table around 6 pm and stayed there for a long time; when I left an hour later, he was still signing everything that was presented to him, books, vinyl, posters, drumsets,… He took a short break at one point and was regularly standing up to wave at the crowd,

Miss May I At The Webster Theater Hartford CT, Monday June 10th, 2013

Even though it was dark, you could see him grinning as the crowd cheered. Following him were Justin Aufdemkamp, Ryan Neff, and B.J. Stead. Last but not least, was Levi Benton, having transformed from the quiet man I interviewed to a metal god. They automatically ripped into their first song, and they didn’t hold back a thing.

When I was invited for the Eve to Adam show at the Roxy, I wasn’t even planning to stay for the next band, mornings are so tough after weekday shows, but when Leogun began to play I was immediately captivated, and boy I don’t regret a minute to have stayed to watch the British trio blow up the room with their aggressive bluesy-rock’ n’ roll!

The five of them rock out the place on Tuesday night with a set of eleven songs, digging in their previous albums, then sampling their new one ‘Locked & Loaded’ featuring song with incendiary titles like ‘Let’s Burn’, and ‘Crime Scene’ or ambitious ones like ‘Immortal’ and ‘Shut Out The World’.

The Drums At The Jubilee Music And Arts Festival, Saturday June 8th 2013

it’s obvious that they have listened to the Smiths a lot, and I am probably establishing some obvious statement there, because I am new to the Drums, and I have just read that they absolutely love Morrissey who totally love them back, and they have even attended each other’s shows.

Dead Ships, Tapioca And The Flea, Lovelife And Calvin Love At The Jubilee Music And Arts Festival, Saturday June 8th 2013

‘This next song is about my ex-girlfriend and you have to be sorry for me’ said Newell at one point… wait a minute, nobody tells me to be sorry for anyone! However, I think he had gained the attention of some females in the crowd.

As for the bassist, I was blown away. Daniel Shapiro was either classically trained or has the natural talent of a god, because as someone who believes bass and drums make or break a song, I was beyond impressed.

They are said to have matured and have controlled their behavior on stage, and they actually showed some good manners most of the time on Friday night, it was first almost disappointing because there was no real madness going on during their shouted multi-voiced disharmonies and their joyous bouncy-surfy garage rock revivalism

No rain or mud for me at the Jubilee Music and Arts Festival – as Iman had to endure at the Governor’s Ball – just nice temperatures and a noticeable cool down at night, but that’s the reason why California is the best place for outdoor festivals. This year, the Jubilee had moved in the Arts District Downtown Los Angeles, and the urban setting changed the feeling of the Fest a bit.

Obliterations were next on the main stage of the Jubilee, and as expected, they became some furious and angry long-haired animals. Their set was all about loudness and aggression anchored into distortion, Sam James Velde’s raucous screams and guitar riffs going from metal to punk hardcore.

As many others probably did, I discovered Big Star’s music trough other artists, since Beck, Wilco and Elliott Smith have covered their songs, Elliott Smith, in particularly was fond of them, live, he covered ‘Thirteen’, ‘Nightime’, ‘Stroke it Noel’, and his cover of ‘Thirteen’ was featured in Mike Mills’ movie ‘Thumbsucker’, as well as in Jem Cohen’s short film ‘Lucky Three’.

There was a sort of ghost floating over many tracks, especially because of all these angelic humming back up voices, and the ghost become visible as Coco announced a song which was entitled ‘Neverland’,… Michael Jackson was obviously a big influence for her and that’s why my first Diana Ross impression was not that far away from Quadron’s reality.

Since co-founding the pioneering all-girl punk band THE RUNAWAYS at age 15, Jett has continued to be an rock and roll superhero

Finalist for the UCLA Jazz Reggae Festival in 2012, he looked comfortable while performing but couldn’t hide his anxiety between the songs, … ‘I have been doing this for two years and it doesn’t stop being scary’ he said at one point while he had visibly already made a huge impression on the crowd

Their voices were complementing themselves extremely well, their layered and complex harmonies were very precise, almost flexible in the way they were done, and the music was heartwarming, fluid and loose with some jazzy flavors. I have totally distanced myself from the current R&B trend

I mean, at the end of their set, she looked as fresh as before in her black and white outfit. Her bold presence on stage was attracting everyone’s attention, and she was not totally singing, rather talking-singing during ‘Paradise Engineering’ which immediately reminded me David Byrne’s style in ‘Once in a Lifetime’… wow good sign!

f there was weirdness and electronic dissonance or some occasional high-frequency screes, the vocals were always in the front, and there was also enough of that Death Cab for Cutie vibe (or even Beck?) to satisfy any pop lover. The lyrics were clear, direct and repetitive like ‘Be not afraid it’s just a game’ or ’did I make you fucking dance’ while he was sculpting his sound with laptops

Their effervescent electro-pop was marvelously working on the crowd as the sextet had visibly a lot of fun in their hometown, and they managed to brighten the atmosphere already extremely sunny, with a set of 10 uplifting songs. Youngblood Hawke on stage is a really enjoyable spectacle, they constantly deploy a non-stop energy

United Ghosts At The Silver Lake Lounge, Thursday May 30th 2013

Despite the numerous influences, which seemed to be all over the music map, their sound had a real uniformity and their compositions were silky, introducing just enough experimentation to keep you interested without forgetting about the melodies and the poppy hooks. I see so many bands, I had a little forgotten about United Ghosts’s music

Junip At The Troubadour, Wednesday May 29th 2013

Last time I saw them they were a trio, but this time there were five musicians behind José Gonzalez, who was finger picking his guitar, standing in the middle of the stage. Around him, Tobias Winkerton on moog synth, Elias Araya on drums, as well as three other persons on tropical percussion, more synth and bass,

It has shed its Englishness for a Western world music universal. The songs are not simple but they are played simply and the overall effect is of a returning over and over like waves on the shore that crest and subside.

Obliterations At The Oxford House, Sunday May 26th 2013

The real deal if you like an aggressive sound built in distortion, velocity, noisy guitars and screamed vocals, the kind of sound that installs terror, chaos and destruction in your mind, with the kind of nihilistic lyrics that would scare the Jesus out of any good Christian,

Turbonegro At The El Rey Theater, Saturday May 25th 2013

I loved how there were more musicians than just the three in the band- they had horns and more guitars and everything that they needed; it was a show, and the added elements made the music part of it sound just like how it does on the albums.

Swift inspires a somewhat unimaginable level of idolatry in her fans. Women of all ages wore homemade Swift homage garb to the show; they screamed incessantly and reacted to their heroine’s every move, statement, song, and gesture. Taylor has gone beyond the realm of both country and pop music, proudly serving as a pop culture celebrity.

Whether the song required soulful blues, piercing slide guitar, tidal wave metal riffs and solos, or simple punk rock chords, Vaden hit every mark perfectly. Expert timing, wonderful tone. He knows when to lay back and when to take the reins

This guy is pure perv but someone blended in to that ‘gushy stuff’ is a comedy that I cannot resist. On this rainy night I headed to Springfield MA to see Mr. Worldwide. Springfield is infamous for its Latin community and bad ass gangs.

Despite all this darkness and bleakness, the trio was very jovial, Elena Tonra was giggling all the time, and she thanked many times the crowd for ‘being so nice’. They have just released their first LP ‘If You Leave’, were signing copies after the show, and all these people in line had certainly perceived the emotional and painful beauty of Daughter’s songs

Live, Laura is very serious, meticulous, concentrated on her playing, emerged in her art, only cracking a smile when her guitar is out of tune, ‘I should get another guitar’,

Balance and Composure at Skate and Surf Saturday May 18th, 2013 Reviewed

As soon as they stepped on stage, and crowd pushed forward. Luckily I was to the side and wasn’t being swallowed by all the people. There were a lot of fans in attendance; the majority of the crowd knew the words, and I was one of em