Billy Bragg: A Year In The Life

This is a press release I got from Billy Bragg and I enjoyed it so much I figured I’d share it with you for no real reason except, Billy is kinda cool and while I’ve heard he can be a dick in person (never met him myself) still if all he had ever done is written “New England” (which the late great Kirsty MacColl covered and Billy wrote an extra awesome verse just for her) he would be alright with me. But really those first coupla albums were all aces with me. That entire Life’s A Riot is just brilliant and untouchable: “Richard”, “The Busy Girl Buys Beauty”, the Back To Basics compilation, “Lover’s Town Revisited”… “The Saturday Boy”

After the release of the critically acclaimed and commercially successful Tooth & Nailin 2013, you might expect 2014 to have been a quiet one. No chance.

In February, London’s Southbank Centre held a lively three-day festival of discussion and debate called Being A Man. As well as the likes of Jon Snow, Lemn Sissay, Baaba Maal, Nick Hornby and Alistair Campbell, Billy was there to help disseminate “Being a Bloke.” Luckily, he’d asked Juliet what to say before he went.

Expanding his natural instinct for spoken-word, Billy launched his own series of monthly ‘radio shows’ on Spotify; in his words, ‘talking playlists’, where he discusses the music and artists that mean a lot to him. He continues to find new ways of connecting with his fans. He’s thinking of reintroducing ‘Our Tune’ too.

In March Billy and band went on tour to Australia and New Zealand with sell out shows at Sydney Opera House, Brisbane and Byron Bay. And they call it work…

April saw the release of Live At The Union Chapel, a 19-track concert album and DVD recorded at the fabled London venue in June 2013, featuring songs from Tooth & Nailas well as classics from the back catalogue. It was a right royal knees up and no mistake. 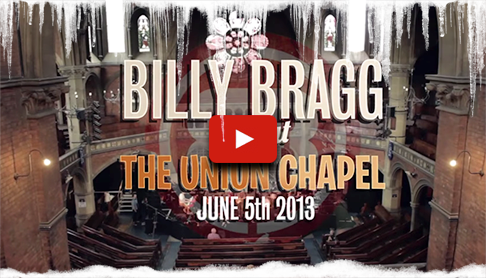 In May, Billy sold out the Eventim Apollo (or the Hammersmith Odeon as the oldsters among us still call it), supported by Seth Lakeman. This brought to a close his 18-month world tour in support of Tooth & Nail. A memorable night it was too.

In June, Billy joined other musicians (including Radiohead’s Ed O’Brien) in backing a call for the EU to intervene in a dispute between YouTube and independent labels. According to a BBC News report, the video-streaming site was offering “non-negotiable contracts” to its planned, Spotify-like music-subscription service to the indie labels. Not something to be taken lying down.

We had a full summer of festival appointments, both solo and with the band. Back at Left Field as curator and performer, Billy shared the soapbox with Dan Le Sac Vs Scroobius Pip performing their last ever show together, Robin Ince, Ken Livingstone, Jack Monroe, Kate Tempest and Anti Flag. Michael Eavis and members of the Benn family opened proceedings to a packed tent with a rousing Left Field tribute to Tony Benn, who died in March and had opened Left Field in 2002.

In September Billy went on a solo tour of the US and Canada. He was just getting under our feet so we sent him off without the band.

While he was away, the rapturously received British film Pride was released, a feelgood look at the Miners’ Strike from a LGBT perspective. (It won the Queer Palm at Cannes in May.) Its fine, mid-80s soundtrack included Billy’s ‘There Is Power In A Union’ – as well as Kirsty’s ‘A New England’.  Due to be released on DVD next February/March. 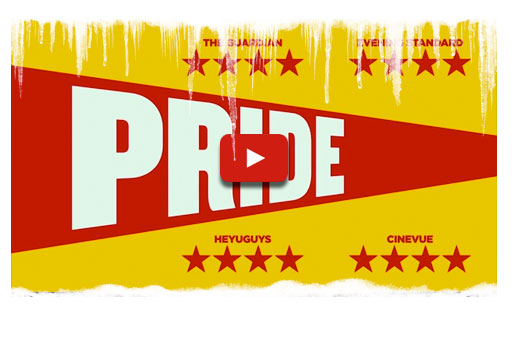 In August Billy travelled through the American midwest with fellow singer-songwriter Joe Purdy, tracing the legendary Rock Island Line railroad for it’s starting point in Illinois to Pine Bluff, Arkansas, where the song of that name was first collected from inmates at the Cummins Prison Farm by John Lomax and Lead Belly in 1934. On the way, Billy and Joe found time to play a pop-up benefit for the people of Ferguson.

Aperture magazine had commissioned the project, asking photographer Alec Soth to create a photo-documentary of an American road trip in tribute to Robert Frank, whose 90th birthday was celebrated at an event in New York in October. With the great photographer himself in attendance, Alec showed slides and video of his images while Billy and Joe performed songs inspired by the trip.

Also in October, the ongoing Jail Guitar Doors initiative took Billy to Dublin, when he went to Mountjoy Prison for the official handing over ceremony of three guitars belonging to the late Pogues founder Philip Chevron for music students at the prison. (He died in 2013.) They were joined by Philip’s sister Deborah Blacoe, Governor Brian Murphy and the Director General of The Irish Prison Service, Michael Donnellan. A letter from Irish president Michael D. Higgins was read out by Deborah, and Billy played ‘Redemption Song’.

Looking ahead, on Monday 1 December Billy will perform a few songs in support of the Liberty Human Rights Awards hosted by Sandi Toksvig at the Southbank Centre in London.

On Wednesday 17 December, Billy will be performing at XFM Winter Wonderland, a charity show for War Child where he will also be receiving the XFM Inspiration Award from Frank Turner. Full lineup for night: Frank Turner, Billy Bragg, The Horrors, Catfish & The Bottlemen, Billy The Kid, To Kill A King.

In January Billy is going to Australia to be part of a film titled Death Or Liberty, which tells of a group of passionate individuals convicted in Ireland, Wales and England and transported to the fatal shore in shackles and chains.

In 2015 Billy will be seen in Michael Caton-Jones and Nick Moorcroft’s film Urban Hymn, which takes place during the UK riots of 2011. It stars Shirley Henderson, Ian Hart and Letitia Wright.

On a lighter note, Billy will also appear as himself in the second series of BBC Four spoof music documentary The Life of Rock with Brian Pern starring Simon Day. This will be broadcast spring 2015.

Billy is currently in writing mode but plans are also afoot in 2015 for a long train journey in the US.  Expect some new music next autumn…

Well, that’s what Billy’s been up to and a sneak preview of his plans but what about you? How have you been? It’s been great to see you at the gigs, enjoying your lively well informed debates on social media – you are never boring!  And, well… just for being you and making it all possible. Thank you one and all.

Also a little heads up that if a Bragg themed gift is on your mind for this Christmas, we’d like to offer you 20% off some special bundles from the new Braggo range of items – see shop for more details. It all helps.

Merry Christmas and a Happy New Year from Billy and everyone here at Bragg Central.   You’ve been great, let’s do it again next year …