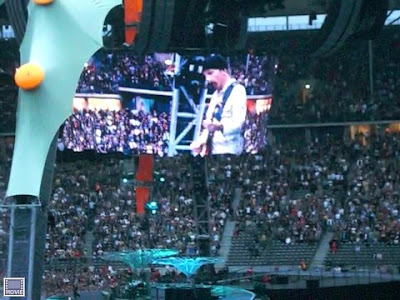 Philanthropist and businessman Larry Miller saw U2 at the Olympiastadion in Berlin July 18th, 2009. This is the stadium that was opened by Adolph Hitler during the 1936 Summer Olympic and for Mr. Miller, a man of Jewish Amercian extraction, the significance was not lost. Certainly, is there any better way to celebrate Hitler’s abject failure at extinction than in a concert by the philanthropic in their own rights U2. Mr. Miller doesn’t know U2’s catalogue but his teenage sons sure do especially David Miller who thoroughly enjoyed the set. Larry does know history when he is watching it however and we greatly appreciate these glorious pictures 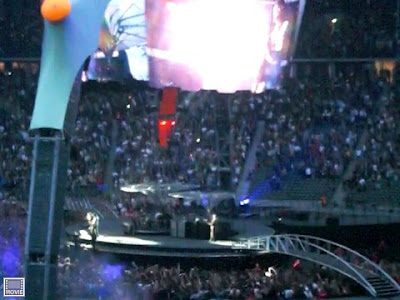 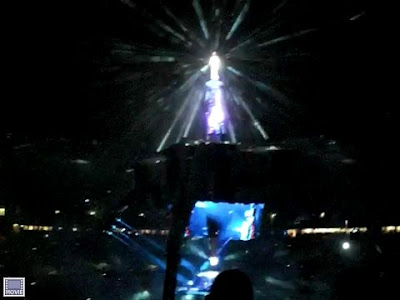 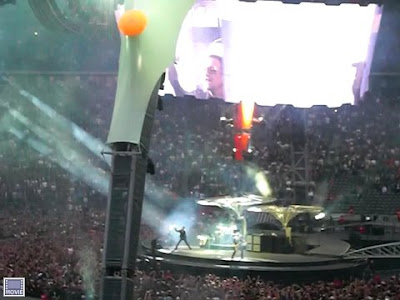 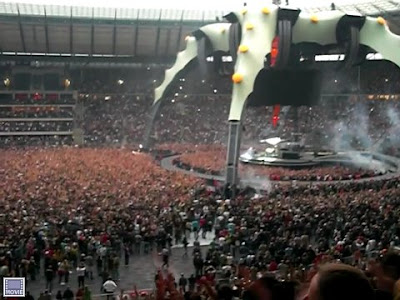 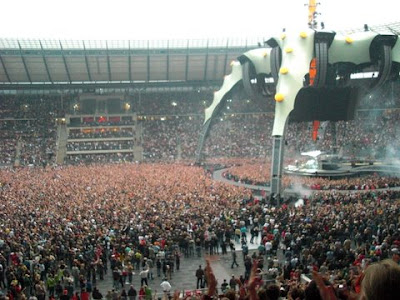