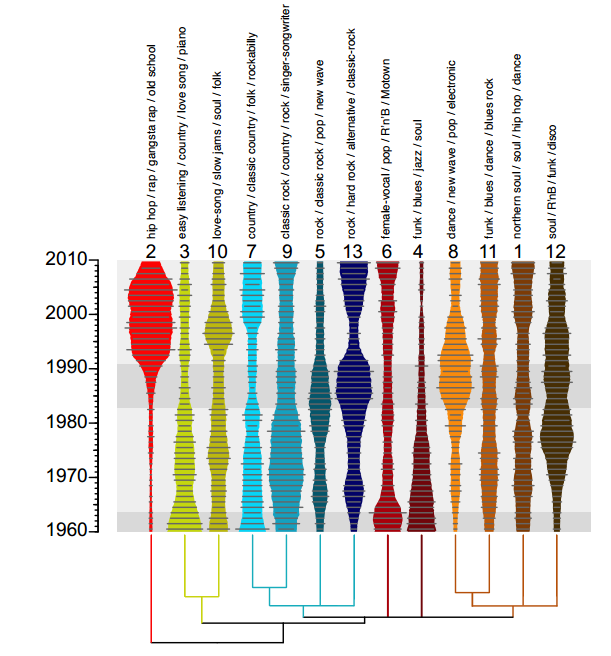 Not With The Band: How Music Evolution Mimics Biological Evolution

That musical diversity has not declined after all… remember about these articles pretending that music has become more homogenized? They were apparently wrong as there is no decline in diversity of music according to this new study. Even better, diversity declined to a minimum around 1984 but increased again to a maximum in the early 2000’s.