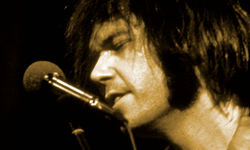 Heart Of Gold – Neil Young
Only Love Can Break Your Heart – Crosby, Stills, Nash and Young
Everybody Knows This Is Nowhere – Neil Young
Marrakesh Express – Crosby, Stills, Nash and Young
My Love Is A Gentle Thing – Stephen Stills
My Baby Blue – Dave Mathews
New music? Oh, OK… Neil Young is a great but he aint a great today. It has been ten years since CSN&Y reunion tour, twenty years since “Freedom” but within the past five years I’ve wasted tons of money on sustained pieces of crap like “Are You Passionate,” “Living With war, “Greendale” (ugh -was Greendale the worst album he ever made or was that “Trans”?) and this years “Chrome Dreams II”? I missed him on tour this year but my friend tells me he was staggeringly boring and I absolutely believe him. Anyway, the first three songs on this list are all excellent and all from the eight (yes, eight) CD “Archives,” two live, one the single version, all wonderful, all pointless if you already own em. The other two are from “CSN” -one you know like the back of your hand, the other isn’t very good (it is back when SS was a preening narcistist par excellence). Rick Rubin is threatening to get CSN back in the studio for a new album: if anybody can bring out their inner asshole he can. Why do I keep on buying songs by Dave Mathews? Will I never learn?

Complicated Shadows – Elvis Costello
Femme Fatale – Elvis Costello
I Felt The Chill Before the Winter came – Elvis Costello
Hidden Shame – Elvis Costello
“Shadows” I know from his “All This Useless Beauty” album and even with the the banjos and bluegrass I am not sure why he re-recorded it (it’s not as if it’s a lost masterpiece and it isn’t as if he has added much too it) but it is a hell of a lot better than a perfectly perfect countryfriend and fiendish “FF”. I mean FF? Why? Critics are comparing it to “King Of America’ presumably because they have never heard “KOA” -“Chill” is a pretty good country ballad featuring Loretta Lynn and “Hidden Shame” -another outtake from “Beauty” sounds like Del McCoury with a headache. T. Bone Burnett producing but you can’t go home again, you know. Can’t wait to see him at the Beacon next week but…

Just Snap Your fingers – Marshall Crenshaw
All the Beautiful Things – Eels
The Journey – Delores O’Riordon
Marshall is the anti-Mathews in my book. I bought his new “Jaggedland” without listening to a song. For decades now I’ve just loved everything he has released and it has been YEARS since “What’s In the Bag”? This is a wonderful song though more poppy than the electric atmosphere I’ve noticed on a first listen of the album. MC writes melodies like other people breathe. I liked didn’t love the Cranberries back in the day but today it is a pleasure to hear O’Riordon’s elongated lines and irish brogue. The E in Eels with another downbeat, somewhat gorgeous ballad.

My sister Feriel noted that I ignored Cliff Richard being a born again Christian. I didn’t think it was germane to his music (unlike, say, Dylan in his born again period) but since my fave song of Sir Cliffs later period was the spiritual “Whenever God Shed His Light In Me” I am happy to correct the oversight.

A quick mea culpa: I claimed Mandy Moore’s “Bug” sounded like hubby Ryan Adams when it actually sounds like Lucy Roche. A pretty piece of folk-pop.