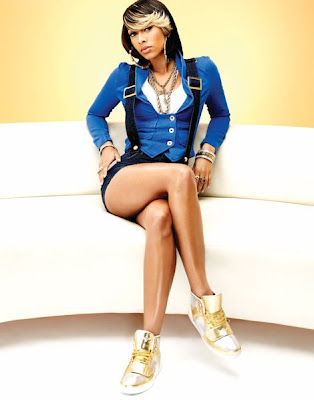 Knock You Down – Keri Hilson
Supernova – Mr. Hudson
S.O.S. – Jordin Sparks
English lads Mr. Hudson record for Kanye West’s label and their record is a very pleasant trifle and I like the lead singers soprano and the slight touching up of the voice on the verses with West being autotuned. It’s clever modern pop. Keri Hilson is a very talented writer behind songs by folks like Neyo and Britney (bitch) and “Knock you Down” is a very good song off her very good “In A Perfect World” . Former Idoler Jordin Sparks is waiting for her close up and in the interim joins the cue. These three songs (and so many others) could interchange their tracks almost -the doctored highly metallic vocals, the doctored highly metallic drums. If I want to be bored by music I want to be bored by this music rather then, say, the 80s synth bands. In both Keri’s and Sparks case the beat is very good, very powerful, even the synth is a part of it. Anyway, Keri is good and slighly above average, her voice nothing much, her songs catchy and very much of the moment. Mr. Hudson is good and just about average, his voice quite nice. Sparks is the only one of these three I’ve seen live and I thought she was the real thing but she still hasn’t found the material to get her too the next level.


Tape Op Blues – Peter Holsapple and Chris Stamey
Widescreen World – Peter Holsapple and Chris Stamey
My Friend the Sun – Peter Holsapple and Chris Stamey
The Great Escape – Ian Hunter
Holsapple was the man behind the great 80s power pop band the dB’s out of Athens, Ga with Mitch Easter and all those “Let’s Active” cats and I always thought the dB’s were a much better band then their contemporaries R.E.M. With Stamey, Holsapple and the dB’s were behind two of the great albums of the 80s: “Stands For Decibles” and “Repercussions” and without Stamey the third of the triology “Like This”. They were highly arranged pop-rock songs in a line from the Beatles thru Big Star. “Tape Op Blues” is a very smart song about the business of being in a pop band. In its own way the song’s on a par with Lowe’s “They Call It Rock”. It takes place as the band is recording the album that was meant to be its big breakthrough but ends up being the harbinger of their big break up. “Widescreen World” has one of those quirky Stamey type constructions jumping octaves between verses and is a reminder as to why the dB’s never broke as big as they might have. “My Friend the Sun” is another big blousy melody from Holsapple just like he has been writing for the past twenty-five years -maybe I take him for granted but we’ve been here before. The young dude himself Ian Hunter can still knock off a pub-rocky completely old fashioned catchy number when ever he fancies like “The Great Escape” with its great chorus “…if you gotta get away you gotta get away especially if the other guy’s bigger than you”.


Chromatic Fantasy II – Brodsky Quartet
“The Hunt” IV – Brodsky Quartet
Little Girl – Bill Frissel
There is a connection to rock here: Elvis Costello. The Brodsky Quartet played with Costello on his album “The Juliet Letters” and Bill Frissel recorded the Bacharah Costello “Painted By Memory” as “The Sweetest Punch”. The string quartet is playing Dave Brubeck and Mozart here and sound equally comfortable with both. The great jazz guitarist Bill Frizzel is performing very short, very ambient and quiet pieces on “Disfarmer” and it is a lovely thing that will have me exploring the album further at some point.

Too Many Rappers – Beastie Boys
I Do – Lil Jon
Hearts Collide – Green Day
I am not a believer when it comes to the Beastie Boys, they haven’t released anything that’s thrilled me since “Hello Nasty” in 98. Also, while they blew my sox off at MSG opening for Run DMC in the late eighties I have seen them several times since then and even at the closing of their Tibet Festival at Randalls Island they kinda sucked. I am sick of Nas who is on this track as well -Nas is prolific and he can still hit it out of the ballpark from time to time but I haven’t really loved him since “Nas Is Like…”. The song is OK -nothing great. Lil Jon was way overated when crunk first came out but this year he has been all over the place and always first rate and this song with Snoop is very exciting stuff. The problem with rapping with Snoop is Snoop is so distinctive you tend to disappear into the mix but Lil Jon is awesome here. I am going to see Green Day at MSG Monday and this non-LP b-side is as good or better than anything on “Breakdown” which might not be as great as I thought it was but is still pretty damn great.