Me and Polly Magoo; lost rock clubs; best sets ever; people I should love and don’t 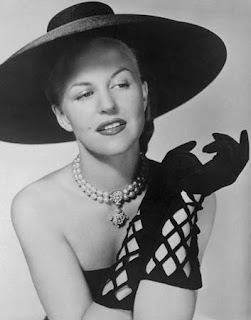 Back in the day PJ Harvey could do no wrong: from the insane charged and sexual confusion of her earliest solo work like “Dry” and “Rid Of Me’ to the Jungian wetness of “To Bring Your love To Me” (possibly the best album of 1994) we were right there with her.

But then things went wrong. “Dance Hall at Louse Park” was a disaster and though “Is This Desire?” was anything but a disaster Polly wasn’t playing guitar on the “Is This Desire” tour and the concert was stupified. She followed that with another great album , the New York Centric “Stories From The City, Stories From The Sea”. I don’t much like Thom Yorke -more on that later- but his duet with Polly, “The Mess We’re In,” is a beautiful wrought vocal.

Then came “Uh Huh Huh” which i didn’t like and then “White Chalk” which i didn’t bother with and I’d have passed on “A Woman, A Man Walked By” (her third collaboration with oldband mate John Parish) as well only Itunes saved me. I bought the single “Black Hearted Love” and liked it enough to try the title track which is one of the strangest and most wonderful pop song experiments. I followed that with “Pig Will Not” -a (s)cream of defiance, and then bought “Sixteen, Fifteen, Fourteen”. Like Jim Farber noted in the New york Daily News: you aint never heard anything like it.

And I weakened and bought the album and although I already had the peaks I don’t regret it.

Incidentally, I saw Polly twice on her “To Bring You My Love” tour, front row at Beacon Theatre (price? $55) and once at the late lamented Academy on 41st (i think) opposite the old NY Times building. A wonderful old theater with a GA balcony that made it worth getting in line early for. I saw Oasis on the “Definitely Maybe” tour there, Blur on the “Park Life” tour, tricky opening for Bjork, Ramones last concert ever (I think…), Smashing Pumpkins at the height of “Infinite Sadness…” A wonderful rock venue long gone.

So was the “Peppermint Lounge” in its second incarnation, you could sleep it off for two hours on their sofas, wake up and catch the Fall playing “Hip Priest”; Hurrah’s; Great Gildersleeves; Mudd Club; Max’s Kansas City; the Kitchen… three, four sets a night if you ran fast enough…
But I am going to mention two SETS that are among the best I’ve ever seen. The first was Peggy Lee opening for Mel Torme at Carnegie Hall back in 1995. Torme was supporting his lovely …Sings Bing Crosby” and Peggy Lee… Peggy was ill. She had diabetes and was carried on stage and settled on a big sofa whereby she picked up her microphone and shed the years: again that spitfire of song ripped through Salsa standards and songs she herself wrote. “Fever,” brought the house down, “Why Don’t You Do right” did the same, “Manana” “He’s A Tramp” (I think that’s what its called, she sings it to Lady in “Lady And the Tramp””. On and on… Four spontaneous standing ovations. How did she do it? How can it be done. needless to add Mel torme couldn’t even begin to follow her. he was fine but Peggy Lee was elixir. Nobody who was there will ever forget it.
The other set I want to mention is Sleater Kinney opening for Guided by Voices at Central Park Summer Stage. It was 97 or 98 and they were pushing their best album of all time “Dig Me Out” and Village voice were comparing them to the Clash and on a warm and sunny saturday afternoon they deserved it. Touching on all of their three first (and three best) albums they lived up to the hype and then some. They were my Joey Ramone.
I said earlier I don’t much care for radiohead and i don’t. I’ll take “Kid A “and i’ll take “Amnesia”… but OK Computer? The greatest album of all time????
And with the threat of apostate looming over my head… Ray Charles and Aretha Franklin suck live…