Is Eight Minutes With Mariah Carey Too Long? Writer Brett Jensen (re)Mixes It Up 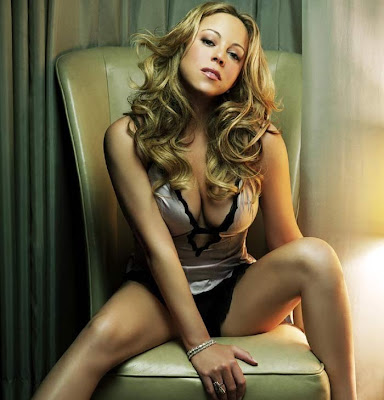 Before getting to work on his magnum opus on Muse writer Brett Jenssen plays connect the dots between bad sex and long, long, long remixes.
“Now I don’t usually do this, but eh…”
The art of taking an existing song and “making it your own” with a remix is a dangerous one. A remix of a song may seem a loving homage to a song by an artist. However, it’s always important to consider that if the song is so great, maybe keep your goddamned amateur hands off of it.

Remixing can produce great things and horrible things. So to get a good grasp on the dangers of remixing a song, let’s take a look at the history of chopping up audio. The very first remixes came from Reggae dance hall culture in Jamaica. Local artists and DJs would strip Reggae music of its vocals, and just play the instrumentals behind them. This may sound innocent enough, but considering that Reggae is the second-worst type of music in the history of ever, a dangerous precedent had been set. Bob Marley is bad enough. If you take him away and just play 10 minutes of “The Wailers”, you have music only enjoyable to people under the influence of drugs.

You heard it from me first: Marijuana abuse in the Caribbean is the result of remixes.

You may not have heard the name Tom Moulton before, but he has personally embarrassed you in front of a lot of people. Yes, you. This may seem like a strange claim, but I hate Tom Moulton for what he’s done, and I think you’ll shortly feel the same way.

There you were. You had a drink in your hand. You were looking good, and feeling a part of the music and crowd around you. You were singing along to a popular song being played. You knew it by heart, after all. The verse you were singing ended, and coming up was the amazing chorus. You belted out the first few words… but then a rush of embarrassment hollowed out in your chest. The asshole DJ was playing a remix. Instead of breaking to the chorus… WHERE THE CHORUS BELONGS… the remix artist had decided to insert 12 bars of breakdown. Now everyone’s looking at you. It doesn’t matter if the whole room knows that the chorus usually appears there. You just yelled out misplaced lyrics in a crowded bar. You douche.

The son of a bitch responsible for your moment of social isolation is Tom Moulton. He introduced remixes and breakdown sections into Disco songs in the 1970s. (Disco is, after all, the worst type of music in the history of ever) Right where the original artist had built a stirring chorus or heart-rending wail, Tom Moulton put whatever the fuck Tom Moulton wanted right there. Surprise! You look stupid now.

The art of remixing is like the art of fashion design. If you don’t know what you’re doing… if you have no godly business doing it… people will know. People will know, you will look stupid, and you’ll embarrass yourself by an act of vandalism to an already-accepted work.

There have been some beautiful things created via remix. The Grey Album may be the coolest thing ever.

However, when Mariah Carey decides that you will listen to Mariah Carey for eight minutes more than you’d planned, I object. A bad song remixed into a longer bad song is like bad sex. Its fine if it goes on for a little while, but oh Jesus, is this song STILL ON!?

As a smart man told me, “I’d rather hear a good song twice than a bad song once.” So, by an inverse proportion, I’d rather listen to a single remix on repeat for the rest of my life than hear anything from the Black Eyed Peas ever again.