What Would Elvis Do? Part Two 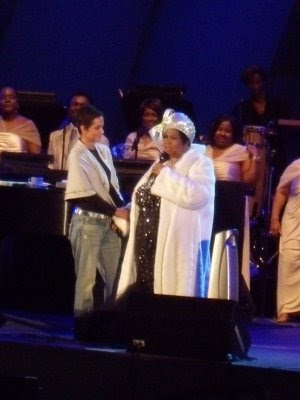 What excuse is there for not going to see Aretha Franklin at Radio City Music Hall? How about I’ve seen her a number of times before and she has been lousy each and every time. There was a concert at Carnegie Hall around the time of the release of her last great album, 1998’s A Rose Is Still A Rose and it was an embarrassment: if I never hear her son rap again it’ll be too soon.

On the other hand, it’s ARETHA FRANKLIN doing a set called GREATEST HITS. I mean, given her size she sure aint gonna be here for ever and maybe, just maybe, this night Aretha is gonna get to work.


What would Elvis do? No way would Elvis miss the Queen of soul and neither will I. Expect the review tomorrow.