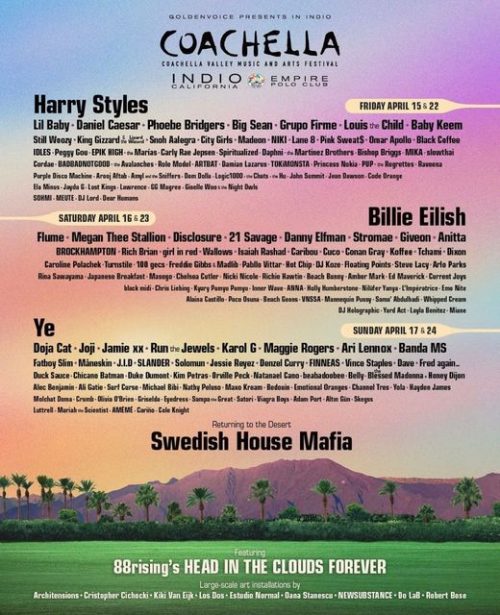 The Coachella 2022 Lineup Is Here, And It’s Not So Great

Did you notice that Ye is playing on Easter Sunday?

At the 2013 Electric Zoo “Eat Sleep Rave Repeat” was the national motto and Fatboy Slim actually does it justice, and that’s one of four good new songs on the chart including, shockingly enough, the only time the Wanted have ever trounced One Direction and not including the lousy new Eminem. Eminem has some killers on his new album and this ain’t that.