Off the Wall off the hook 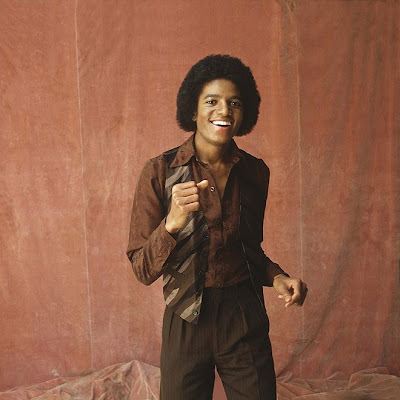 1979 of course… I mean when else would Michael Jackson’s greatest album have ben released? And so much seems lost in time here but first and foremost this is part of the disco revolution -it is mostly music and its best being listened to in a club at 2am drunk, coked, happy, dancing and if you were a DJ and you wanted people dancing any track -well, accept for “Off The Wall” penultimate moment, would do it.

Because, honest, this is mostly first tier disco. Listen to the break on the title track: it could well be the Bee Gees, listen to the horns on “Working Day And Night,” listen to the drum machine on “Rock With You” -everything is throwing down to the producer Quincy Jones and giving up to a distinct, highly mercurial, and groove which despite the heavy orchestrations is very light on its feet: the beat never bears down hard.

The fear would be that MJ might disappear into the mix here; his personality not strong enough to stand up to a form where EVERYTHING is a black hole being sucked into the dance. One reason disco didn’t have any staying power was because it was a producer and not a vocalist or group’s medium and this album made MJ a superstar (it sold a mind boggling 7 million copies) because he maintains control on “Off The Wall” -he is your date from “Don’t Stop Till You Get Enough” thru “I Can’t Help It”. He is sexy and exciting and a symbol of a perfect date for many girls. And he was also unthreatening.

White American Males suffer from sexual panic when it comes black males. That’s why we are always jailing em -fear of a black planet indeed, but fear of it because we think they are stronger then us, have bigger dicks. They’re gonna mug us, rob us, and rape our wives and worst of all our wives are gonna moan with pleasure the way they never do with us.

But not with MJ -not even this early in his career. He was sexy the way Fred Astaire was sexy; with a suave sensuality. Quincy once mentioned that MJ was really crying while singing “She’s Out Of My Life” -imagine Chuck D. doing that. So we’re not talking Mandango here folks. This was pure money in the bank because white males embraced him completely: he cut a swath right thru all demographics.

The album is a short (though not for the times) 34 minutes and it is all brilliant though nothing is as straight out wonderful as “Rock With You” -a greatest song of all time contender if ever there was one. Everything that came after this for MJ -even “Thriller,” owes a debt to this superior template.

“Off The Wall” is the stuff of legends.