My Most listened to songs of 2009 on Itunes 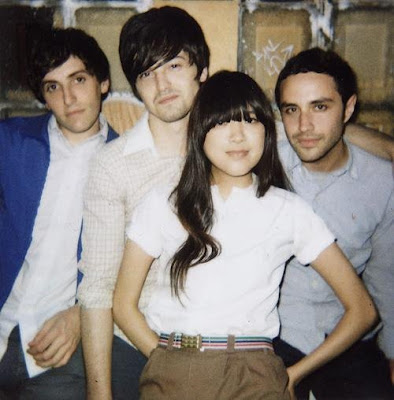 Young Adult Friction – The Pains Of Being Pure At Heart – I remain unconvinced the album is the alt indie pop revelation its fans claim -but there is no gainsaying this song
California On My Mind – Wild Light – “Fuck LA, fuck San Francisco, fuck California”.
Strange Enough – NASA – This is the second time ODB has made a girl vocalist sound even better thru proximity. First Britney bitch, now Karen O. “Is that what you want?” Karen asks.
Sixteen, Fifteen, Fourteen -PJ Harvey – This is the PJ Harvy I’ve been waiting for since “Is This Desire?”
Waking Up Drunk – Titus Andronicus – Yeah, I know it’s 2008, I cheated.
I Need to Know Where I Stand – Rhett Miller – Great song, iffy album.
Blood Bank – Bon Iver – This guy has started a movement, you can hear his sound on every other Deer band.
Peacemaker – Green Day – If all of “Breakdown” was this great…
Best Of Times – Glenn Tilbrook and the Fluffers – Terrific in concer and this is Tilbrooks best song in many a long year.
Crack A Bottle – Eminem – Before the album tanked this promised a major hit.
Day ‘N’ Nite – Kid Cudi
So Human – Lady Sovereign
The Ballad Of The RAA – The Rural Alberta Advantage
Wantin’ Here Again – Ben Kweller
Diddy Bop – P. Diddy
The Seven Nation Army – The Oak Ridge Boys
Imma Be _ Black Eyed Peas