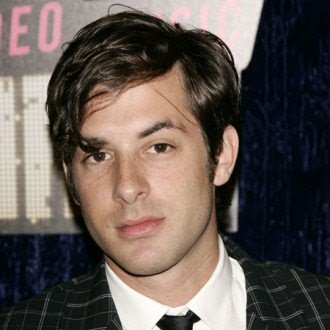 Here’s a syllogism for all you pop pickers.

Demand for MTV lead to the demise of the Soviet Union.

Demand for Michael Jackson lead to demand for MTV.

Therfore demand for Michael Jackson lead to the demise of the Soviet Union.

So do we forgive him for being a pederast because he knocked off our biggest enemy?

Me, I forgive him for being a pederast because he made great world music. I am lstening to his album “Invinsible” and it knocks the socks of anything Neyo or Usher or Genuwine (who has long longed for MJs mantle) have done yet. At the time it felt like a disappointment and one reason I am listening to it now is because I know his other material too well. This sounds fresh to my ears, I had completely forgotten “Heaven Can Wait”. Because, here’s the point, dance music is world music and the world loved MJ because was a conduit for everybody’s urge for freedom. he was as great a case of (as George Clinton once coined it) free your ass and your mind will follow, or, the sound of rhythm speaks from our first ancestors directly to us, as Paul Simon noted, the story of how we begin to remember.

In Linda Stasi’s New York Post article yesterday she is repulsed by the outpouring of grief for this child molester. But people aren’t grieving the death of a child molester; they are grieving for a man who broke down musical and racial barriers and lead to many great things, who lead to the President very directly.

Look at it this way: it is neither illegal nor immoral to find children sexually attractive; the morality lies in actions and demonization helps neither the children nor the society. Dismissing pederasts as monsters is a self evident truth but then what? Let’s agree MJ was a monsters and let’s also agree he was a genius -then let’s discover the truth and learn about it. He deserves the accolades for his achievement and if he was a child molester when he was alive he deserved to be in jail and now he is dead he deserves to be explained in detail. Remember, the man in the mirror is always you.

I will be in Scotland in late August and will miss the tremendous DJ Paul Oakenfold (ps: the ten days I’m away I will also miss Britney, Taylor Swift and the Pet Shop Boys: just shoot me now) at Summerstage. I went back and listened to his tremendouns remix of Led Zeppelin’s “Baby I’m Gonna Leave You” which builds on drums till the bass lick takes over the song. Then the next day I was playing a mix in the office and somebody was pulled up by Mark Ronson’s remix of Britney’s “Toxic”. Tigger is doing thevocals and an ODB sample keeps repeating (“ooooh, baby I’m burning up”). these two guys are so good and never better then on their albums “Another World” and “Version”.

I listen to Lady Gaga a lot and while no one can predict the future we can sure predict the present and in the present “Lady Gaga” reminds me of “Madonna”. Alll Lady Gaga is missing is her JellyBean Benitz and, and, and… maybe heart? A song like Madonna’s “Physical Attraction” is innocent by definition and a sound like Lady Gaga’s “I Like It Rough” is very, very big. Inevitable stuff but still they share more than they don’t: the rush of youth and the rush of the gifted introducing themselves to an audience that will expound proportionately