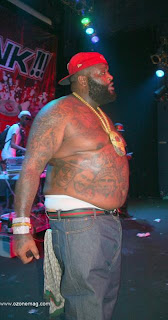 Three was not the charm with Primal Scream, “Zombie Man” is all foot stomping and hand clamping signifying nothing.

Three was the charm with Pet Shop Boys, “Did You See Me Coming” is yet another synth-pop confection off “Yes”.

When I was a wee slip of a lad I had no time (tight or otherwise) for Stax/Volt, getting most of my r&b kicks from Motown. That is till my sister’s boyfriend at the time (a career criminal) turned me on to Booker T and the MG’s “Green Onion” album. Booker was keyboardist for the Stax/Volt’s house band and the MG were a hard r&b band. Mike went to jail for breaking and entering (her home) and gave me “Green Onion” on his way to the big house.

Booker T. has been around (writing, producing, session work) ever since then but he hasn’t released a new album in years. With Drive By Truckers and Neil Young on lead guitar “Native New York” is a driving, gorgeous rock boogie, the best work Young has recorded in a coupla years. A coupla other stand out tracks off Booker T’s new album “Potato Head”, a cover of “Hey Ya” where you don’t miss Andre’s vocals (because the keyboard replaces em!!) and “Pound It Out” which lives up to its name.

Steve Earle gave his son the middle name of “Townes” but all he can do on the EP of the same name is remind us how great Townes Van Zandt was -which was certainly one of his intentions. Now, if you don’t know Van Zandt (a first rate folkie riddled by alcohol) buy “Rex’s Blues,” and a greatest hits. If you do know him, try Earle’s cover of “To Live Is To Fly”.

I thoroughly enjoyed Yusuf (the former Cat Steven’s) 2006 “An Other Cup” and this single, “Thing About You” (from the soon come album) is as pretty as anything you can imagine the Cat doing.

The Dandy Warhols never broke as big as the world thought they would; stuck in the shadow of the Brian Jonestown Massacre first they were hip and unpopular and now they are unhip and unpopular. “And Then I remixed Of yes” from their “Earth To Remix” EP is real good and pretty utilitarian (meaning: YOU CAN DANCE TO IT).

Buji Banton is possibly the greatest reggae singer ever but his last great album was “Inna Heights” in 1997. I am only two songs deep into “Rasta Has Soul” and I am very impressed with “Rastafara” and will get around to buying the entire album and tell you more.

“Maybach Music 2” from Rick Ross’ “Deeper Than Rap” is the best hip hop song i’ve heard this year (anybody know what the sample is from?) and hearing Lil Wayne, Kanye and T-Pain on the same song leads me to the unmistakable conclusion Lil Wayne is the better rapper. The single “Magnificent” isn’t up to much.

And tomorrow we start again!!!!