Chipmunk Cancels All Personal Appearances Due To Exhaustion 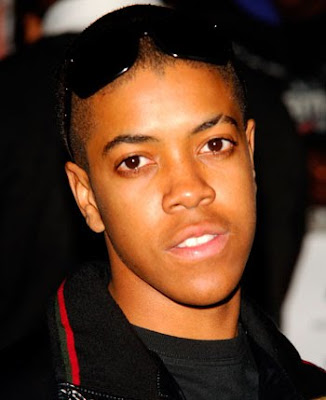 What is the hard part in making it big Last week we told you how Baria Qureshi, the XX guitarist quit due to exhaustion. Now comes word that English rapper Chipmunk, who has been riding the number one single in the UK all summer,  is taking a break due to exhaustion. Chipmunk had been twittering messages such as “I want to die” and “Is suicide easy?”

A spokesperson for Chipmunk said “Since finishing his A-levels and completing work on his album, Chipmunk has been working incredibly hard on generating a successful music career which has taken its toll on such a young artist.’


The rapper is eighteen years old.


Aren’t their laws against this kind of thing? What is going on in the entertainment industry. It’s ashame Charles Dickens is dead -he’d have a thing or two to say about child labour. It’s amazing, you want something so bad and when you get it it all but kills you


Between the mind screw of fame and the exhaustion of a constant pressure to perform, it is a type of insanity and it can kill people. Of all the things that caused britney Spears to break down, the pressure that comes with fame was high, high, high one the list


Because really fame is a type of horror. Look at it this way: you’re walking down the street and you see a cute girl and you smile at her and she smiles back. You’ll feel good about yourself. Now imagine everybody in the world is smiling at you and watching you whether you want them to or not. Insane. In this weeks Parade Magazine Robert De Niro says how lucky he was too have not got famous till he was thirty because he had years when people treated him normally. Once he got famous everybody told him  “yes” all the time.


It makes the star a god with the world bowing to it, pleading with it, wanting from it just access, just too be admitted into the glow. Have you heard Tyler Dean’s song “Taylor Swift”? He sings “Now that I’m older I just want to be seen, hanging out talking about the two of us”. He doesn’t wanna be with Swift, he wants to be acknowledged by his peers as the person who is with her. He wants her fame to rub off on him. Everybody wants the famous person but what do they want them for? Do we think they are nice? They can’t be nice. They gain fame but they lose something. Here’s why. If we treat somebody like a god they will act like a god but they are not gods. But they’re not humans either. They aren’t us. They are neither. They are monsters.


Michael jackson’s father is still sdazzled by MJ’s fame, is still jealous and greedy and needy, and MJ is a corpse. Lohan’s father releases tapes of private conversations, Britney shaves off her hair, Chipmunk is eighteen and he wants to die, Cobain was twenty-six and he did die. Over there is the end result of your flirtation with forces you CAN NOT CONTRO: mass adoration, over here is the false idol: you. And the two can not be connected. In the only way you can get your self back, the real you, is to stop being famous: Lennon: “I wake up in the morning and I look into the mirror and I see: whhooooo? me. ” It’s a terrifying thought. Lennon died and he still hadn’t tied up those loose ends. He retired and it killed him anyway.


Poor Chipmunk. Eighteen years old and he doesn’t know what hit him. The tidal wave of fame leaves us worrying at what we wish for.