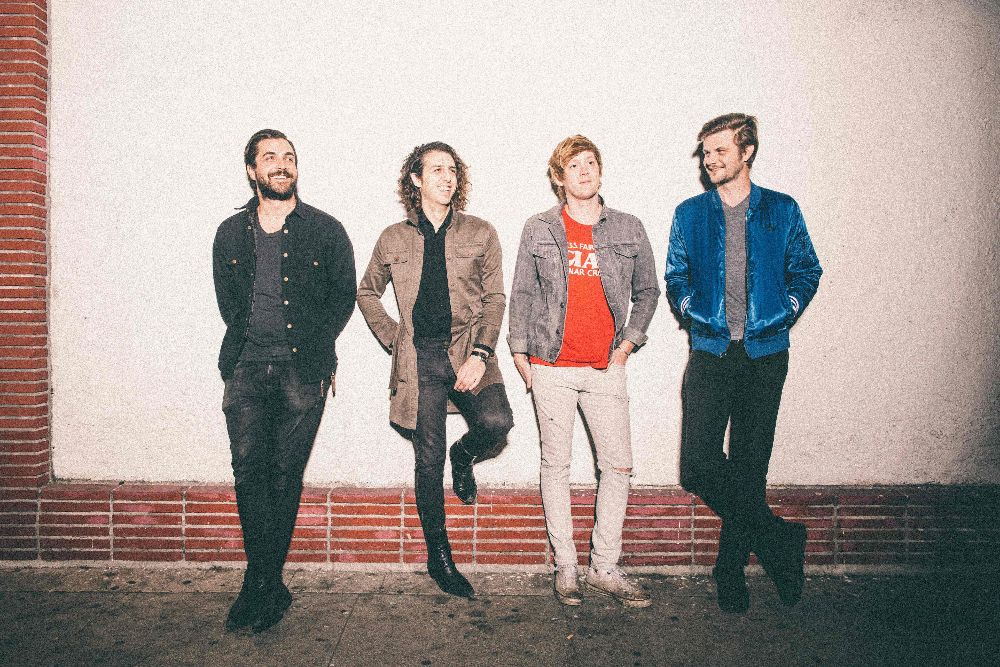 “The melodies and lyrics seem to connect the dots between rock, punk and some grunge allowing to really evoke the feelings and emotions that the verses hold within.” – Wolf in a Suit

Today, LA indie-rock outfit, Yacht Punk, release their latest record, Ghosts. They shared a new single, “Modern Condition” with The 405 yesterday ahead of the LP release who called it “a hard-rocking new single.” Check out the album up top in full and read a bit about the album below!

“The album has been a work in progress for the last 2-3 years. It was originally going to just be a 4-5 song EP, but eventually we ended up having enough songs for a full album. There’s not a lot of artists who are put out full albums anymore, and most say its just flat out a bad idea. That ended up being a big part of the allure, I wanted to try something that not a lot of other artists were doing. At the end of the day I think the album has a flow and a lot of variety, and we hope that everyone can find something on the record that speaks to them.” – Graham Bockmiller, Yacht Punk

If you happen to be in the Los Angeles area tomorrow night, the band will be playing an album release show at House of Machines at an event in collaboration with TRASHed and Coachella. Go check them out if you’re in town. More info here!

Laying on the floor of his unfinished basement studio in Beachwood Canyon, Graham Bockmiller realized it was time to go out on his own. The LA-based band Great White Buffalo had run its course, leaving him unsure what would come next. Graham spent the next year holed up inside his studio by himself; contemplating life, writing, collecting nude calendars of Eastern European women suggestively holding large trophy carp, and experimenting with the raw recording skills he had taught himself. Inspired by artists like The Strokes, Foals, and HEALTH, he began exploring new sounds and textures outside of the traditional rock staples of guitar, drums, and bass – testing the limits of his DIY recording chops in search for a more interesting, vibier sound. These songs would later become the beginning of Yacht Punk.

Graham tinkered on demos until a chance meeting with Michael Pozzi (guitar) at Davey Wayne’s on Hollywood Boulevard. Michael was all-in on the project after visiting the studio and hearing where the music was going, and they were soon joined by Graham’s roommate Tricky (drums, no discernible first or last name) and Justin Ricard (bass). They took the demos to producer and indie-rock guru Matt Wignall’s (Cold War Kids, Mando Diao, J. Roddy Walston and the Business) eclectic Tackyland studio in Long Beach. In his converted garage studio (where “Hang Me Out to Dry” was recorded), Wignall took the music to further and weirder places with his unique production black magic. Afterwards, the band brought the tracks back to LA, where they were finished with mixer/engineer Will Brierre (The Killers “Hot Fuss”). Their single “Need a Reason” was featured on Spotify’s New Noise and Fresh Finds playlists.

So here it is. Yacht Punk sounds like Stephen King’s movie Maximum Overdrive took a handful of downers. It has something to do with free-basing weed wax off nice silverware you heated up on an electric stove. It’s drinking daiquiris out of a hollowed-out pineapple at a vampire bar, flying on acid. It’s doing hippie-flips in the desert while eating steak dinner with a roommates’ retired relatives, having a black dumpster cat named Mazzy Star, and destroying another pair of white Converse. No, they don’t ride on yachts and they don’t play punk.