Worst Pop Stars Ever… And The Winner Is… 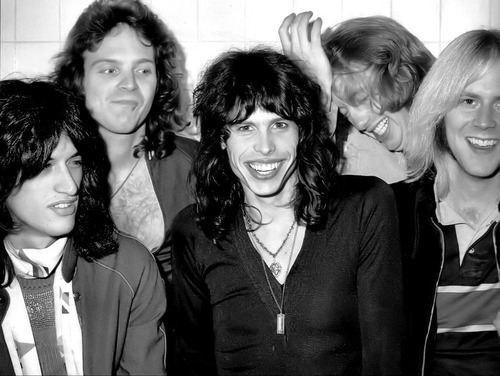 So now rock nyc is back up and running, how about this: the worst big-time pop stars of all time… For me, the winner is a somewhere between Aerosmith and the Police.

Aerosmith -a pale Stones knock off for the bridge and tunnel crowd.

Blink- 182 – I saw em with Kid Rock once, they were great, then I saw em 20 years later and they are the would be grown-ups of your worse nightmares.

Chris Brown – If you can forgive him for beating up Rihanna, and appreciate his dancing, his last two albums have been chart hustling behemoths with minimal skills or hits. unless he pays Drake to join him

Emerson, Lake And Palmer – Like Yes with better haircuts

Freedy Johnston – Two great albums and then nothing, plus what was with that Rolling Stone interview?

Genesis – I mean after Gabriel left, of course.

James Blunt – I saw him open for Ed Sheeran last year, loved everything about the deprecating and witty fellow -except his music, which I hated. When “You’re Beautiful” is your biggest hits, you ain’t gonna make it with anyone anyhow.

Jay Z – Never recovered from the time he retired from hip hop to run Def Jam. But at least he wasn’t woke… till now

Kid Rock – That Rebel Without A Cause was great, and he can be awesome live, but on record he peaked early and his Southern boogie is overwrought and how

Kurt Vile – Just in case you thought being Neil Young was easy, here is proof that it is, in fact, impossible.

Lady Gaga – She never got past “Paparazzi”

Pat Boone – The living, breathing embodiment of racism in the 1950s. I mean, really, why was he singing Little Richard if not racism?

Pavement – Atrocious on stage, they had two masterpieces and not much else.

Phil Collins – I wasn’t gonna bother but… “A Groovy Kind Of Love”?

REM – Another band that had a space of time, from 1992 – 1996, when they were the greatest  in the world, but nothing before, nothing after, and they always sucked live on stage.

R. Kelly – Once meant to be the Stevie Wonder for a new generation (pace: Chocolate Factory), just look at him now

Soundgarden – Chris over sang, the band overplayed and how

Steve Winwood – One of the great soul singers lumbered himself with MOR crap songs… stuck behind his keyboards, he kinda sucked live.

Taylor Swift – On the brink of being the greatest of all time, she went too pop

The Clash – Sure, we all love the Clash: but has anybody made more on less?

The Dave Matthews Band – It isn’t just his voice, but his voice doesn’t help

The Who – Never recovered from losing Keith Moon.

U2 – Went through an incredible period between Achtung Baby and Pop but nothing else on either side. Still at least they were awesome live… except they aren’t anymore

Usher – Once meant to be the Michael Jackson for a new generation, he hasn’t had a hit in years.

Yes – Somewhere Beethoven is doing cartwheels in his grave