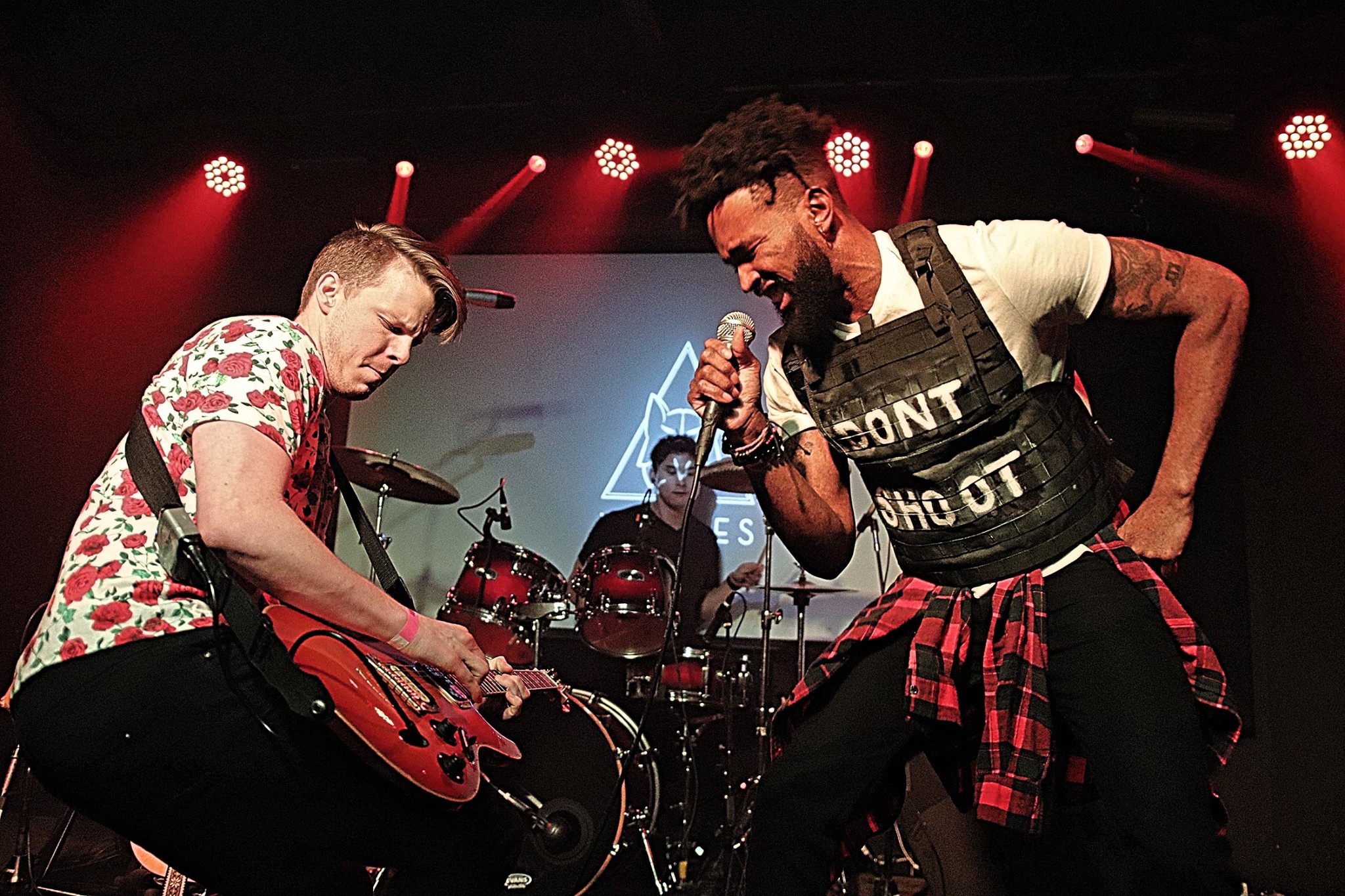 Wolves get sometimes bad press but they are in fact superb and noble animals, which form strong bonds and move together in packs towards common goals,… the upcoming band Wolves completely understood this animal’s spirit as explained singer Marc Avery: ‘I can’t think of a better way to describe us. The three of us are all about the good of the group; every day we try to embody that philosophy in our music and beyond.’

Wolves was headlining the Satellite on Friday night and the trio gave a powerful performance in front of an enthusiastic crowd, while playing an uplifting and hybrid music:  ‘We wondered what it would be like if we took all these different influences we loved—artists like Michael Jackson, the Eagles, Coldplay—and rolled them all into one band today,’ has declared drummer Rockwell Sands. The music was certainly eclectic and multi-influenced but Avery, a black man, arriving on stage wearing a bullet-proof jacket reading in large white lettering ‘DON’T SHOOT’,  told us right away that Wolves had also some important message to deliver.

The all-bouncy music was filled with high energy embodied by restless Marc Avery who was dancing and jumping at the sound of Sean Carney’s daring guitar and Rockwell Sands’ explosive drumming. With a R&B sensibility in the vocals and a good try at moon-walking, the dynamic trio made the crowd dance while playing a series of rather eclectic songs which were nevertheless shining with a radio-ready sound. Adding a bluesy guitar solo here, some explosive drumming there and more exotic beats — which could even remind reggae at times on ‘Can’t No One’ or ‘Say the Word’ — their sound had definitively sonic nuances difficult to pinpoint at first, building the ultimate jam and a style of their own, with the omnipresence of Avery’s sincere crooning.

Unsurprisingly, the trio has already earned top spots on the Billboard charts and heavy rotation on Sirius XM Hits 1 and have received accolades from diverse press outlets. At the Satellite, they started with the triumphant “Shoulder to Shoulder”, which was released on Martin Luther King Day, and was described as resurrecting the emotions on Marvin Gaye’s ‘What’s Going On’, at a time we all need to hear a positive message, the song being more a reinforcement of strength in unity and equality than a fight. Right away, they were pushing the level of energy very high with a blend of pop and R&B delivered with the ferocity of rock and an urban twist, addressing the crowd with a hip-hop-style enthusiasm between songs, and a series of engaging ‘come on, come on’.

During their set, they went crescendo in stage intensity with fast-hard bouncing beats, making everyone clap and jump along, rarely slowly down except for some more stripped down parts. The high energy of the show barely slowed down till their more poignant moment during ‘Waves’, which brought all the cell phone lights up in the air. ‘You Stay, I’ll Go’ triggered a sing along during a catchy poppy chorus and a sensual accent in Avery’s falsetto, while the sexy ‘Black Lingerie’ brought a dancing girl on stage.

All set long, Wolves managed to break genre barriers while looking for the next anthem with an engaging mix and an infectious uplifting spirit. You could see here and there some bold rocking lines and an hip hop style, but nothing was too obvious to bend the songs toward a specific genre. They closed their set with their debut single, the hot ‘Animal’, and at this point Marc Avery had removed the bullet-proof jacket and his shirt for a steamy hip moving dance party and plenty of ooo-ooos echoing in the crowd and stomping in the future stadium where they will perform soon. 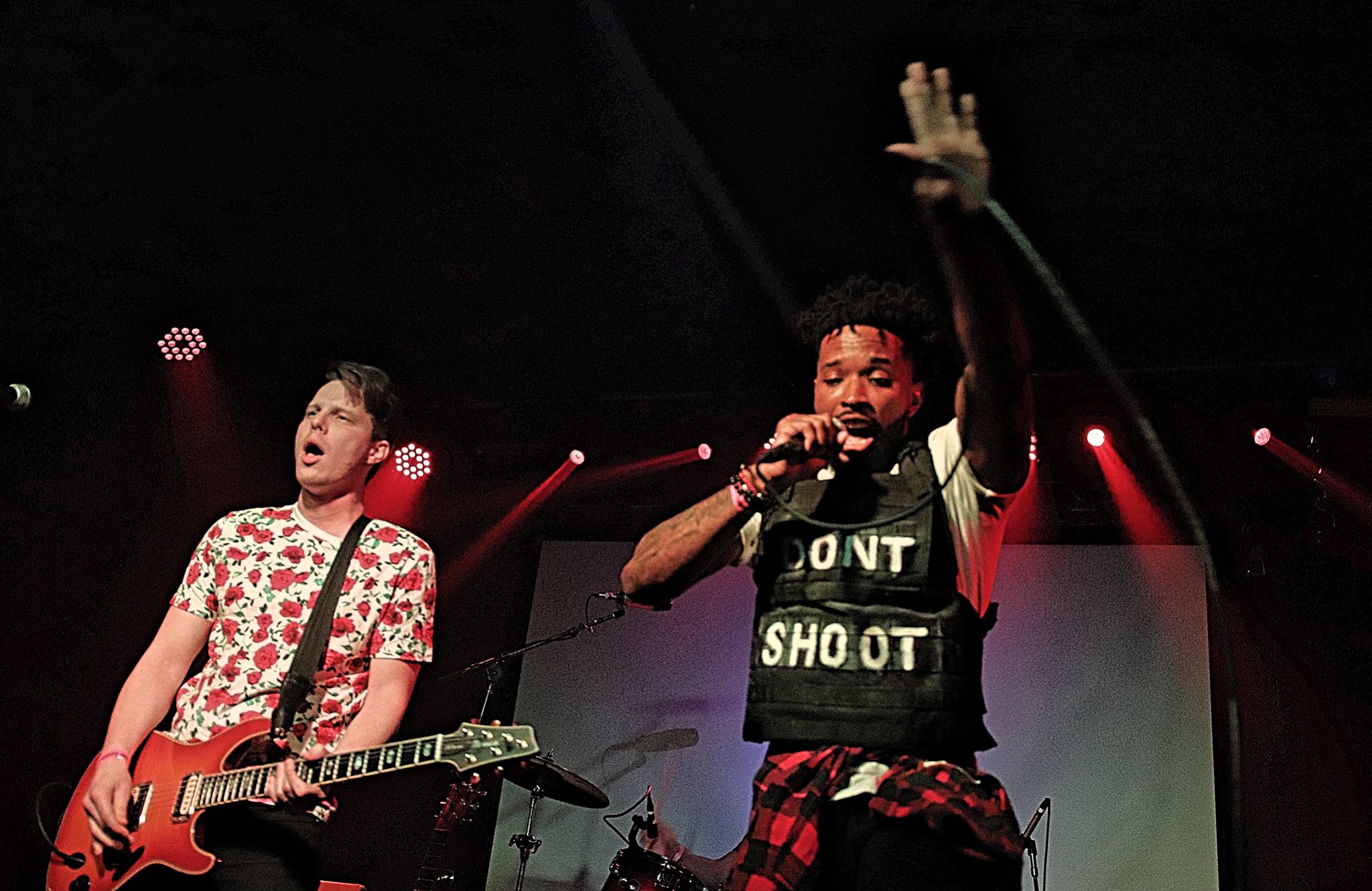 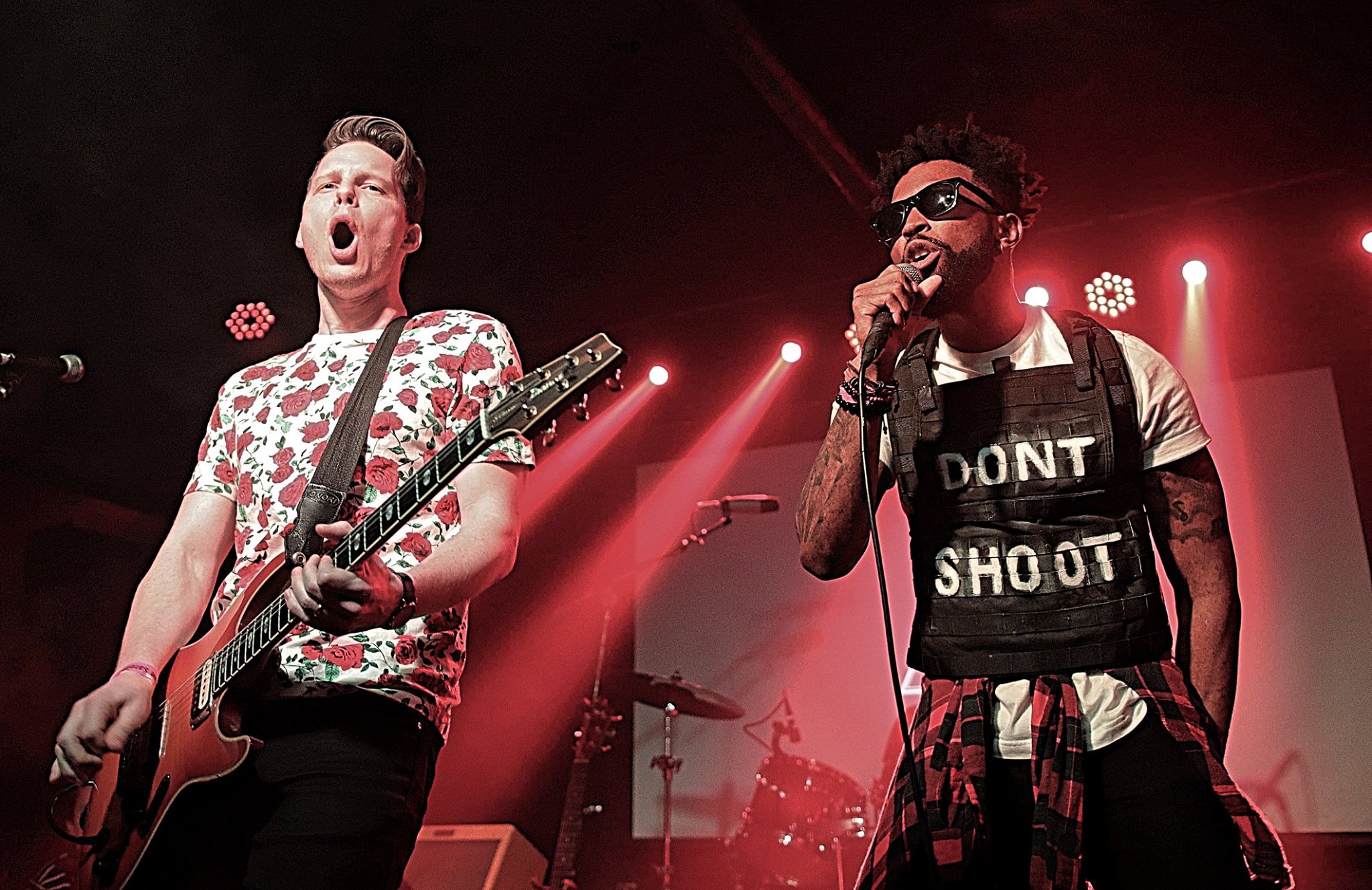 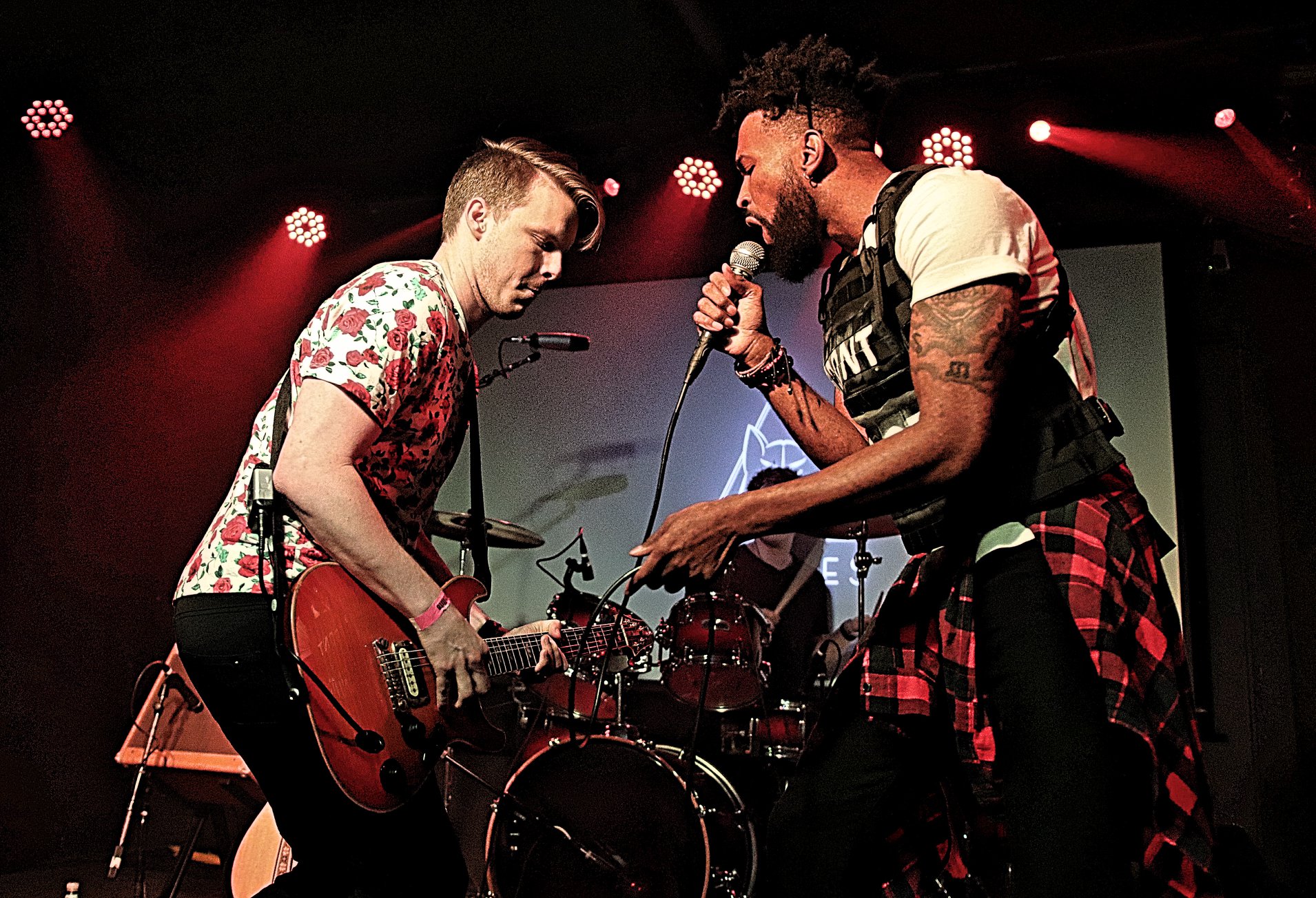 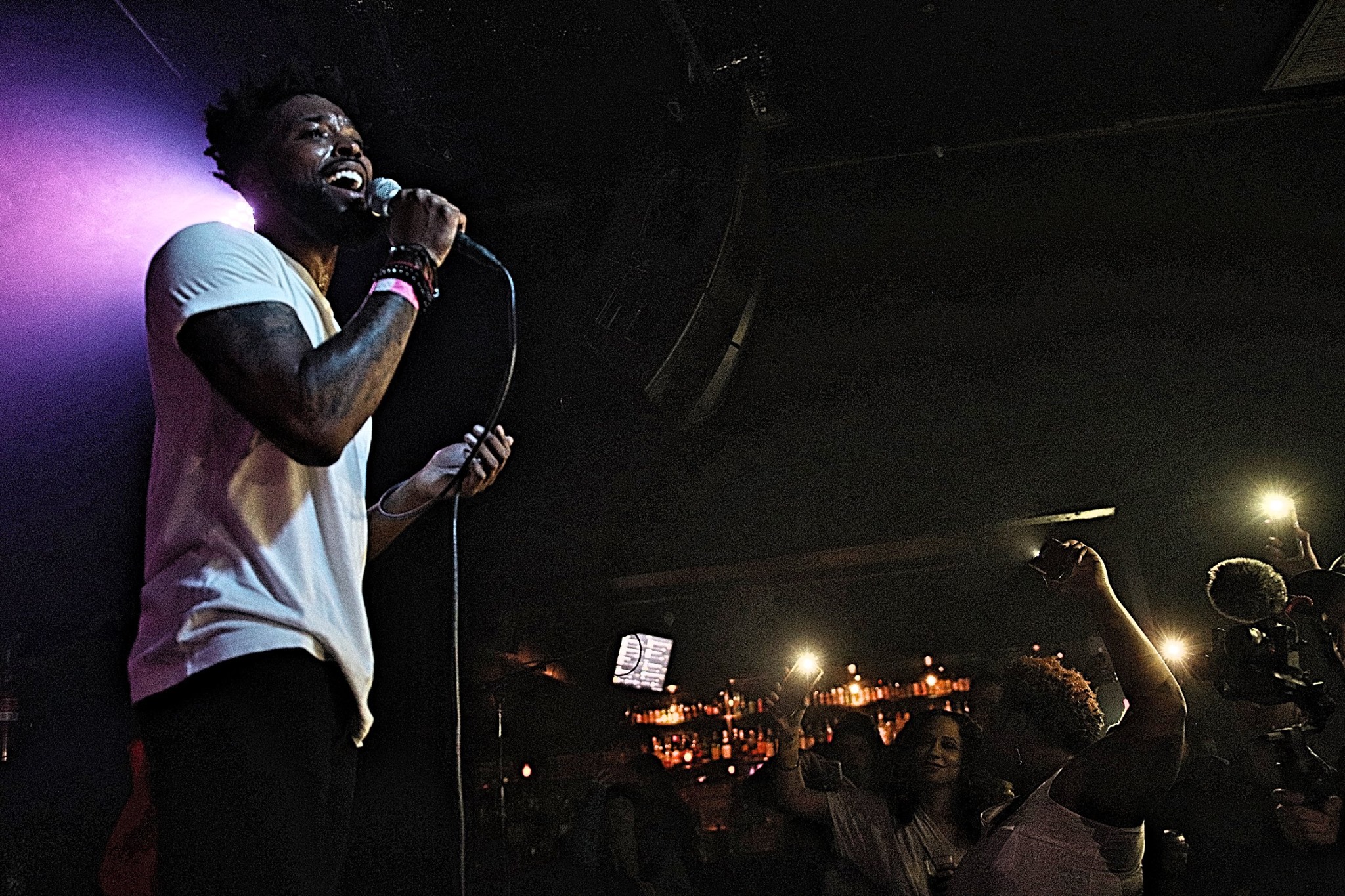 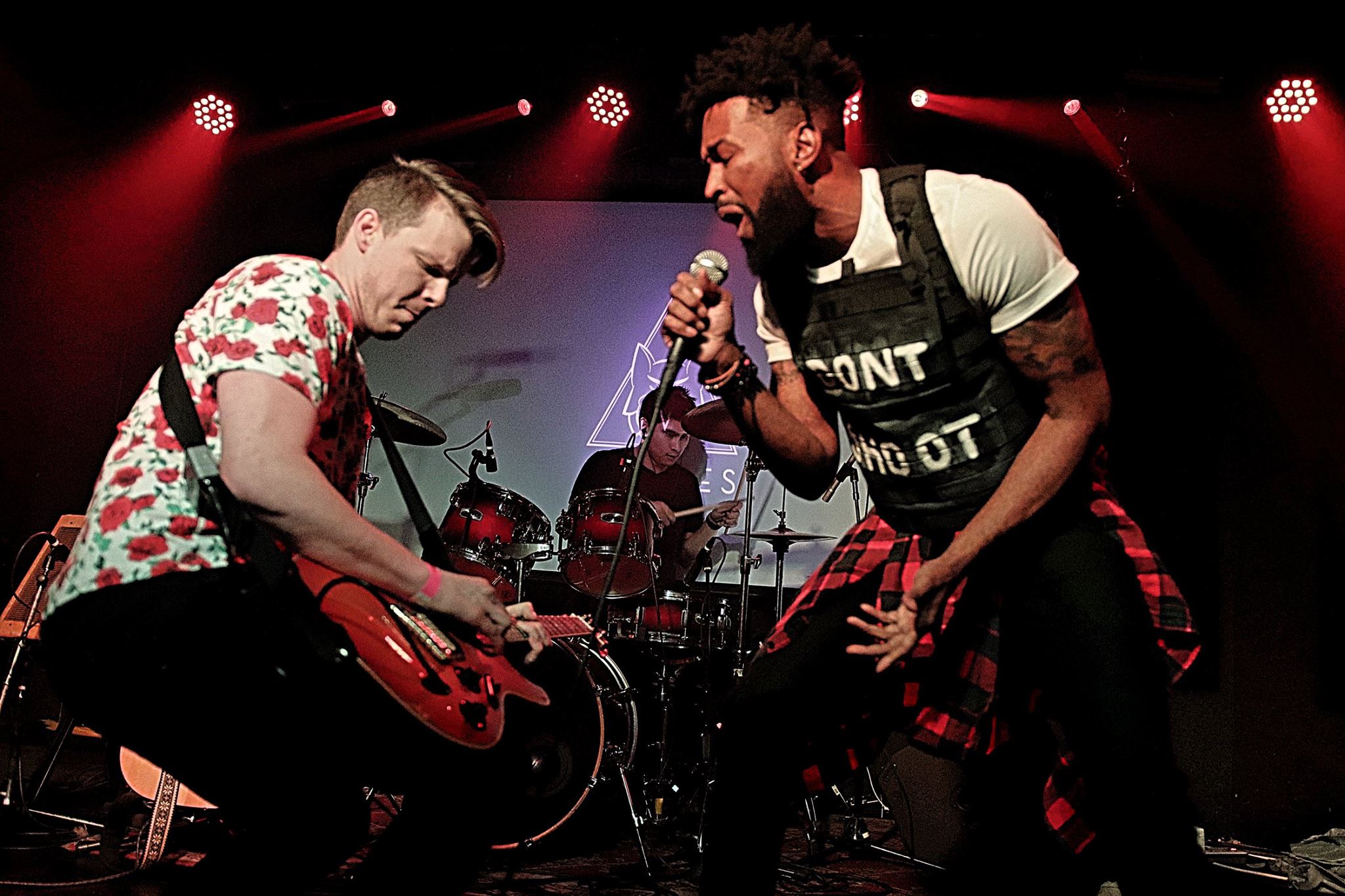 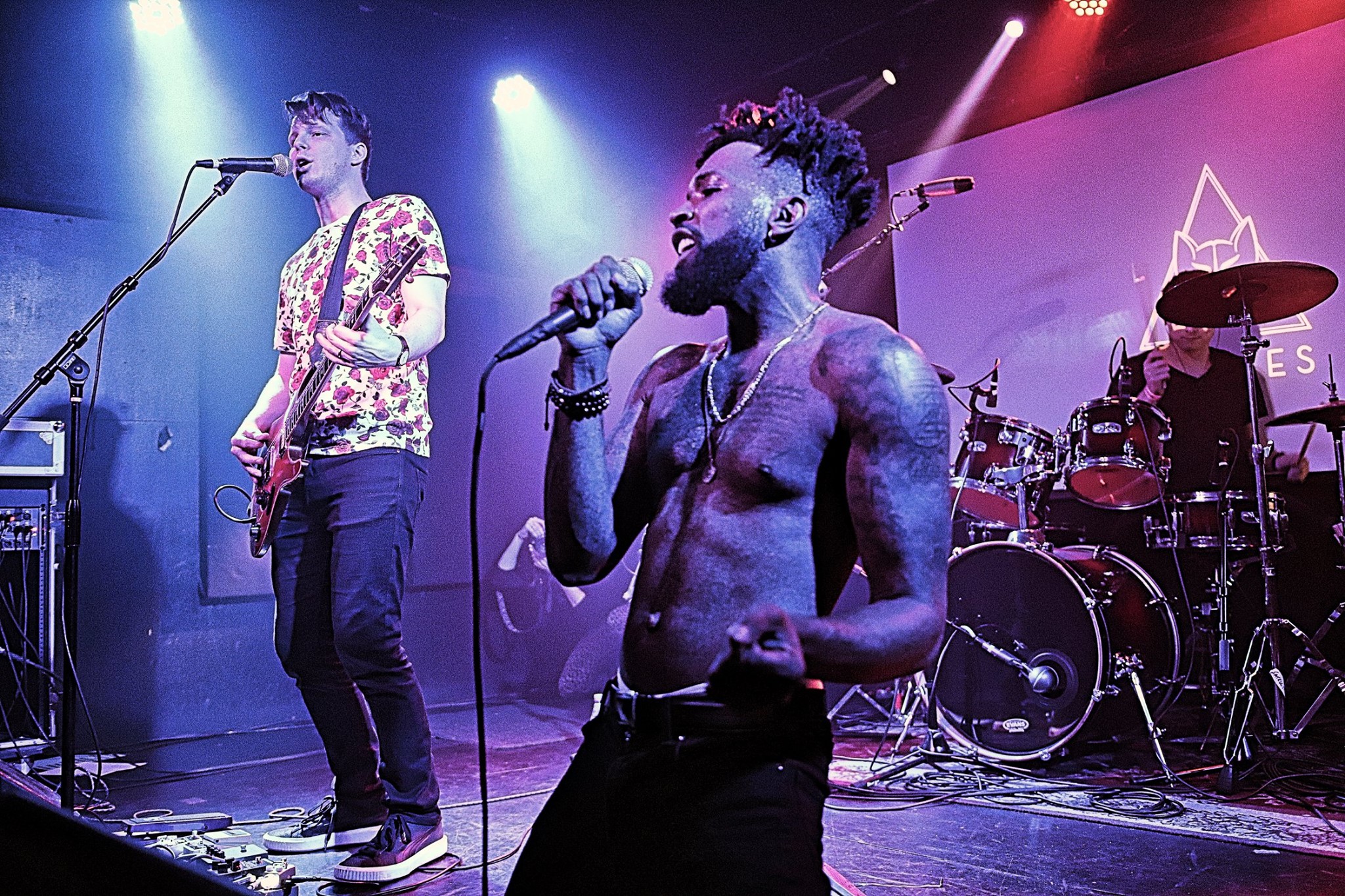 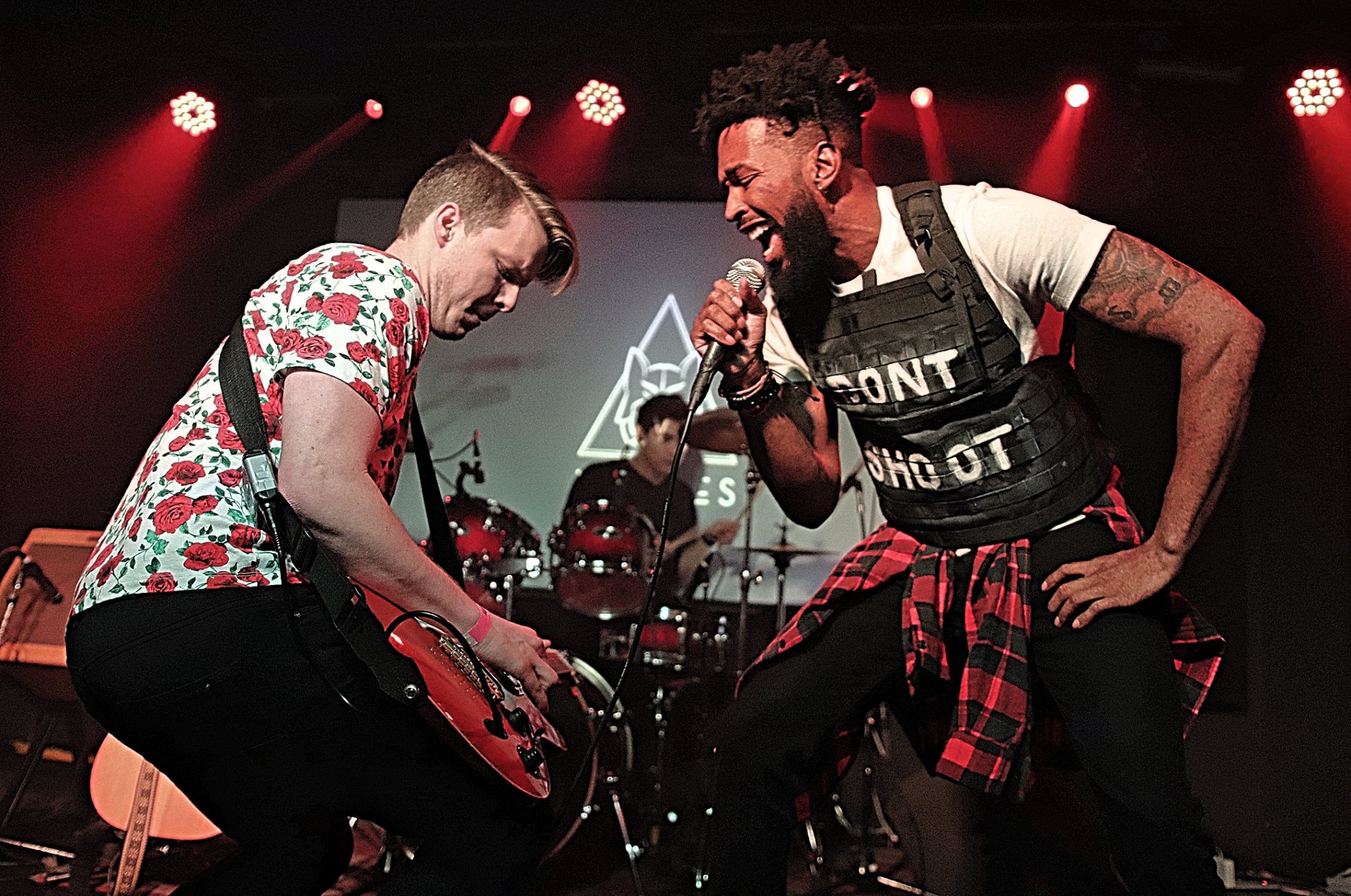 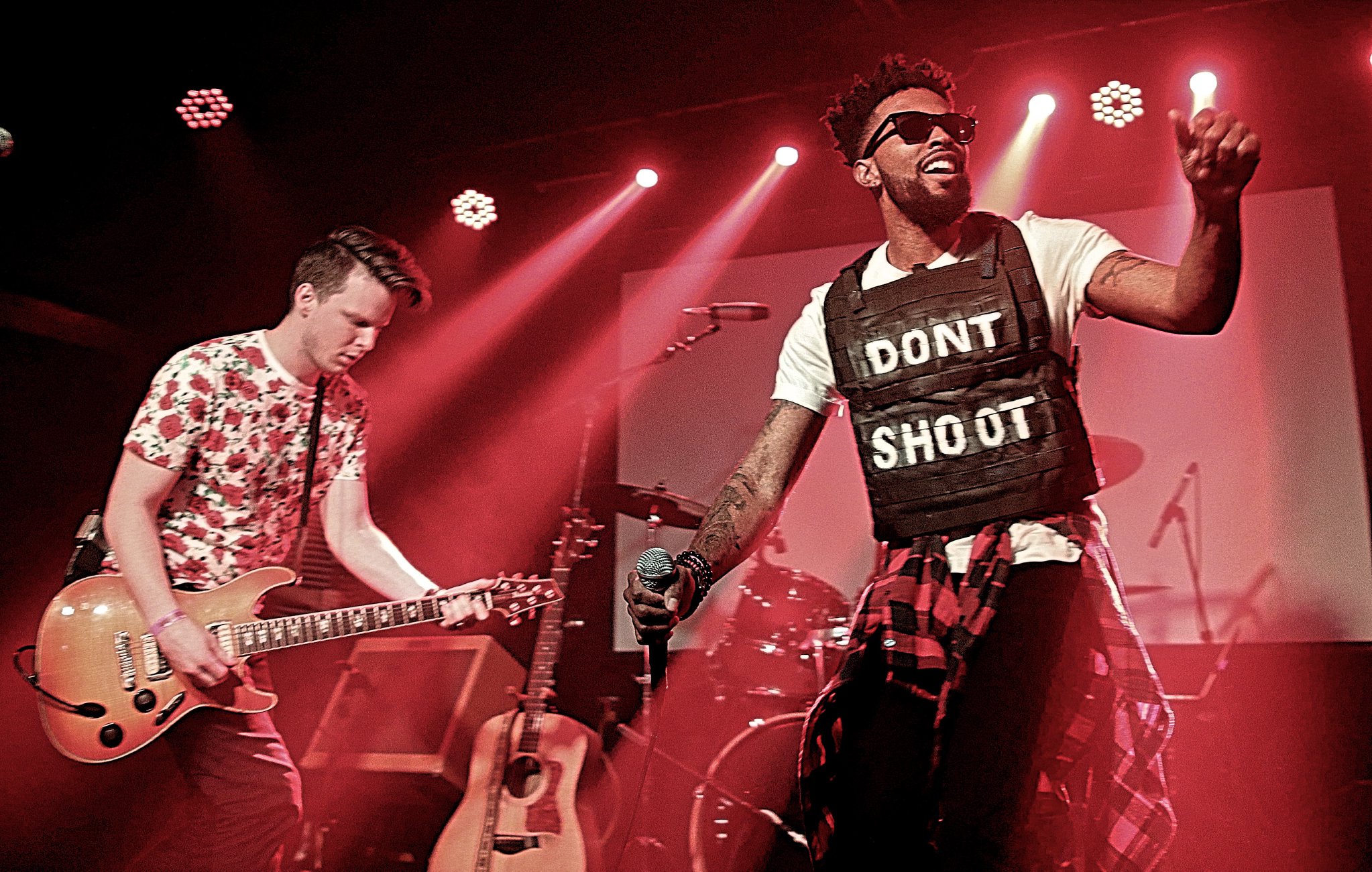