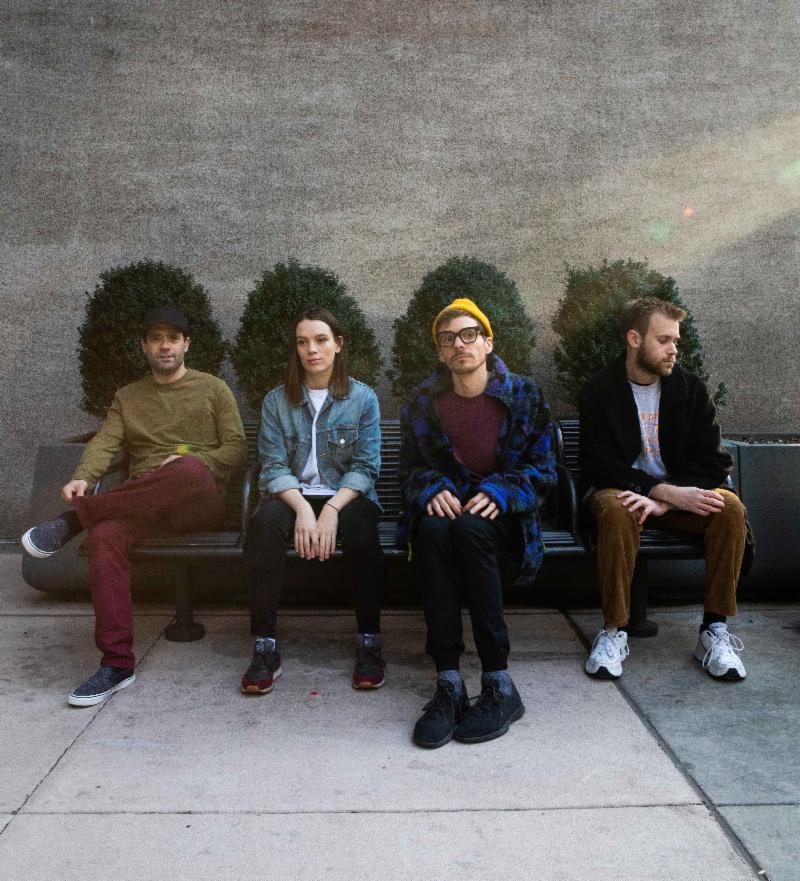 Cloudy With a Chance of Sun

Winnetka Bowling League have just released a new single from their forthcoming EP, Cloudy With A Chance Of Sun, titled “Slow Dances”. Of the track, the band’s singer/songwriter, Matthew Koma, says “‘Slow Dances’ is a song about obsessing over the different endings that could’ve been. Seeing the annoying as endearing in retrospect and hoping she hears the song somewhere out in the world and knows it’s for her.” Listen to “Slow Dances” HERE
The release of “Slow Dances” coincides with a hometown show tonight, April 3rd, in Los Angeles at The Hi Hat in Highland Park.

Winnetka Bowling League’s second EP, Cloudy With a Chance of Sun, is set for an April 26th release on RCA. Predominantly produced and recorded by the band’s singer/songwriter, Matthew Koma, the six track EP includes new songs “Kombucha,” “Slow Dances,” “Diane,” “Sixteen,” “Something In The Air” and “Cloudy With A Chance Of Sun.”

Definitely the first time you’ve heard “non fat” rhymed with “Prozac,” “Kombucha,” the first release off of Cloudy With a Chance of Sun, is another end-of-a-relationship anthem. Winnetka Bowling League’s penchant for cars and freeways continues, but instead of “On The 5”s “‘92 Subaru,” the protagonist of “Kombucha” is ending a relationship before hitting the road in “my Honda on the 101.” Directed by Zach Sekuler, the video takes place in the Elliott Salter Pawn Shop in West Hollywood.

Winnetka Bowling League’s debut single “On The 5,” a love letter to the baked asphalt of a California freeway, perfectly encapsulated the melancholy of a past romance conducted under blistering sunshine. The track, released at the tail end of the summer, was an immediate hit at college radio where it spent three weeks in the top 5, was playlisted on Sirius XM’s’ AltNation, and has received over 1,000,000 streams to date. Not bad for the first release from a newly formed band of musical compadres named for their singer’s bowling league in the San Fernando Valley.

Following their self-titled debut EP in September, Cloudy With A Chance Of Sun, continues Winnetka Bowling League’s knack for crafting perfectly calibrated songwriting with a cornucopia of pop culture references.

Relative new arrivals to the Los Angeles music scene, the band recently played two sold out shows at the Moroccan Lounge and have returned home after their East Coast jaunt for their biggest SoCal headline show to date at the HiHat in Los Angeles tonight. Purchase tickets HERE.

Pre-Order Cloudy With A Chance Of Sun HERE.

Cloud With A Chance Of Sun EP Tracklist:

Keep Up With Winnetka Bowling League: