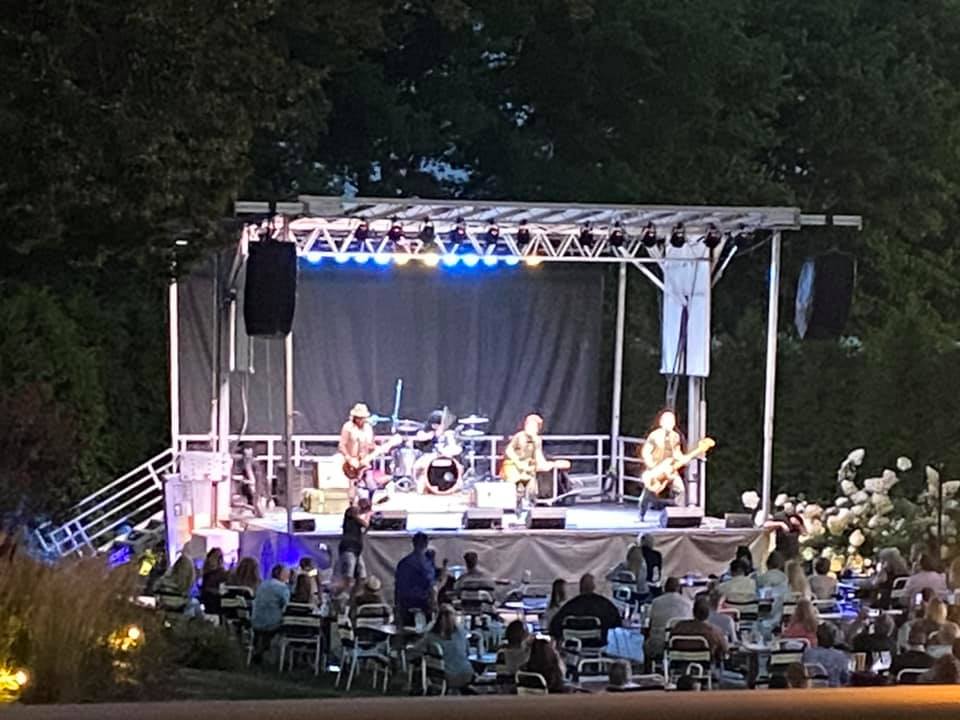 An amazing thing has happened. I have actually been to more concerts than your host Iman over the last 5 months. I lead 2-0. Thanks, coronavirus. Actually thanks to the good folks at the Count Basie theater in Red Bank NJ who have found a way to put on safe shows during this disaster of a year. Last month Southside Johnny pioneered the drive-in concert in the parking lot of Monmouth Park race track, as I previously reported here. Last night I was fortunate enough to see two of my favorite artists, Willie Nile and James Maddock, at the Blue Grotto, the restaurant that’s part of the same facility.

This was a comfortable, civilized way to see a show. We sat at our socially distant tables, had a pretty good meal and some wine, and got to hear LIVE MUSIC! I forgot how much I missed it.
And evidently, so did the performers.

James Maddock opened the evening with a 40 minute set. He was accompanied by David Immergluck of the Counting Crows on guitar and mandolin, and a bassist whose name i unfortunately did not catch. He started slowly, not helped by the fact that the volume was a little too low for the size of venue. Things picked up once that was corrected. Maddock is a wonderful songwriter with a warm, slightly raspy voice. His song “Fucked Up World” was certainly apropos. He closed with two of my personal favorites, “Another Life” and the gorgeous “Beautiful Now”.

Willie and his band came out on fire. The entire set was high energy rock and roll, performed with evident joy. Willie has been doing some live streams, but this was his first full band show in six months. At times that showed, as he came in a little early with vocals a couple of times, but really, who cares? LIVE MUSIC!! His set included a few songs from his new record “New York at Night”. He also did marvelous covers of Lou Reed’s “Sweet Jane” and Tom Petty’s “Runnin Down A Dream”.

I have long loved Willie Nile since hearing his first album in 1980- yikes, is it really that long? In this age where hip hop and teen pop seem to dominate, it’s nice to see good old rock and roll with well-crafted songs. He has always had a special bond with his audience, and seems truly appreciative of their support. It’s hard to imagine how mid-level musicians like Willie and James have managed to stay afloat during this pandemic. This type of show seems like a good way to allow concerts to go on in a safe environment. If they’re all as enjoyable as this one, I certainly hope so.