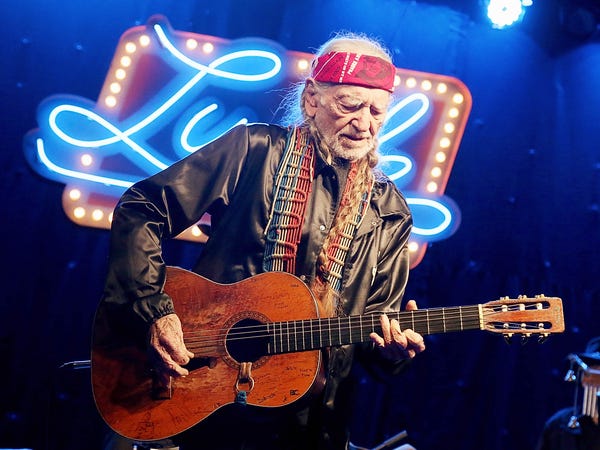 According to Tennessean and NPR, Willie Nelson, with backing by Margo Price tonight at 7pm EST on Twitch (who gave us Code Orange last week):

This is from Tennessean (here):

Organizers of the March event announced Wednesday plans for “‘Til Further Notice,” an online concert held in absence of the traditional Texas reunion. The show takes place Thursday at 6 p.m. and fans can view it for free via luckreunion.com/tilfurthernotice or twitch.tv/luckreunion.

Margo Price and Jeremy Ivey on the red carpet at the SESAC Nashville Music Awards at the Country Music Hall of Fame and Museum Sunday Nov. 11, 2018, in Nashville, Tenn. (Photo: Larry McCormack / tennessean)

Artists — following proper social distancing as fear of spreading the coronavirus, or COVID-19, continues — plan to call-in from living rooms, home studios or practice spaces. Expect a few Texas songwriters to dial in from Arlyn Studios in Austin, a news release said.

While free, fans watching online can contribute to a digital tip jar. Donations raised plan to be divided “equally and transparently,” a news release said. Artists can donate the tips to a charity or fellow performer in need.”

Well, it is happening but I still think a Live Aid type deal is needed…  I plan to be there and, amusingly enough, I have written more live reviews in the past week than I have since December!!!