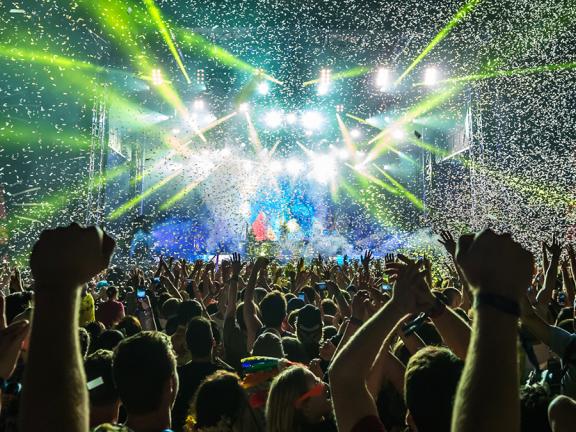 We are currently floating between two extremes, blind optimism, and plain pessimism. According to the New York Times, Dr. Anthony S. Fauci told performing arts professionals yesterday that we could go back to live concerts in the fall if the vaccination program was a success: ‘If everything goes right, this [will] occur sometime in the fall of 2021 so that by the time we get to the early to mid-fall, you can have people feeling safe performing onstage as well as people in the audience… I think you can then start getting back to almost full capacity of seating. We’ll be back in the theaters — performers will be performing, audiences will be enjoying it. It will happen.’

This was a breath of new hope if it was one, but how can we be certain of such a thing? Especially when you read the horrific numbers in Los Angeles county where the cases are approaching one staggering million, and the pandemic is raging. Will it be contained in a few months? Will music festivals be back in 2021?

So despite Dr. Fauci’s good news, plenty of major bands have canceled tours for the entire year ahead. The 1975 have decided to cancel all scheduled touring for 2021, admitting they are not planning to play anywhere until they can be sure that they will be able to play shows in a way that is safe for fans and crew. Nick Cave and the Bad Seeds have also canceled their European dates for 2021, and Bon Iver, who was supposed to play this spring in Australia and New Zealand, a country that is especially doing very well.

On the other hand, Justin Bieber’s 2021 spring/summer tour is still on with a long list of stadium/arena stops, and this sounds completely irrational. These dates were already rescheduled, and it may happen a second time.

As for music festivals, Outside Lands is still scheduled for August 6-8 in San Francisco, Riot Fest for September 17-19 in Chicago, Hangout Music festival for May 21-23 in Alabama, but honestly nobody knows if these festivals will happen. They are more careful in my close area, as there are no dates announced on Coachella’s website. Desert Sun paper says it’s not officially canceled although they are not very optimistic. And this is the same deal for Lollapalooza in Chicago, with no dates announced. Honestly, I seriously doubt that any of these events will take place in 2021, festivals are simply too big, too crowded, so too risky.

We are navigating between hope and despair, and it’s difficult to plan anything but the World Health Organization is now saying that we will not achieve herd immunity in 2021 despite widespread vaccination: ‘We are not going to achieve any levels of population immunity or herd immunity in 2021,’ WHO’s chief scientist Soumya Swaminathan said on Monday. Without herd immunity, how could we possibly gather in large numbers?

I could be wrong, but large festivals seem out of question for 2021. It’s possible that small venues will hold live events with masks and social distancing at the end of the year, maybe fall as Dr, Fauci says, but we will have to wait longer for area-type events and big music festivals.