Why So Many Colored Vinyl Records? Why So Many Variants Of The Same Thing? 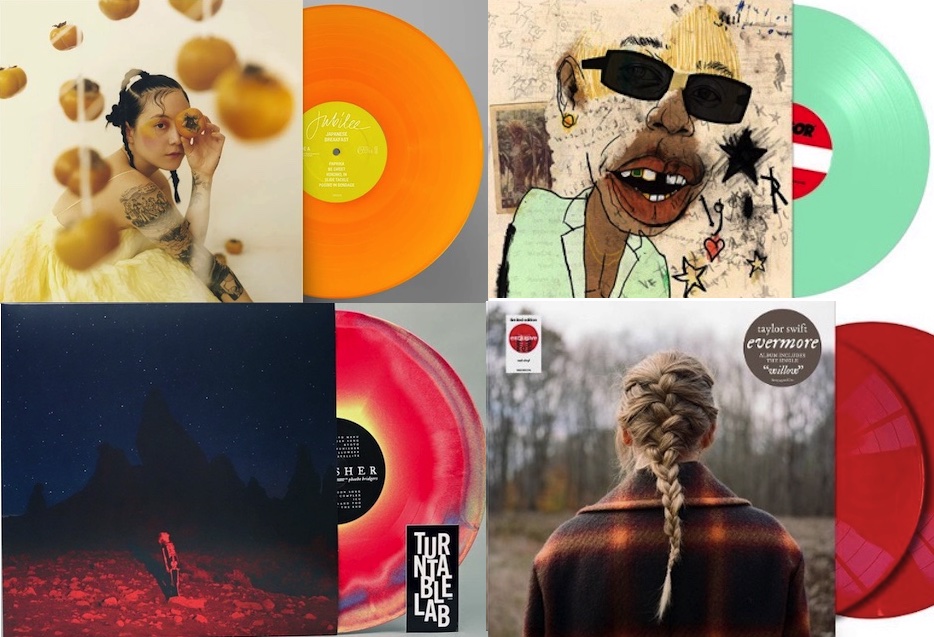 albums come in so many colored vinyl variants

I am not a vinyl buyer, I bought vinyl in the ‘80s and I don’t like going backward. I know vinyl is the craze today, but this sounds like an oddity to me in this electronic-digital age. But people enjoy their vinyl, and that’s fine, but I really don’t understand a relatively recent trend that seems to be out of control: colored vinyl. Buying colored vinyl is probably fun, and this is not what I am talking about, I am talking about the many variants of the same album and people buying this same album 2, 3. 4, 5… times because it is released in blue, red, green, gold, silver… I guess people can collect whatever they want, and are free to spend their money how they want, but this sounds like a gimmick just designed to exploit fandom.

First of all, there are plenty of discussions on the internet questioning the quality of colored vinyl, some people find them noisier, and it is generally recognized that black vinyl is stronger and lasts longer. However, colored vinyl pressings have another goal: they are cool and they target a young crowd that finds them fun and valuable.

Colored vinyl records are also for collectors as they are also more expensive than regular and boring black vinyl. Look at this $70 Taylor Swift’s ‘Evermore’ dark green vinyl, this $85 Ariana Grande purple vinyl, this $99.99 Gwar red white splatter vinyl, or this $99.99 Lady Gaga red vinyl, or this $800 pale green Tyler the Creator! Prices can vary a lot but in general, color boosts the price of vinyl.

Certain young indie musicians have understood this, that’s why you can find plenty of variants of the new Japanese Breakfast’s ‘Jubilee.’ You can buy a pink glass vinyl, a clear vinyl with turquoise swirl, a clear vinyl with yellow swirl, an opaque yellow vinyl, a clear vinyl with orange swirl… if you look at any recent release, it’s not unusual to see 2, 3, or 4 versions of the same album. As for the old albums, it seems that every reissue comes in a colored version. I bet you didn’t know you needed this psychedelic marble-splatter of ‘Sgt. Pepper’s.’

it used to be one, two, three colors, but I have recently noticed inflation in colors inside the vinyl world. Phoebe Bridgers probably sets a record with at least 10 different versions of ‘Punisher’: pink-blue swirly, opaque red, blue with silver swirls, blue and green swirly, red and swirly, clear-sea glass, translucent green and black, red and blue, yellow-red-blue swirl, gold… Is there a reason for so many versions of the same thing? Is it a real need among fans to own every single edition of an album, just because the color is different? Every time there is one of these limited colored editions, fans and collectors are tempted to buy the new one, and looking at the prices that they can reach on eBay, there is an obvious interest. To me, it is just a trick to make people consume more, it is just greedy and exploitative. It works like Pokemon cards for adults that you keep buying. Aren’t people seeing that they are being played? Or are they hoping that 15 vinyl of different colors will be valuable in a few years?

The vinyl industry is far from being a clean green industry. First of all, vinyl is not biodegradable, it’s made of PVC, a common plastic polymer made of fossil fuels, then the carbon footprint of a vinyl record considerably increases with the packaging and the transport. I know that the vinyl industry is trying to be more eco-friendly by using different methods and I know that streaming or any other way to consume music also comes with a cost environment-wise, but populating the earth with 5 to 10 versions of the same object cannot be a good thing for the environment. It just looks like the apotheosis of consumerism.