Why Is Courtney Love So Interested In Britney Spears’s Story? 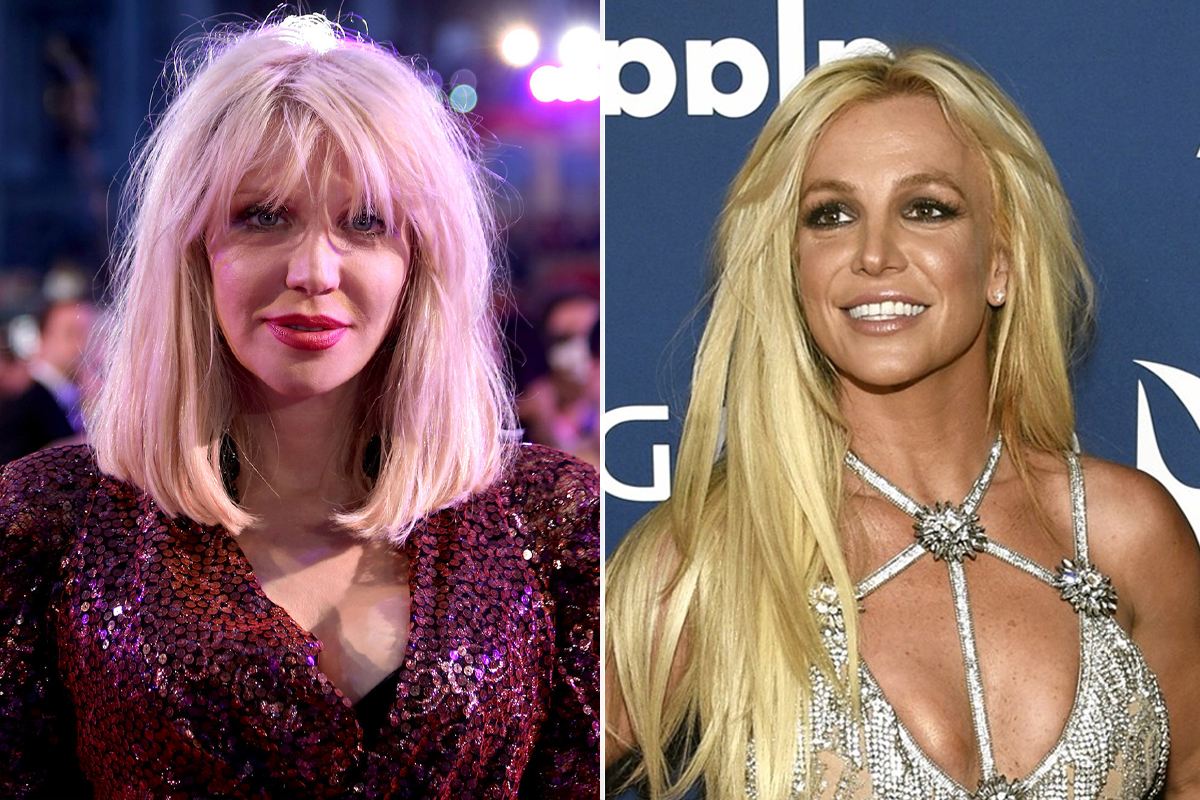 Why is Courtney Love so interested in Britney Spears’s story?

It’s always very strange when different stories collide with each other. But it may not be that strange to find the same shady characters involved in creepy stories. Why do I see the name of Sam Lutfi resurfacing on social media? Because he is one of the characters of the new article about Britney Spears’ conservatorship published by the New Yorker. Interestingly, one of the authors is Ronan Farrow, who had to attach one more time his name to another story about a woman abused by a powerful man, in this case, her father, or should I say her entire family.

Sam Lutfi became involved with Britney after the head-shaving incident and he was at her side until the conservatorship went into effect. Whatever happened during that time ended up in restraining order, instated in 2019.

If the article paints Lutfi under a not-too-flattering light – he, for example, brokered relationships with the paparazzi and on occasion invited them into Spears’s home – his role in the popstar’s life is not entirely clear. However, one thing is clear: he was an obstacle for the family who wanted to establish the conservatorship. After a second incident involving the police, Britney was hospitalized against her will, and the conservatorship was created on the basis that Spears had dementia. Jamie Spears filed a restraining order against Lutfi on behalf of his daughter, and his lawyers alleged a conspiracy involving Lutfi to undermine the conservatorship,

However, Lutfi claims that Spears sporadically reached out to him over the years: ‘I’ll go years without contact, and then I’ll get a call every once in a while from her in a closet,’ he said to the New Yorker. ‘My opinion is that this conservatorship has drastically affected her mindset.’

Lutfi has now become the ‘good guy’ in public opinion because he claims to have tried to prevent the conservatorship. But is he a good guy? First of all, he is a shady character who sometimes claimed to be Britney’s manager, and other times, just her friend. And what role was he really playing? In the restraining order issued against him in 2008, Lynne Spears claimed that Sam ‘essentially moved into Britney’s home and has purported to take control of her life, home, and finances.’ The Spears family described him as an increasingly controlling character who decided what medications Britney was taking, what paparazzi were allowed to photograph her, who she could speak to, and who was able to visit her. So basically, he had created a conservatorship before the official one.

The Spears may be one of the most exploitative and controlling families of the music business, living on Britney’s payroll for years, but Lutfi is no better. Let’s not forget that he sued the family and Britney in 2009, claiming she owed him money and alleging that there was a 2007 oral agreement that he would be her manager. According to TMZ, the settlement agreed upon was in the ‘low six figures,’ less than he expected but this crook nevertheless managed to get a significant amount of money and he is far from being Britney’s savior. A testimony from Britney’s former nanny didn’t exactly paint a flattering picture of Lutfi, as she said that he was ‘doing nothing’ and certainly no managerial work, while Britney was a bit scared of him.

Then there is Courtney Love, who is calling him a ‘street hustler,’ in the New Yorker article, without even alluding to the fact that he was her ex-manager, and still at the center of her former son-in-law’s lawsuit. Frances Bean Cobain’s ex-husband, Isaiah Silva, has indeed filed a civil suit against Love, Sam Lutfi, and a bunch of other people, alleging a conspiracy to assault, kidnap, and attempt to murder him. Silva’s lawsuit is also accusing Lutfi of supplying Courtney Love and Frances Bean Cobain with ‘narcotics and illicit benzodiazepines.’ But the most astonishing part of the lawsuit claims that ‘Lutfi, Love, and their coconspirators went to great lengths to create the impression that Cobain’s soon to be ex-husband (Silva) was depressed, drug-addicted, on the brink of committing suicide, and had recently inquired about where to obtain a firearm.’ If Silva is telling the truth, Lutfi is some piece of work.

Since the alleged kidnap attempt did not go as planned, Lufti and Love are no more on good terms, and Courtney Love has claimed Lutfi was verbally abusive. She has terminated her relationship with him and has even obtained a restraining order against him.

Lutfi is a human parasite, and some comments from the #freeBritney camp praising him for opposing the conservatorship are simply misplaced and naïve. But the most hypocritical person in the story is once again Courtney Love, who has just covered Britney on her Instagram page. She has abundantly posted about the story… why is Courtney Love so interested in Britney Spears’s story? She conspired with Lutfi to kidnap and maybe kill her daughter’s ex, she has been friends with him for years, so she has no right to call him a ‘hustler.’ They are simply the same crooks. And I would even say that Love’s deep interest in Britney Spears’s story is linked to her close ties with Lutfi. It is just remarkable that all these stories are colliding with each other in a giant mess.