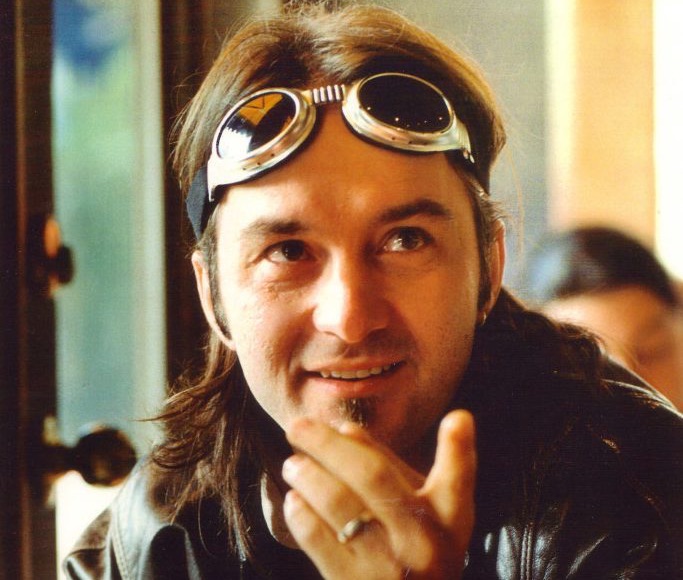 When the subject of Elliott Smith’s death comes up on the internet, there is a name that regularly pops up, the name of André ‘Dédé’ Fortin, a young Canadian musician, frontman of the band Les Colocs, who died of stab wounds 19 years ago. I had never heard of the very popular Quebecois band, but according to several articles, they were the most influential band of the past decade in Quebec, were part of the resurgence of political songwriting in Quebec, while promoting tolerance with a multicultural line-up.

Fortin was found dead at 38  in his Montréal apartment on May 8th, 2000, with a knife still in his chest? Abdomen? That’s the problem, this important information varies from one article to the next, and this other article in CBC Canada, even reports that the knife was in fact lying next to his body.

According to TVA Nouvelles, his death was considered suspicious by the police, who were first not able to declare whether it was a suicide or a homicide. They found some notes left by Fortin indicating the singer may have been depressed, but certain wounds on his body were considered suspicious.

Since his apartment was closed with no evidence of a break-in, the coroner finally established it was suicide, and without releasing any gruesome details to the press, declared: ‘The victim has not elected a simple and quick way to end his life. He must have suffered greatly before dying.’

According to Guitar Noise, ‘he had a knife in his stomach and odd bruises’ and ‘two autopsies had to be performed to conclude that it was, in fact, a suicide’.

A movie about Fortin’s life and career, ‘Through the Mist’ by Jean Philippe Duval, was released in 2009, and this article by La Presse, Ca tells a bit more about Fortin’s death: ‘we know it, Dédé Fortin, who was obsessed by Japanese cinema, committed suicide by hara-kiri’.

If it is the case, this is still very sad, and obviously a terribly painful way to go. But the death of Andre Fortin should never be brought up in a discussion about Elliott Smith’s death because hara-kiri is done in the abdomen, period, not in the chest, not through the thoracic cage.

Besides the sad story of a successful artist committing suicide over a heartbreak (people have speculated since Fortin had just broken up with his girlfriend), this case tells us how sloppy the reporting can be, was the knife in the chest? in the thorax? in the abdomen? lying next to the body?… And it tells us how fast people can draw their own conclusions. Self-inflicted stab wounds in the thorax are unusual and so rare that a specific case is often the subject of a medical research paper, like this one which happened in Nepal, or this other case which was due to severe paranoid schizophrenia.

I have requested the autopsy report of André Fortin to the Quebecois Coroner, we’ll see if they send it to me, and we’ll see if we can learn anything from it.