Why Are So Many Pop Stars Into Astrology? 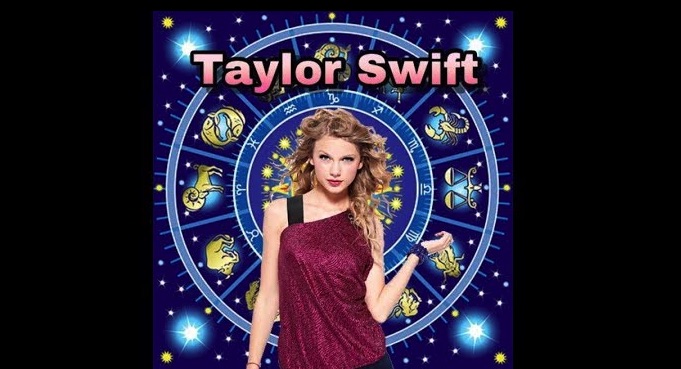 Taylor Swift, one of the many pop stars into astrology

It always amazes me when someone asks me about my sign. My zodiac sign? Because it matters? Astrology is back in business, more than ever I see people mentioning the stars but not in a very Neil DeGrasse Tyson way, they mean Sagittarius, Aries, and Libra, they mean Mercury retrograde, full moon in Pisces, and Jupiter entering their tenth house… don’t ask me! Why is this old superstition back in the game? The Atlantic asked the question 2 years ago, and the answer may be in the easiness to turn anything into a meme: in other words, online culture made astrology very popular. Plus, this practice gives you the impression of control, or not, I am not sure, but looking at the way people associate personalities with signs, they, at least, are happy to find some explanation if a relationship is failing. Lastly, pandemic times are the perfect grounds for astrology, as people tend to turn to reassuring things in times of great stress and uncertainty. As a result, astrology apps are booming and this goes with other New Age mystical trends like crystals, tarot cards…Maybe it is the illusion of logic that is appealing? Some people even think astrology is a science like astronomy even though it has been debunked for centuries. If you want to read long and detailed explanations about this there is this page or that one, but in short, astrology is based on a series of medieval assumptions that we know to be false: we now know that the Earth is not the stationary center of the Universe and the sun does not revolve around the Earth.  Identically, Earth, Air, Fire, and Water, the four elements associated with the zodiac signs are also archaic views of matter, as we now know about atoms thanks to modern chemistry. Astrology is a pseudo-science, a vestige of a medieval worldview and misconceptions by ancient observers, that is completely discredited. Unfortunately, it has been recycled for modern times, and its resurgence is real.

Plenty of celebrities and pop stars are pushing the astrology angle, I am not sure if they are true believers or if they are using it because it’s popular and appealing, but astrology’s presence on social media is real.

Millennial pop star Phoebe Bridgers said it in several interviews, she finds comfort in astrology apps. ‘I check the Co-Star astrology app every day. I find comfort in it. Its readings used to be mean, like, ‘Don’t betray people.’ But it’s nicer since quarantine,’ she said to the Wall Street Journal…. ‘She begins to explain it [her true herself] using astrology—which internet-addled millennials have widely embraced with a fervor previously reserved by their eccentric aunts—bringing up the idea that your sun sign, rising sign, and moon sign each reflect different aspects of how you exist and present to the world, but neither of us can remember exactly how it works. (For the record, Bridgers is Leo sun, Pisces rising, Capricorn moon.) So she pulls up the popular horoscope app Co-Star—which, of course, I have on my phone too—first checking her daily push notification,’ you can read in this article about Bridgers in GQ. And a bit later, she comments about the inconvenient timing of Ryan Adams resurfacing and denying the accusations: ‘Bridgers has exactly two words: ‘Retrograde, dude.’ She’s referring to the astrological concept of Mercury retrograde, the period when a planet appears to be traveling backward in the sky, which can dredge up unwanted people from the past.’ Really? Mercury retrograde is what she can come up with? I don’t know if Phoebe really believes planets have any influence on her ex-boyfriend’s behavior, but she is far from being the only one blaming the stars in case of conflict.

Last year, Taylor Swift and Katy Perry ended a long feud and both of them blamed their astrological signs: ‘We were talking about how we’ve had miscommunications with people in the past, not even specifically with each other. She’s like, ‘I’m a Scorpio. Scorpios just strike when they feel threatened.’ And I was like, ‘Well, I’m an archer [a Sagittarius.] We literally stand back, assess the situation, process how we feel about it, raise a bow, pull it back, and fire.’ So it’s completely different ways of processing pain, confusion, misconception,’ Taylor Swift explained in Rolling Stone.

This makes so much sense, as much sense as their feud. Swift’s song ‘The Archer’ refers to her sign, while the line ‘Just twin fire signs’ in the song ‘State of Grace’ tend to show that the pop star has fully embraced the zodiac. As for Perry, she is a true believer, ‘I believe in a lot of astrology. I believe in aliens… I look up into the stars and I imagine: How self-important are we to think that we are the only life-form?’ she declared in an interview… even though aliens have nothing to do with astrology. Katy hs often tweeted about her sign, Scorpio, and she got all excited when she found out that Hillary Clinton was Scorpio too. I am afraid it didn’t help. This trend is fully entertained by publications like Cosmopolitan that asked if Perry and her husband were astrologically compatible, while astrological charts are common-place, like this one that explains every single relationship Taylor Swift ever had. Have people become that dumb?

Lizzo is another example of a pop star who regularly tweets about astrology, and it should not be a surprise when she also is into crystal energy.

During an April 10th interview with The Breakfast Club radio show, Jennifer Lopez said she was happy to share the same sign as her husband, and she often tweets about her sign (Leo). She has said in interviews that she loves astrology because she wants to do anything she can to find out more about her future.

Lady Gaga is another celebrity very aware of her signs and planets, she tweeted about it here, and here, and she reportedly makes sure to check for signs of bad luck in astrology so that she can plan all her performances and tour dates correctly.

Rihanna is also a believer, she proudly tweets about her sign, Pisces, and she has named her own Fenty Beauty Mattemoiselle lipstick shades after the zodiac signs: ‘’Y’all know we got a #MATTEMOISELLE mood for each of the zodiacs,’ the brand wrote both captions of the posts. ‘Swipe left to see which shade is made for your sign.’

Madonna has declared she believes in Astrology, she has openly talked about it in interviews. She has even rejected a collaboration with David Guetta when he revealed his sign: Scorpio! Probably a good thing but the reason (an incompatibility of signs) was utterly stupid.

I haven’t found a lot of men, maybe because they are less outspoken on the subject, but there is still American Idol Adam Lambert, who tweets about being an Aquarius and admits being obsessed with astrology… I am sure there are many more,

So are all these people denying modern science? Yes. Are they all stupid? Probably not, but they are not helping at a time when rational thinking is under attack. Being gullible is not a good look when these same people defend progressive causes, it weakens people’s credibility and ability to rationally look at the world, something we need more than ever. Celebrities have a considerable influence, they know it, and this is why I bothered writing this. If some of them, like Madonna or Lizzo, seem sincerely believing in it, I suspect that other ones are just using astrology because it has become popular and fashionable. And this is even worse.