Who Is Better? Nick Drake Or Elliott Smith?’ 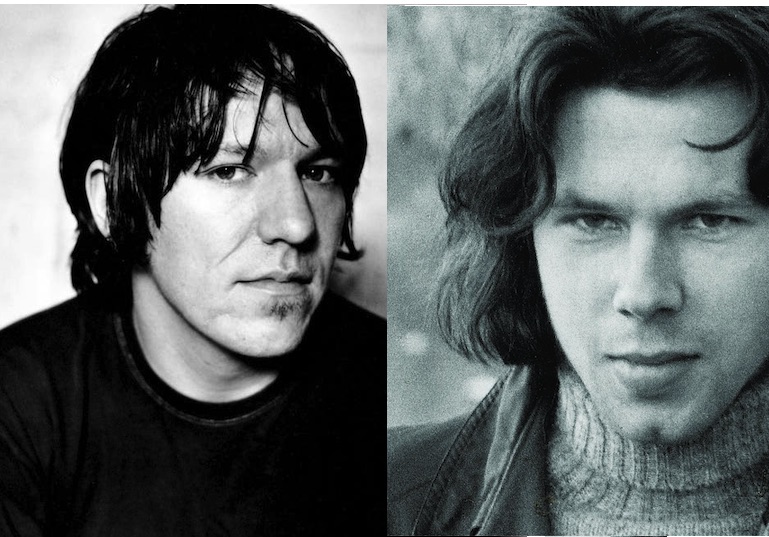 Nick Drake, an English singer-songwriter who failed to achieve major success when he was alive, is now receiving a larger recognition and he is often cited as a major influence for current artists. Plenty of articles cite him as a major influence for Beck, Sun Kil Moon, Bon Iver, Iron and Wine, and of course Elliott Smith, a musician whom I am particularly familiar with.

Nick Drake versus Elliott Smith is a comparison that comes back very regularly, on different social media and websites, and this 2007 article in No Depression even presumed that the title of Elliott Smith’s posthumous ‘New Moon’ was inspired by Drake’s ‘Pink Moon’: ‘New Moon (a title that, considering Smith’s debt to Drake, may well refer back to Pink Moon).’ Many sites and reviewers have often drawn comparisons between the two, ‘Drake was a kindred spirit to artists like Kurt Cobain and Elliott Smith (who also owes quite a bit of his spare, haunting sound to Drake).’

There are countless threads comparing the two on social media, or rather putting them in the same ‘melancholic finger-picking guitar’ singer-songwriter category, and the fact that Drake died of an overdose of amitriptyline, an antidepressant at the young age of 26, a very sad event which has been ruled an apparent suicide, has reinforced the comparison. However, in both cases, there is no certitude: Drake’s friends and family members have disputed the coroner verdict, while Elliott’s case is still open and has never been ruled a suicide by the coroner.

It doesn’t matter, this is the general public’s impression, two moody guys with a guitar, writing sad songs and struggling with depression, two tortured artists who probably killed themselves at an early age…recently I have even received this Quora question: ‘Who is better? Nick Drake or Elliott Smith?’

It’s interesting but I have personally never seen the connections between the two, and if Nick Drake’s ‘Pink Moon’ has become mainstream because it was used in a Volkswagen commercial, I am not too familiar with the rest of his work, which seems to be mostly made of guitar-or-piano-driven folk ballads sung with Drake’s high pitched husky vocals. Comparing him to Elliott makes little sense, Elliott was coming from punk, before he started a solo career he was in the punk band Heatmiser, and, despite the softness of his vocals and the beautiful melancholy of his melodies, there is plenty of anger in his songs.

At the risk to shock a few, his work could not be more different from Drake’s work. Nick Drake’s music has certainly a part of melancholy, but the tone is mellow, the colors are grey foggy mornings with a hot cup of tea. It’s a warm comforting blanket, while the lyrics, with plenty of references about nature, never go too far into deep and extreme emotions, at least there’s not a large range of emotions. It’s one palette filled with rivers, summer rains, pink moons, northern skies, and sweet breezes, and a big feeling of loneliness. There’s darkness but it’s not overwhelming.

On the contrary, Elliott Smith’s songs often have this undertone of intense boiling anger while the lyrics offer a double or triple entendre. You probably can find the most furious and aggressive lines on his first solo album, ‘Roman Candle,’ which just celebrated its 16th anniversary this week, as you would never find ‘I want to hurt him/I want to give him pain,’ in a Nick Drake song. The emotions can be extreme and Elliott’s lyrics are rich in violent emotions, self-deprecation, and relationship sabotage ‘So leave me alone, you ought to be proud that I’m getting good marks.’

Their worlds and their approach to darkness are far apart. To me, when Nick Drake laments, Elliott accuses and burns bridges, and he is certainly the most intense of the two.

The interesting thing is that the myth ‘Elliott was inspired by Nick Drake’ has persisted over the years despite the fact that Elliott has declared he was not very familiar with Drake, during interviews. In this interview, the journalist asks him: ‘I guess, considering you said you didn’t read your own press, I’ll ask a question that’s going to end up being dumb. It’s that you are compared a lot to Nick Drake. What do you think of that?’ And Elliott answers: ‘Well, I’ve heard about two Nick Drake songs, and I liked them. He seemed a lot softer or something than I feel like I am, lyrically. I don’t know. I liked him, so I guess it’s a compliment.’

Elliott’s register was all over the place, starting from the Beatles to the Kinks, Stevie Wonder, The Clash, AC/DC, Elvis Costello, and even Kiss when he was just a kid. Nick Drake was not an influence. And to answer the Quora question, who is better? They are both important artists who wrote with great honesty, there is no one better than the other, it would be ridiculous for me to judge. At this point, you probably know whom I prefer of the two, but everything is a matter of taste, connection, and sensibility.