When Can We Go Back To Normal? Live Nation Is Optimistic 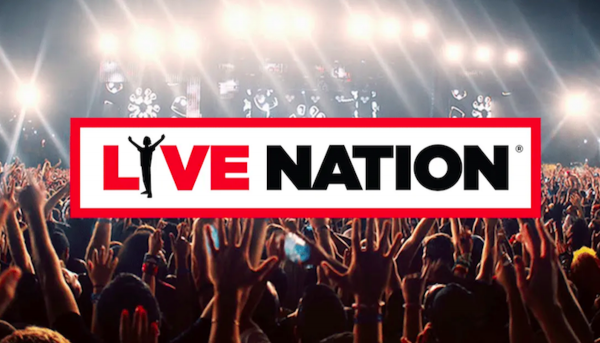 Everyone is tired and fed up, everyone is asking the same question: when can we go back to normal? Or at the very least to some kind of normal?

There is a glimpse of hope, Live Nation CEO Michael Rapino was interviewed yesterday, and for once, there are reasons to be optimistic. While the British government said that large music events in the U.K. can resume at 100% capacity beginning on June 2, Rapino had this to say about the US: ‘Every day we seem to have a new state or country talking about when they’ll open up, so we’re feeling more optimistic than we were a month ago. Lots of artists are calling, looking at how we start-up in July, August, September. So for right now, we still believe we’ll have enough open in the U.K., Australia, Canada, and the U.S. to keep what we have on the books in amphitheaters booked for now. We might have certain states that might not be ready, but we have enough states and enough artists willing to play the open slots if we get to that level in the right markets. So as long as these states open up to the right capacities,’ he concluded, ‘we can start in midsummer, and in the southern U.S. we can go all the way into November.’

Did he say mid-summer? Of course, in the US, it will depend on the jurisdiction of each state, but he also added that a ‘prospect of a 75%-plus capacity re-opening in the largest U.S. markets was ‘within sight.’’

UK festivals such as electronic dance music festival Creamfields are on sale and it has sold out in a minute, as expected, while Reading and Leeds Festivals, Slam Dunk, Black Deer, and newcomer Wide Awake (all in England) are hoping to be back this year too. Is it possible we are actually seeing the end of the tunnel that soon? Live Nation has already sold more than 170,000 tickets for UK festivals, they must feel confident this is happening.

But what about the US? The Weeknd tour has been rescheduled for January 2022 (US + Europe) and they have already sold a record amount of tickets, with nearly 1 million worldwide. I know that Punk Rock Bowling has rescheduled for September 24-26, some large festivals like Coachella and Lollapalooza, Moogfest, Shaky Knees haven’t announced anything, although Outside Lands, The Governor’s Ball, and Riot Fest seem to have dates for 2021, August 6-8, September 24-26 and September 16-19. Some are probably more optimistic than others.

We hear all the time that COVID-19 is here for the long haul, but many scientists think that the US could still achieve herd immunity in the third or fourth quarter of 2021, or a bit later, depending on the emergence of more-infectious variants of the virus. But it seems we will be there sooner or later.

And then what? Live Nation and Ticketmaster will be back on the saddle as if nothing had ever happened. You would think that a year without doing any business would have put them… out of business? A loss of $7 billion was reported for Live Nation at the end of last year. However, they had many back-ups, First, they didn’t refund a lot of these expensive tickets that many customers bought, then they acquired a majority stake in Livestream platform Veeps, and they probably received plenty of federal help.

The pandemic could have been the opportunity for a new beginning, a chance to get rid of these big companies, this mafia ticket that makes our life of concert-goer miserable. But it won’t happen, and I bet they will charge even more money when the pandemic is over, to compensate for their loss. The irony is that people will pay any price at this point, everyone is too desperate to see a live event right now.