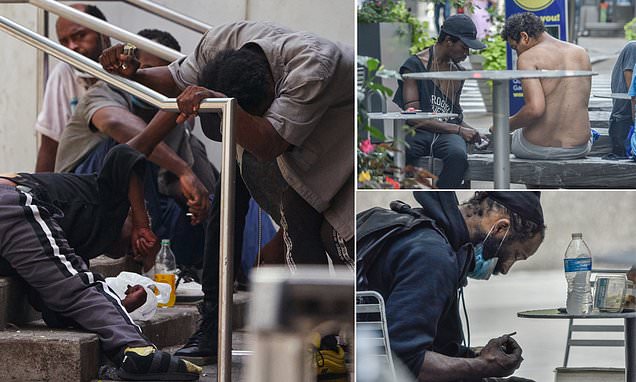 9-11: nineteen years on, the horror of seeing people jumping out of the window at WTC doesn’t really go away, but if it was to go away this is the year to see it dissipate.

Democrat: I am not a democrat, in my years, and hindsight awful handy, the only other Republican I loathed was Reagan. My politics are a mix of internal left and outside the US right. Until you’ve lived in a weak country you have no idea about outside dangers. Trump is another level of danger, corruption and civil war. It isn’t democrats against republicans, it is everyone against Trump. Bill Maher noted that he wished he hadn’t demonized Dubya, because what was hyperbole for one doesn’t scratch the service for another.

New York Rap: Vulture recently had a list of the 100 most New York rap songs, and while iut is hard to deny Grandmaster Flash’s “The Message” in the top five, and Biggie, Wu Tang, and Nas right there as well… Mobb Deep’s “Shook Ones, Pt II” is a stretch…

Michael Caputo: should be tried for treason, what sort of lunatic claims scientist are seditionist and an art revolt from the left is going to happen…

Cardi B’s ‘WAP’ & Maluma’s ‘Hawai’ Rule Inaugural Billboard Global 200 & Global Excl. U.S. Charts; Despite this being a somewhat new brand of silliness for the fighting to be part of the conversation Billboard. These charts do not include radio play (because Billboard can’t figure out overseas radio play) which makes the entire point of all this as follows: Spanish language does better in the rest of the world without the US.

Death And Stuff: while life leads inevitably to the big ending, it still goes, in Plato’s visionary comment, from wet to dry back to wet, the more wet the less dry. That also goes for many of our lives, the working in tandem still occurs, and so it is with happiness and sorrow, they are constantly going back and forth. I mention this because when things are moving towards the dark it can get pitchblack… This year has been pretty deadly but will it get better?

Death In The Age of Covid-19. The bodies are beginning to collect, and it will decimate a generation of septuagenarian’s and older. This is important across society, unlike the Asian civilization, the Western doesn’t much care for old people. The price for a world without Grandparents is huge, incalculable. The old teach the young about generational love and also the horrors of death. Only a thoroughly amoral country would throw them into the slagheep of society. So much is lost, including the witnesses to history and accrued wisdom.

More Death In The Age Of Covid-19: there is no worse time to be a drug addict, as the days fuse and time stands still, the possibility of an overdose becomes an inevitability. If I still drank, I would be dead. Without the screws of work and time, with everything always the same, the alcohol spiral would kill me. Slowly, and then faster and faster.

Drug Numbers: around 10% of Americans get addicted to drugs and alcohol which means 90% don’t. While it is obviously chicken and egg, and also obvious that death by drugs (and/or misadventure) are not necessarily due to addiction (you could OD the first time you shot up).

Steve Earle: To record an album of his late son Justin Townes Earle (who died on a drug overdose) songs and give all proceeds in a trust for his Granddaughter Ella St. James Earle.

NFL: even during a pandemic, the Giants and the Jets have managed to suck all hope out of the world.

MLB: The Yanks are three games out of first place after a terrible coupla weeks where they lost everything in sight. Though they have gotten Aaron Judge back so…

Peace In The Middle East: Saudi is the next, and once Saudi joins in the Palestinians are surrounded by everyone, the most vulnerable country in the world, awaiting some form of final solution.