What Kind Of Music Does Joe Biden Listen To? 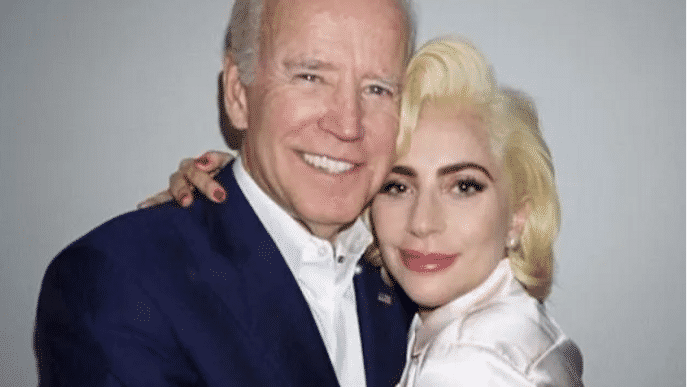 This night might be long or short, right now, it’s too early to know how long it will take to determine who is the next President of the United States. I have voted for Biden (not a surprise) and despite the fact he has been our vice-president for 8 years, we do not know enough about the man, right? Do we know about his music tastes for example? What kind of music does Joe Biden listen to?

At the beginning of this long race, when Biden was not even the official Democratic candidate, The New York Times published a playlist for each candidate and Biden’s included a few of his favorites: Bleachers (‘Rollercoaster’), David Bowie (‘Heroes’), Bruce Springsteen (‘We Take Care of Our Own’), The Head and the Heart ‘(All We Ever Knew’), The 1975 (‘The Sound’), Lady Gaga (‘The Edge of Glory’), Moon Taxi (‘Two High’), The Revivalists (‘Keep Going’), Dierks Bentley (‘Home’), Bill Withers (‘Lovely Day’), Jackie Wilson (‘Higher & Higher’), Aretha Franklin (‘The Weight’), Diana Ross (‘I’m Coming Out’), The Spinners (‘Could It Be I’m Falling in Love’), Sam Cooke (‘Good Times’), Womack & Womack (‘Teardrops’), Stevie Wonder (‘All I Do’), Darius Rucker (‘Learn to Live’), King Curtis (‘The Weight’).

Lastly, this older article (from 2012) noticed that Biden favored Ray Charles, Bruce Springsteen, and Tina Turner, that he liked to work out to ‘Born to Run,’ and played Tina Turner’s ‘Simply the Best’ in his car.

This gives a good idea of Biden’s tastes, and like the man himself, there is no real surprise but an abundance of classics from Bowie to Springsteen, from Sam Cooke, Stevie Wonder, Aretha Franklin, Diana Ross, Rod Stewart, Ray Charles, The Beatles, Tina Turner… There are also some less obvious choices like Bill Withers and real oldies like Jackie Wilson, Al Green and Frankie Valli and the Four Seasons. Then, there is the new generation, and artists who are still on the classic side, like Sam Smith, Lady Gaga, Adele, Coldplay, k.d. lang, while The Revivalists, The 1975, Bleachers, and The Head and the Heart are probably the youngest bands on his list. Obviously, there is nothing too adventurous, no Rihanna, no Drake, no Megan Thee Stallion, no Anderson .Paak , no Beyonce, and no Dua Lipa – all of them were on a recent playlist shared by Obama – but I told you he was a no-surprise guy. He likes classic rock and classic pop with some exploration in a new repertoire, and if this stays very reasonable, the themes of the songs are romantic, hopeful, caring, and uplifting. This is the list of a peaceful man who has faith in humanity.

Is Biden showing his age with these lists? Certainly, but it’s not too bad, it’s the playlist of an educated man of a certain age while there is some modern pop (Bleachers anyone?). I didn’t expect to find hip hop songs on a playlist of a 78-year-old man.