What Happens When Music Doesn’t Matter: A Short Story 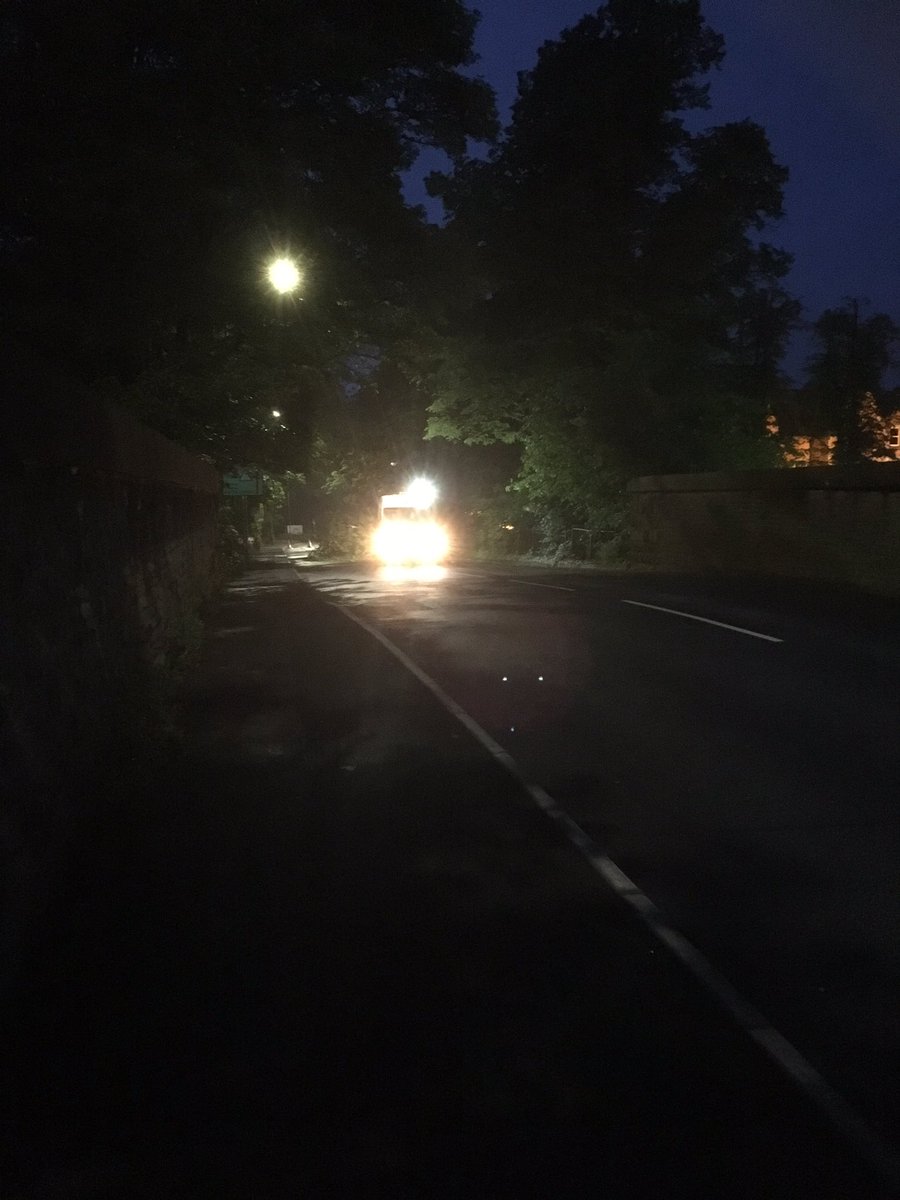 It is 6pm here which makes it 10am in Los Angeles and I guess that shouldn’t be too early. When I visitied the kids there the summer before last, I noticed they were late risers but maybe Christmas Day they would be awake by now. Opening their gifts. I sent them money. A waste, really. Their step-dad is astonishingly rich and of all the things they need, my lousy $500 isn’t one of them. They are twins, non-identical, fourteen years old, and they moved with their Mum and Step-Dad three years ago. I could’ve said no, I could’ve gone to court. But they were already there, a vacation they never came back from. What could I do?

Christmas Days are terrible for me, just the worst. Except, maybe, the first years of married life, when the kids were tots  and not fourteen and I was God not a nuisance. But since then… and before then. It was a Christmas Day that my own Mummy disappeared, and a Christmas Day when, just to completely ruin the mood, Gloria told me she was leaving me for another man. And now…

The first year, I got to see the kids every other weekend and it was fine, I was still daddy. But then they disappeared as well, and only after I signed a letter saying it was OK they moved to LA did I get to see them again and right away things were different. I wasn’t ready for LA, and I… watching them call him Dad instead of me, I was uncomfortable and upset and just by the way they looked at me, I could tell Gloria had spent a lot of energy telling them how big a loser I am.

Last year, she telephoned me and said they were going around the world for the summer and I couldn’t see them and I said, well, drop by Manchester when you get to England, or I’d go to London or something,  and it didn’t happen. We made plans but she texted at the last moment and said they didn’t have the time.

Gloria answered in her usual, cold and indifferent tone of voice. I noticed it for the first time, for sure, on that Christmas Day five years ago when she told me she was leaving me for another man. No warning, maybe there were signs that I failed to note, but no signs I did note, and just this ice cold intonation: “I’ve met someone else, I am taking the kids and leaving and…” I know that doesn’t sound dramatic but there is a reason it doesn’t sound like drama, her voice was drained of all blood, all feeling, all love or care or hope and then…. “Hi Gloria, Merry Christmas”. No reply. “May I speak to the kids, please”. She called the girls name. “Hi Darling, it’s daddy” I said. No answer. “Merry Christmas”. No answer. Now, I am getting upset. “Are you there?”

Now Gloria is back on the cell. “Is he there?”

I heard her call his name, “Your daddy wants you,” she said. Then, from further away I heard him reply, “I’m busy, tell him I’m out” And then Gloria again. “He’s out”. And click. Down went the phone.

I sat there for a moment, less stunned and more stung. For no reason I can fathom, the last five years has been one humiliation after another, until… I looked on Spotify for some album to mirror yet another episode in emasculation and also in how love just plain dies… not hers for me, and not mine for her, it took me a couple of years but I no longer care about her, but mine for my children. I just couldn’t take their disrespect. Nobody is the best father in the world but I was a real father, and I was close to both kids, their Mum could be moody but I never was careless with their love, and even after the divorce I did my best to be around and… I chose Beck’s Sea Change, and streamed it  and felt sorry for myself. I was an only child and my Mum disappeared when I was fourteen years old and my Dad died -well, guess what day, right? Six years ago on Christmas Day. As for my step-Mum and step-brothers and sisters (five of em!), I wasn’t really quite all in with them and now we barely spoke at all.. So I was spending another Christmas alone, all a little pathetic but what can you do, right?

The day my Mum disappeared, 30 years ago today, … I was such a Mummy’s boy, I can’t express my love for my mother in words that make sense, I loved Gloria a great deal, at first, really, really lots,  but my Mum was everything to me. Incestuous? Borderline though not consciously.

I was tied to her, I smothered her with love and when she first disappeared, I thought maybe she was running away from me, but not really. My kids, what was it with that tone? What had I done…? I guess I hadn’t fought for them. I didn’t know how… how could they not love me, isn’t blood thicker than money (no, please don’t answer at all)?

My little girl loved me so much once  but I can’t hide from how my kids see me now: an irrelevant loser…

My Mum and Dad were great, they really were. I fussed over Mum too much, and I wasn’t a big sports guy but neither was Dad, he worked hard all week  but we had weekends and we took vacations and I was happy and we were all quite happy and boom, it was over. After Mum disappeared there was a wall between dad and I and we retreated to our corners and Dad came out of it first and got married and I was further and further away. I went to College in London and I never came back home though I did return to Manchester  got a job, roomed with friends, fell in love…

Thirty years ago, I am sitting watching the rain hit the window in the living room. Mum had gone to the shops for some cigarettes an hour before. And I was sitting there watching her not return, getting more nervous, like a gnawing fear in my soul. Dad telling me not to be a baby. Me, just sitting there and… I turned off Sea Changes… it wasn’t helping. I looked through all these albums, all these songs, all the styles, and I couldn’t hear them, I couldn’t hear anything at all. It was raining and I wonder if it was raining in Laurel Canyon. I wonder if my kids were watching the rain… when they grow old, when they have their own children, what will they make of this? I should have fought, it was my responsibility to fight and not let Gloria steal them. They were happy in their new family and isn’t that my real responsibility? I got in the car, turned off the music, music didn’t matter any more,  and drove to the sound of rain, I guess I was driving where Mum would have been driving that day. Later, the police would show up, and, as always, we were the primary suspects, the father, the son, the phone calls to our father’s boss lawyer. Called into the station for integration. They found the car near Alderley Edge. Nothing else. It was empty except for… well, except for nothing. No key, nothing. Locked from the inside, when they turned the ignition it didn’t work. It must have stalled. No footprints though it was near the edge and the cops assumed she ran there when… when what?

I drove in the rain, slowly, just listening to the sound on the windscreen hitting my windshield over and over, it was wet and then wetter. I thought of getting my son on the cell and telling him off, or texting him or… it was all too desperate, I couldn’t bring myself to do it. The same way I couldn’t beg my wife to stay… that would have been a fool’s errand. I imagined my Mum’s hand so warm in mine, crossing the street in Gatley, going to the barber’s shop. I was scared, I must have been six, and I was terrified of all the combs and scissors and I was the only boy who had his hair cut while holding his Mum’s hand. I remembered that with my kids, I remembered to be kind, I insisted upon being kind: it mattered to me that they would remember me with love always and… I guess I failed.

I was driving around Alderly Edge when my car stopped dead in the middle of the road and cars passed me by as I got out and pushed it to the side. Then I got back in and it was still dead. I was soaked to my skin and I went to call for help, but the rain had destroyed my iPhone. I was stuck on the Edge. It was dark and getting darker and I tried to keep to the pavement,, tried to return to where I had been, but I couldn’t help almost invisibly finding myself in the midst of Alderley, and I was alone and scared and it couldn’t stop raining. I felt drowned and forlone and I had no idea what was happening. I decided to stop where I was till daylight, but I was freezing cold, so walking made more sense. And no one would be looking for me either, I could be in real real trouble, and every shadow felt as though it was some secret person, a secret agent. And I knew it was just the dark terrifying me.

Till it wasn’t just the rain.

Out of the darkness came a form, first ethereal and light in the darkness and then as it got close and closer it was a fully formed figure, a woman. And then I knew who it was and I began to cry. She came closer and I backed away but she kept coming closer and I stepped further and further, as though it was a slow motion chase. She hadn’t aged in 30 years and as she came even closer, I gave up fighting.