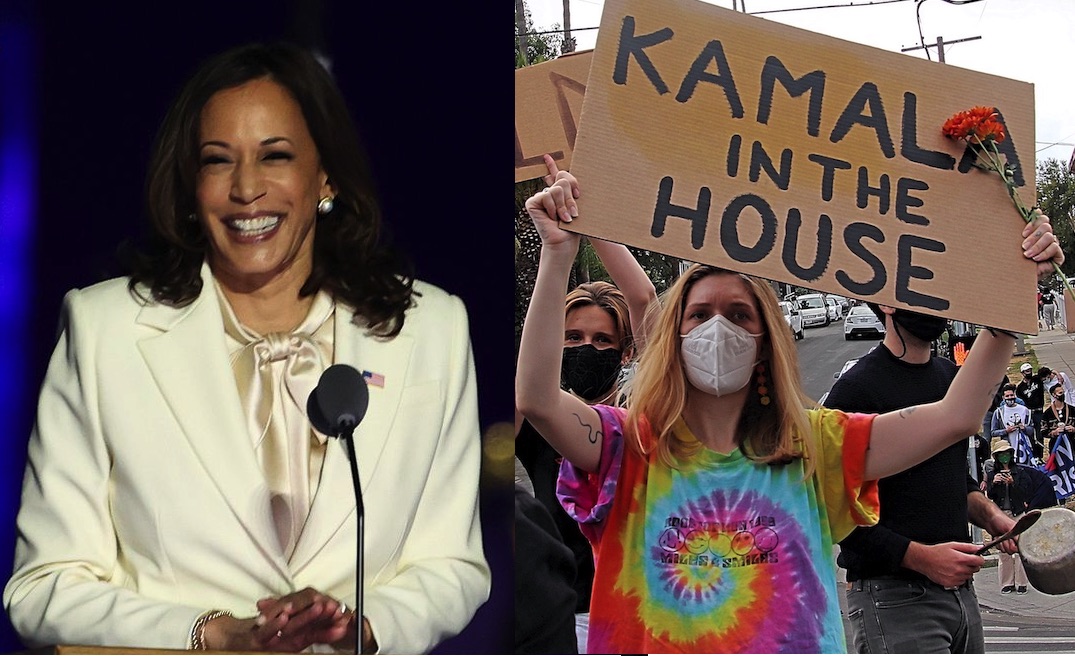 Now that Kamala Harris is about to become the first female vice president of the United States, it is more relevant to know what she is listening to. In four years, I presume that nobody ever cared about Mike Pence’s musical tastes, but Kamala, as the daughter of a biology researcher from India and a professor of economics from Jamaica, must have some interesting tastes. She also had an interesting upbringing, growing up in Berkeley in the ‘60s then moving to Quebec, Montreal when she was 12, giving her a west coast-east coast double culture. But what does Vice-President Kamala Harris listen to?

An article published in the Atlantic in February 2019 revealed some of her favorite artists after her appearance on the popular morning radio show The Breakfast Club: she told the hosts that some of her favorite artists were Snoop Dogg and Tupac while mentioning her affinity for Cardi B, probably because of her common Caribbean descent. Kamala has admitted her love for hip hop a few times, and in particular, during the NAACP’s virtual convention last September, where she was asked who was the ‘best rapper alive’ … to what she answered: ‘Tupac.’ Since the rapper has been dead for some time, Harris laughed and replied, ‘Not alive, I know, I keep doing that.’ After admitting there are ‘so many’ rappers she likes, Kamala added that ‘there are others she would not mention right now because they should stay in their lane.’

People have criticized her for dropping Tupac and Snoop Dogg’s names for a cool effect, based on the fact that their careers began after Harris had graduated from college (1989), but that doesn’t mean she didn’t listen to hip hop after graduating!

In 2019, Kamala released her summer playlist, and if there was no Tupac or Snoop Dogg on that one, her love for ‘90s hip hop (Salt N’ Pepa, A Tribe Called Quest) was visible as well as her fondness for pop and R&B (Destiny’s Child, Mary J. Blige). Kendrick Lamar, Cardi B but also Chance the Rapper, Tyler the Creator, and even DJ Khaled featuring the late Los Angeles rapper-activist Nipsey Hussle and John Legend were also included, consolidating her love for hip hop.

Kamala Harris described the songs as tunes she’s ‘listening to while traveling around the country,’ and it’s definitively a very upbeat and sunny jam with two Bob Marley tunes, Latin pop from Ozuna and Bad Bunny, and an old-school Cuban pleasure with a Buena Vista Social Club’s song. Obviously, women had a large place in her playlist, from Lizzo to Beyonce, Ariana Grande, Ella Mai, Betty Who, Cheryl Lynn, Goapele, Laverne Baker, Aretha Franklin, Sharon Jones & the Dap-Kings, blending with funk and R&B classics such as Prince, James Brown, Sam Cooke, Stevie Wonder with newcomers like Anderson . Paak. If the no-so-upbeat Tame Impala looked a bit like an oddity (just like Phil Collins’ ‘In the Air Tonight’) on this playlist filled with soul, funk, R&B, and colorful pop, this is why their choice is interesting.

I had to look up a few names, such as Koffee, a Jamaican reggae/rapper who makes complete sense on this playlist, and GoldLink, a Washington DC rapper featured twice on the list. In the end, it’s a very inclusive and diverse list, going back to some retro tunes from the ‘50s and covering plenty of current pop. If there are a bunch of political commentaries, Kamala Harris wants to have fun with her music, it’s a colorful and upbeat vision, at the image of her perception of America.