What Does A Database Of Elliott Smith’s Concerts Tell Us? 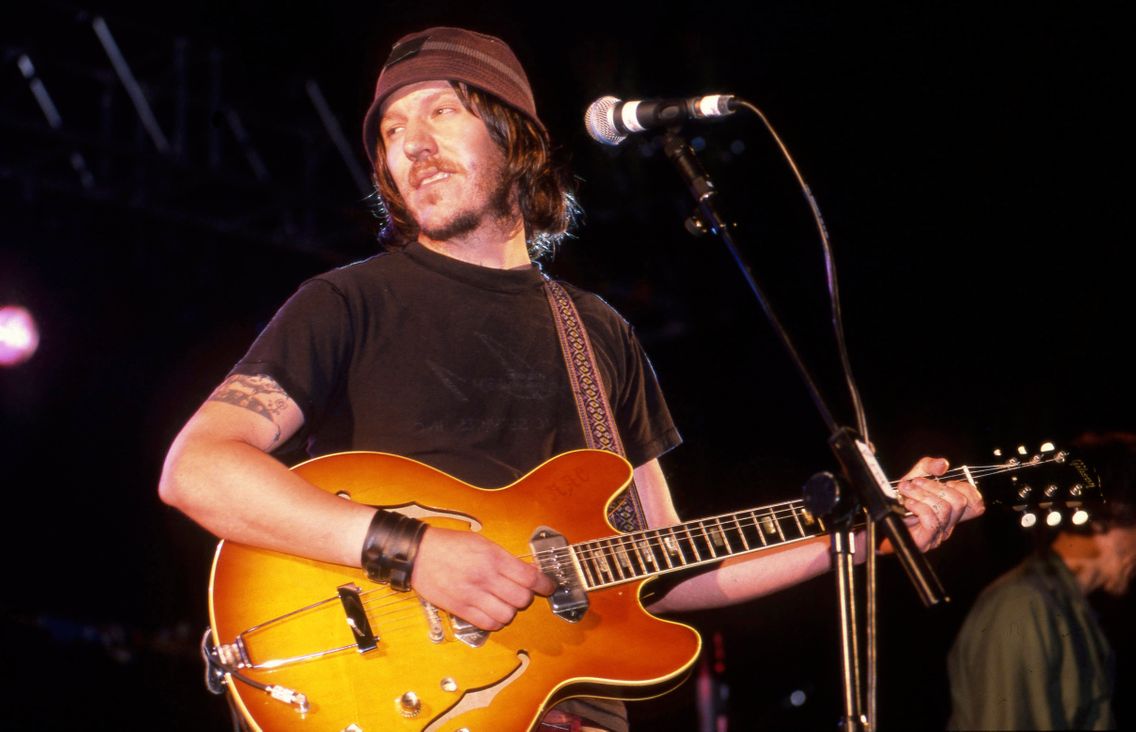 Someone sent me a giant database of Elliott Smith’s concerts, from the year 1992 to 2003, and the first thing that came to my mind was, ‘what an impressive number of gigs!’ Elliott played 618 concerts, either with Heatmiser, his first band, or in solo, backed up by a band or not. Even though some concerts may be missing from the list – I was told there were even more Heatmiser concerts – it is already a large list and it allows us to follow Elliott’s career and life.

As you can see below on the graph visualizing the data, he started playing solo in 1994 after the release of ‘Roman Candle,’ then his solo career took off after the release of his self-titled album ‘Elliott Smith’ in 1995, followed by ‘Either/Or’ in 1997. He began to play an impressive number of shows during these years, 47 solo concerts in 1995, 76 in 1996, and 65 in 1997, with some gigs backed up by Quasi, Sam Coomes, and Janet Weiss’ band. In 1998, he signed with an influential label, Dreamworks Records, and with the release of ‘XO’, he managed to play 115 shows that year, a number close to 1 concert every 3 days. This also was his first tour outside the United States, and this included many shows in Europe. 1999 and 2000 were two very busy years too with shows in Australia and Japan and respectively 68 and 123 shows played during this lap of time. With the release of ‘Figure 8’ on April 18, 2000, he had barely finished the ‘XO’ tour when he embarked into the ‘Figure 8’ tour and he almost played non-stop during the entire year of 2000.

We know what happened in 2001, after touring so much, Elliott was writing his LP6, but addiction became a problem around that time. However, after a detox treatment in August 2002, he was resurfacing in 2003, just before his death.

These numbers are important though. They show how busy Elliott’s career was, with the exception of two years, 2001 and 2002. There was at least one more show scheduled in 2003, and I know that he intended to tour after the release of his 6th album, but of course, he never had the chance. 17 years later, some people are under the impression that Elliott was this depressed junkie all his life, but could he have toured at this level if he had effectively been a junkie during all these years? Of course not. Playing a concert almost every night as it was the case during certain months of 2000, required all his endurance and a full capacity of his talent, and addiction doesn’t allow people to do that. If alcohol had been a problem before, his career only suffered from his addiction during 2 years (2001-20020), and the lack of performances when drug addiction took over his life is also a proof.

His solo career barely covers 10 years, and what he accomplished in such a short amount of time is remarkable. In comparison, the Eels, an indie band that became popular and also signed with Dreamworks around the same times, have 237 concerts in this inventory. This database of Elliott Smith’s concerts tells us what a prolific artist he was, and what a short but busy career he had. 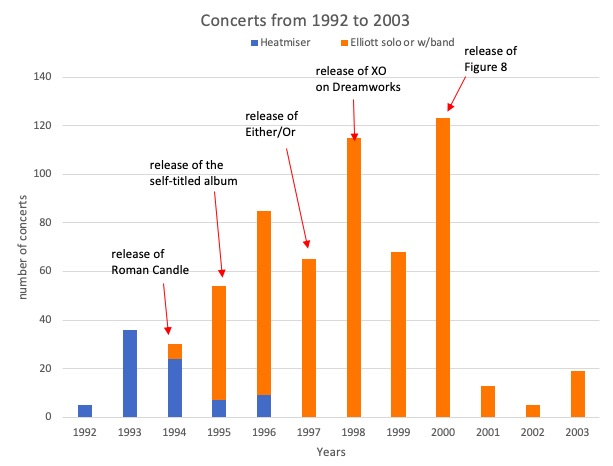