We Come To Praise Joseph Keckler 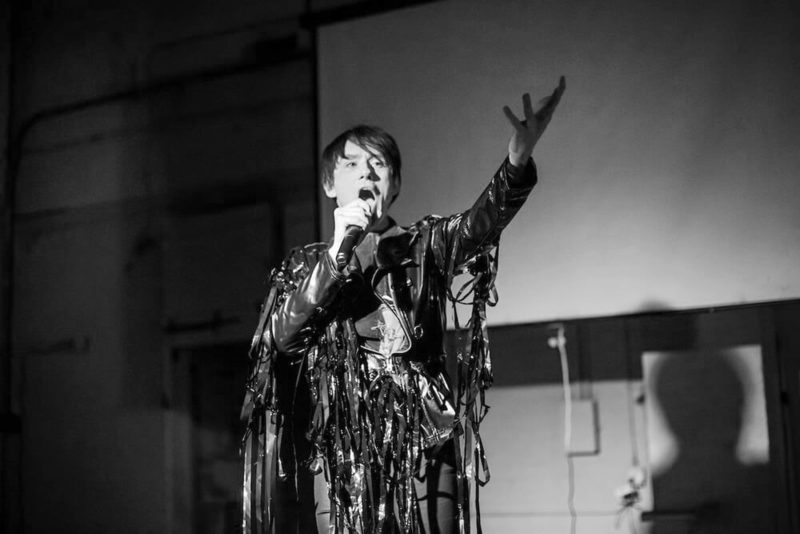 Last week I went to see Sleater Kinney for the first time since 2015. That T5 gig had Lizzo as the opening act, last Thursday’s show had Joseph Keckler opening and I failed to mention him at all.

Keckler is a strong baritone, experimental balladeer and faux opera enthusiast with a nerdy visage, strange thought patterns, and, on one excellent song, puts them all together, I don’t know the songs name but he sings in operatic gibberish to a video projection with translations, abut being driven to the airport with his girlfriend, who won’t change the GPS to the correct  address so it keeps repeating “Turn left at the next light.”

According to Wikipedia: “Joseph Keckler is an American singer, musician, and writer. Named a “major vocal talent” by the New York Times, Keckler’s concerts have been presented at Lincoln Center, Centre Pompidou, London’s Soho Theatre, SXSW, The Adult Swim Festival, and many other venues”

Terrific on stage, just about invisible on record (a handful of singles, none as good as he was on stage) though Keckler’s awesome “Shroom Aria” (which, amazingly, dates from 2013) is there…