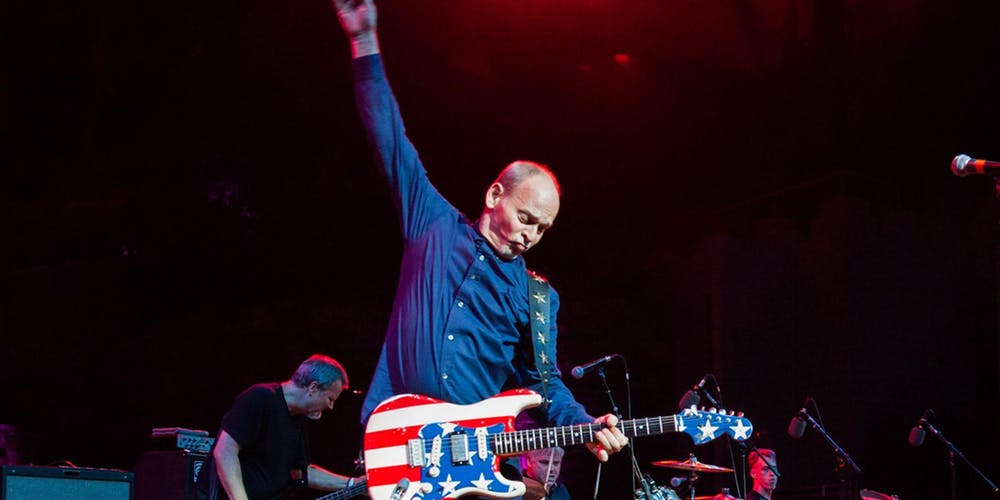 Next Saturday, Wayne Kramer’s Jail Guitar Doors will once again rock the Ford Theaters with an all-star line-up, including Moby, very special guest Benmont Tench of Tom Petty and the Heartbreakers, Jesse Carmichael of Maroon 5, and of course Wayne Kramer, MC5 lead guitarist and JGD-USA co-founder.

The concert will benefit Jail Guitar Doors, a nonprofit organization that uses music to help rehabilitate prisoners and youth offenders. It is also partnering with Project PAINT, an arts organization whose mission is to bring art projects to inmates as a form of rehabilitation.

According to the preview for the event, ‘Moby’s performance will include a combination of originals – even mega-hits like “Natural Blues” and “We Are All Made of Stars” could find their way into the set – with specially selected covers you would only construct in your wildest dreams. In other words, anything can happen including guests who, in past years have included Billy Bragg, Marshall Crenshaw, Jay Mohr, Duff McKagan, Tom Morello, Jill Sobule, Eleni Mandell, #DonWas, Bobcat Goldthwait, Starcrawler – and at ROCK OUT, it does!’

So who knows could show up this time? Former Los Angeles Poet Laureate Luis Javier Rodriguez will host and open the show with a performance of his blistering spoken word. Detroit’s “Vibes from The Tribe” trombone legend Phil Ranelin will be featured with pianist Jack Bowers and the Soledad Jazz Workshop. Of course, founder Wayne Kramer will glide throughout all sets to do a few of his own.

The outspoken Kramer, who served a federal prison term in the ‘70s, has always been clear about his position:  ‘We are the most prison-crazed country in the history of the world. We have five percent of the world’s population and 25 percent of the world’s prisoners.’… ‘It’s the greatest failure of social policy in America’s history.’ They locked up more people and did great harm to communities across the country. Meanwhile today we’re amidst the greatest drug crisis in history where you can buy more drugs cheaper than you could 30 years ago when all of this started.’

As for Moby, he has always been involved in these types of action. In the past, he ‘has called for a reduction in incarcerated populations around the world’ and ‘supports meaningful change in the way men, women, and children – mostly of color – are treated in this country.’

Since its beginning, Jail Guitar Doors has lobbied against overly long prison terms, the privatization of prisons for profit and, a restoration of humanity, while donating guitars to over 65 American prisons and running songwriting workshops in county jails across the country, including in Los Angeles, San Diego, Cook County (Chicago) and Travis County (Austin).

Ticket Information for Jail Guitar Doors presents Rock Out 5! can be found on their website and on this EventBrite page