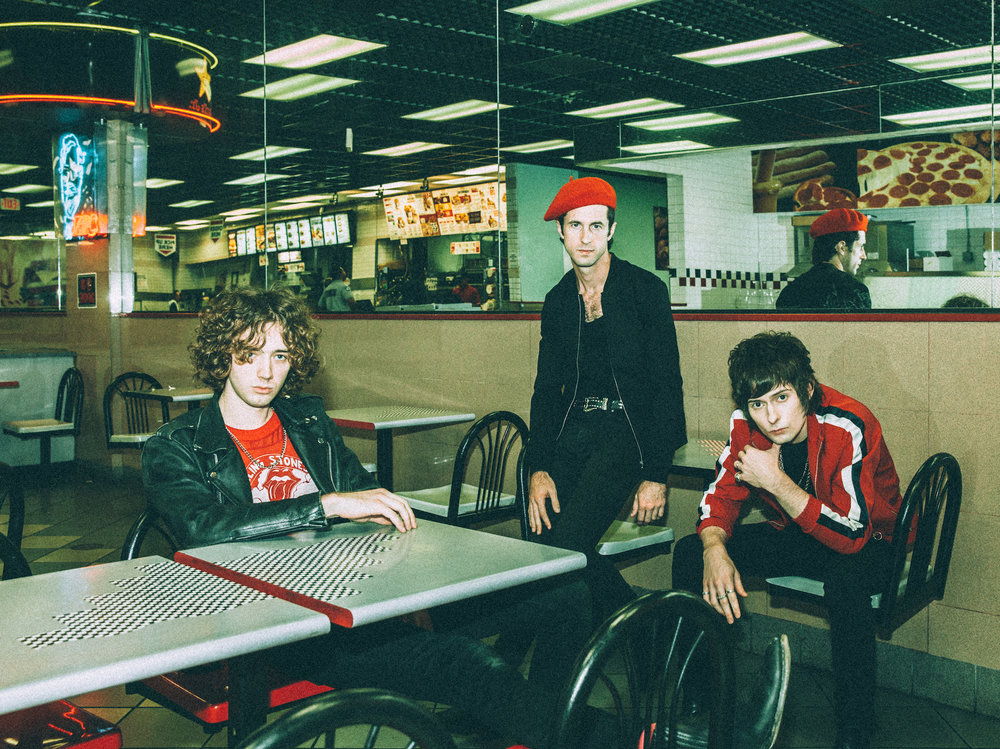 “Shattering all expectations and pushing boundaries, while creating profound music that is honest and thought provoking, the EP cuts through the static of social interaction while challenging big brother’s ‘Propaganda’.”
-EARMILK

Warbly Jets have returned home to Los Angeles after a headlining North American tour in support of their new EP “Propaganda,” which entered the FMBQ Album Chart at #1, and along with the title track which entered the Singles Chart at #5. The tour included dates with Night Beats and Moonwalks, and a stop in New York City to record a live session with Paste at their studio—featuring EP tracks like “Cool Kill Machine”— in between two shows at Brooklyn Bazaar and Mercury Lounge.

Today the band announces that they’ve joined the SiriusXM Alt Nation Tour, joining BLOXX and Hembree for the multi-date US tour. The Alt Nation Tour will follow their third tour of China featuring select dates with famed band Hedgehog, plus a 16-date tour across the UK and Europe.

Since the band’s inception, they’ve hit the ground running, from opening for Liam Gallagher on his US run and touring the world three times over supporting their independent self-titled debut, to the recent success of their single “Alive,” after it was featured in the opening scene of the 6th highest selling video game in the world, Marvel’s Spider-Man (PS4). Propaganda marks both the band’s return to the studio, as well as the kickoff of the next chapter for the American rockers who wrote, recorded, and produced every note of the EP themselves at Ultrasound Studios in downtown Los Angeles. 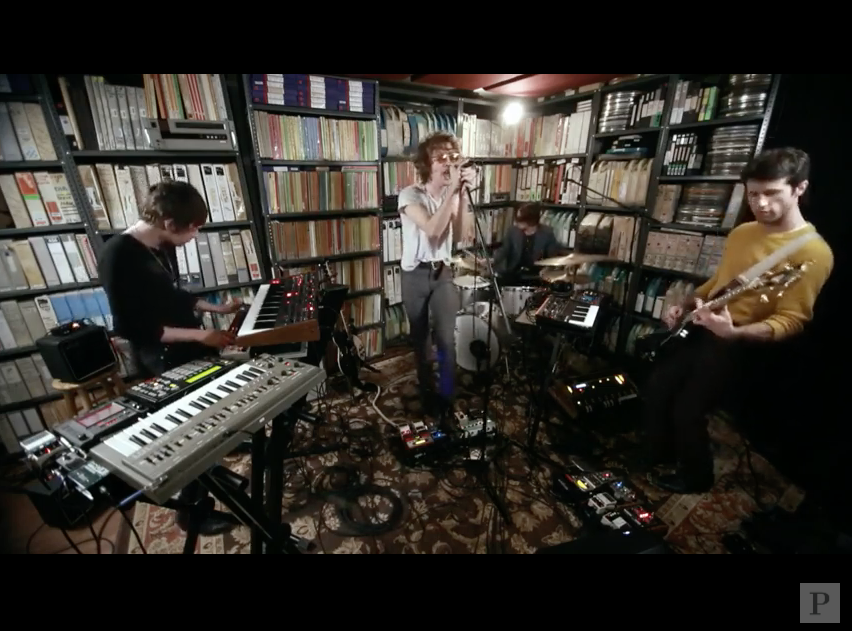 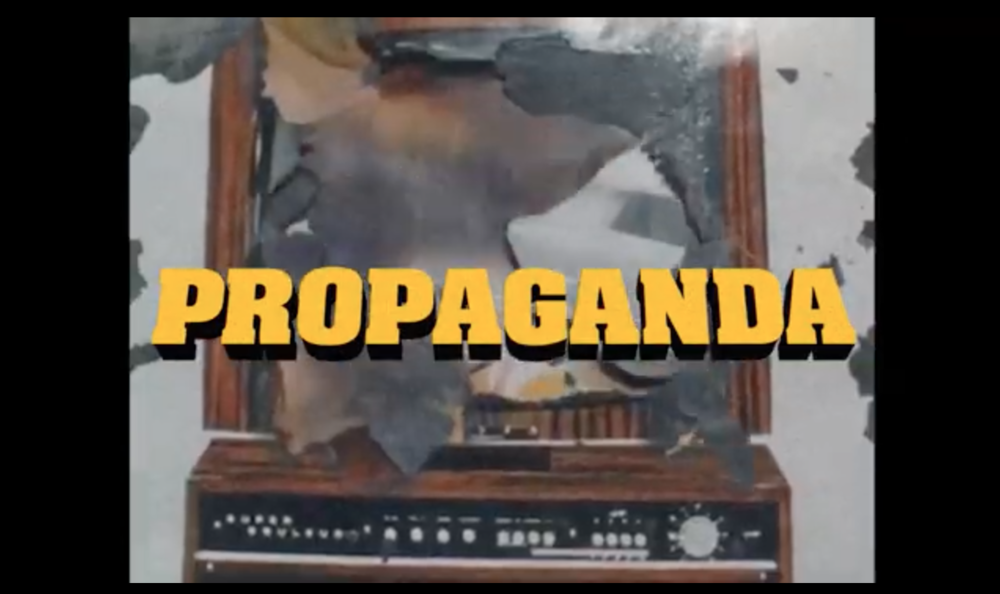 3. NO ALLEGIANCE TO THE GAME 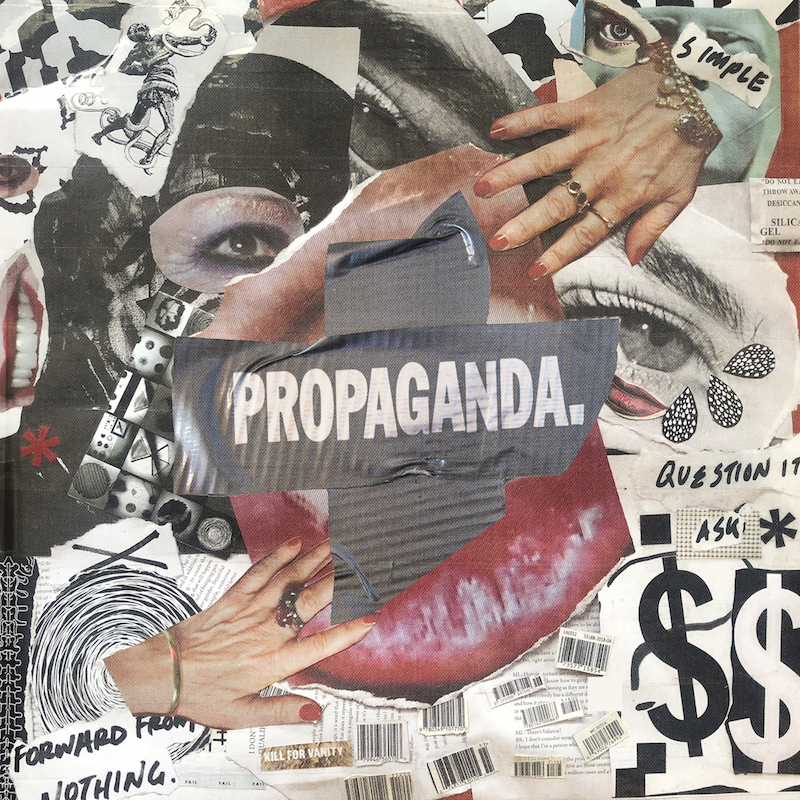 In our globalized, algorithm-ruled, data-based society, where the lines between public and private are blurred beyond recognition—where the hive mind masquerades as marketable individualism and Big Brother is welcomed with open arms in the name of convenience— some alarming questions present themselves. What is human connection? How easily are we bought and sold? Is there any way to cut through all the noise? Is it too late? Do we even care? And how does music—real music—fit into it all?

These are the ideas that motivated Warbly Jets’ new EP, Propaganda—which has the Los Angeles trio examining the idea of life-commodified, with a genre-wrecking sample-based set of rock songs that highlight their studio dexterity as well as their disinterest in doing what anyone expects of them. Just like their self-titled debut, released in 2017, Propaganda pulls no punches, articulately and acidicly riffing on the seedy state of things, over an arena-ready, anthemic sound and massive beats.

“ ‘Propaganda’ is a term as much as it’s a cultural ethos that’s been widely accepted. Anything from advertisement to self-aggrandizement qualifies,” explains multi-instrumentalist Julien O’neill. “From social media, push notifications, targeted ads—we’ve openly elected to carry around miniature billboards, playing our part under the promising guise of a sense of ‘connection.’ We feel empty without it.”

After a non-stop year spent on the road opening for Liam Gallagher, The Dandy Warhols, Mystery Lights, and Night Beats—as well as headlining international tours of their own in China and the UK—Propaganda served as a welcome return to Ultrasound Studios, the band’s home-base in downtown Los Angeles, and a chance to use their newfound experience, stamina, and perspective to take things to the next level. “We were getting burnt out and really wanted to shake up our writing process, so we’ve been working much more with samplers and keyboards,” adds frontman Samuel Shea. And while Propaganda does provide a distinct shift in the band’s sound, the juiced-up, souped-up prowling attitude they do so well remains right at the core.

And while early praise from Flaunt, Brooklyn Vegan, Indie Shuffle, LA Record, and Rolling Stone France, as well as a swift climb up the Spotify charts, plays on Sirius XMU and Beats1 would look a lot like validation to most bands, Warbly Jets are already back in the studio after their 2019 North American Tour, finishing up their second LP and gearing up for tour dates in China, the UK and Europe.