Virus Songs For These Contagious Times 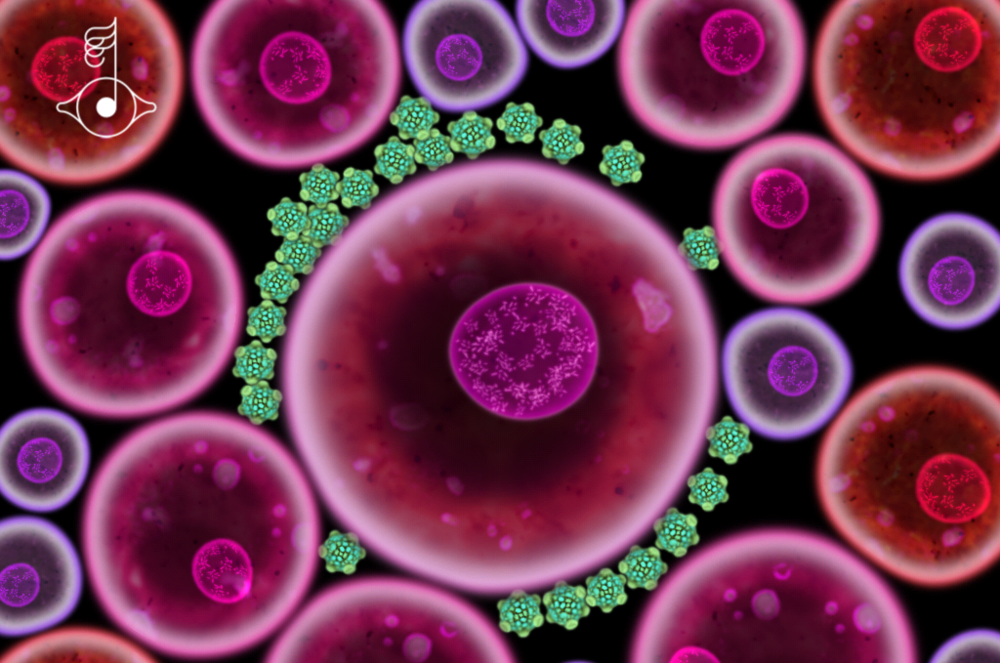 Everyone is talking about a certain virus, we definitively can’t hide from it anymore. We probably get too much information and misinformation about it, but since we are stuck inside for a while, we are bound to ruminate about the coronavirus for a few weeks. I was just curious to find out how many songs named ‘Virus’ actually exist and I discovered quite a few. Many of them are not my cup of tea, that’s an understatement, but for the sake of this sick game, here is a virus playlist:

Bjork –‘Virus’: the best song of the list, a strange and delicate lullaby from Bjork’s album ‘Biophilia,’ exploring the strange relationship between a virus and its host cell. ‘It’s a kind of a love story between a virus and a cell. And of course, the virus loves the cell so much that it destroys it,’ said Bjork who sings about this strange parasite over crystalline notes.

Priest – ‘Virus’: Heavy synth for this cut, a post-punk macabre electronic dance from Stockholm with a vague Depeche Mode style.

Deltron 3030 –‘Virus’: Even an alt-hip hop band has something to say about a virus and the flow of the song is truly smooth although they are mostly talking about a computer system virus.

Andrew Stein – ‘Virus’: a rock song with metal guitar written by a guy who apparently gained a lot of notoriety on YouTube with music and video games

Barrington Levy- ‘Virus’: Although the tempo of the song barely has any reggae rhythms, the song is by Jamaican artist Barrington Levy, who wants to spread the best virus of all, the love virus.

Martin Garrix and MOTi – ‘Virus’: Your usual EDM electronica by two Dutch DJs, and a track which picked in the Belgium charts in 2014.

Memphis May Fire – ‘Virus’: Of course metal bands love that kind of scary stuff. However, the Texas band Memphis May Fire are more metalcore than metal, and they came up with this boring-aggressive song a few years ago.

Excision – ‘Virus’: Scary electronica by a Canadian DJ, which sounds like a video game on bad acid.

KMFDM – ‘Virus’: Another virus song by horror-electronic-industrial German group, sounding really creepy on that one.

Lupa J – ‘Virus’: Australian goth electro-pop came up with this strange and haunting tune, with ethereal voices and violin injections.

Iron Maiden also has a ‘Virus’ song, and it’s rather calm for an Iron Maiden tune, and finally, Gary Numan has an instrumental called ‘Virus’ on his album ‘The Radial Pair.’