Valerie June Releases ‘Call Me A Fool’, From Her Upcoming Album 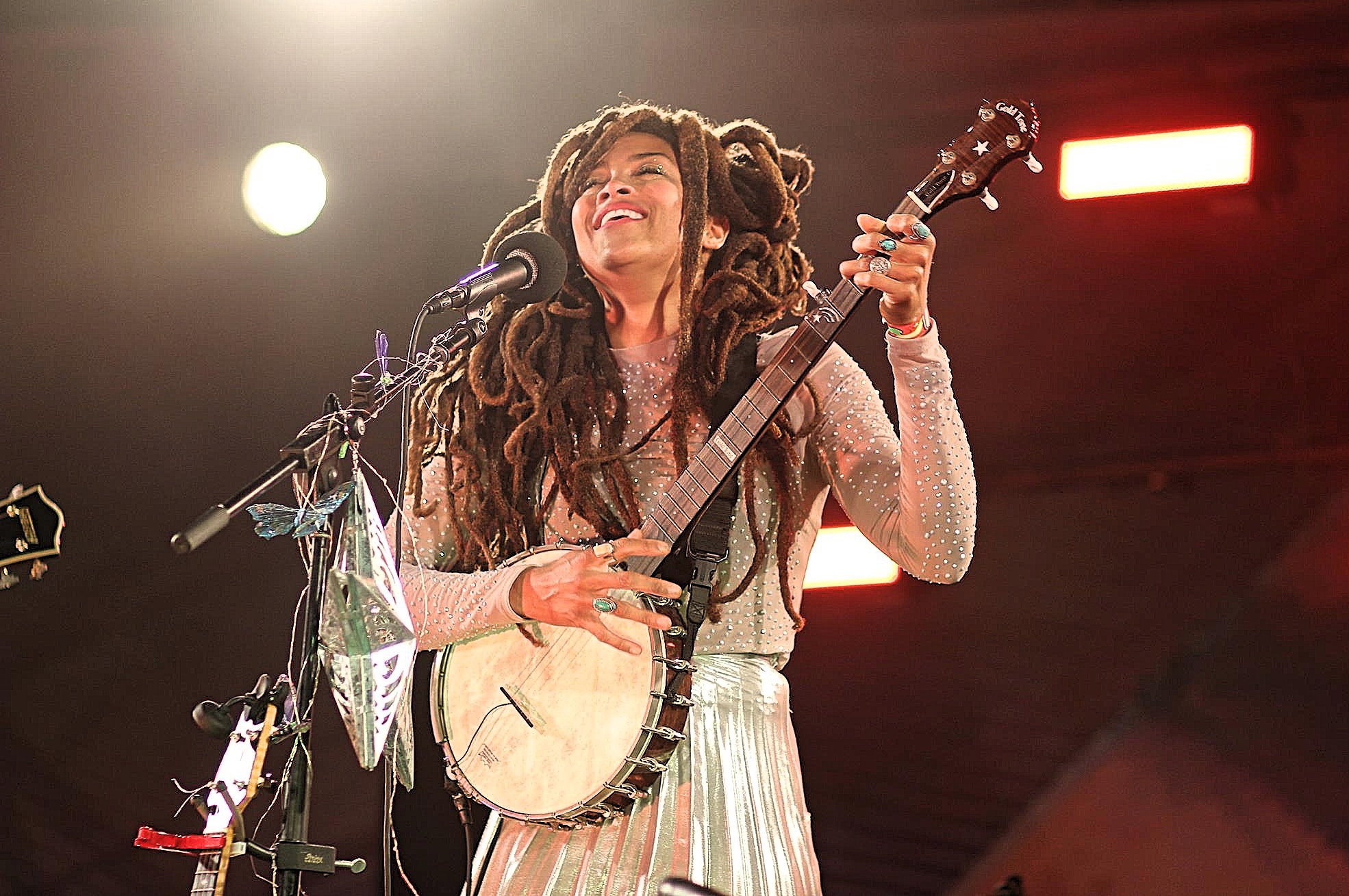 The two times I saw Valerie June, she was a real light on stage, as bright as a star, and casually showing her amazing talents while playing guitar, banjo, and shaking her forest of dreadlocks. She has just announced the release of a new album, ‘The Moon and Stars: Prescriptions for Dreamers,’ out on March 12th, and dropped a new single with a charming video.

‘Call Me A Fool’ starts like a light breath and the voice of Stax soul legend Carla Thomas quoting an African proverb, ‘Only a fool tests the depth of the water with both feet,’ but the tune soon fleshes up in a full and beautiful orchestration with horns. There’s such elegance captured in this old-school R&B number, following Valerie’s dance and powerful nasal vocals soaring with plenty of soul into a rewarding growl. She is a delight to look at in the video, but, as usual, she seems more interested in sounding authentic than pretty, and it’s no surprise that Bob Dylan put her 2017 album, ‘The Order of Time,’ among his favorites a few years ago.

‘Have you ever been a fool for a dream?’ Valerie asks. ‘It might have been a little dream like a kiss from a lover or a big one like the dream of peace that Dr. King, John Lennon, and so many others have had for humanity. No matter how big or how small your dream may be, keep believing, and let the world call you a fool!’ she explains

As for the new album, Valerie continues: ‘this record, it finally became clear why I have this dream of making music. It’s not for earthly reasons of wanting to be awarded or to win anybody’s love—it’s because dreaming keeps me inquisitive and keeps me on that path of learning what I have to share with the world. When we allow ourselves to dream like we did when we were kids, it ignites the light that we all have within us and helps us to have a sort of magic about the way we live.’

But before anything else, she wants to keep dreaming: ‘It’s a concept album for dreamers, in the same way, the [Paulo Coelho] book, The Alchemist, is for dreamers, where you’re on a journey, you know? We all are. What’s going to keep us inspired and motivated to create a beautiful world? Because we’ve seen so much darkness in this last year.’

‘My goal was like, what can I drop in the world that’s just going to plant little seeds of dreams that are positive for people, and give people some encouragement?’

Recorded in Los Angeles and Miami, the new album is a collaboration between June with Jack Splash, whose resume is too long to post here, while the music is described to merge the influences of Femi Kuti, David Bowie producer Tony Visconti and plenty of eclectic artists who have contributed.

Tracklist of ‘The Moon and Stars: Prescriptions for Dreamers,’
“Stay”
“Stay Meditation”
“You And I”
“Colors”
“Stardust Scattering”
“African Proverb Read By Carla Thomas”
“Call Me A Fool” Featuring Carla Thomas
“Fallin”
“Smile”
“Within You”
“Two Roads”
“Why The Bright Stars Glow”
“Home Inside”
“Starlight Ethereal Silence”