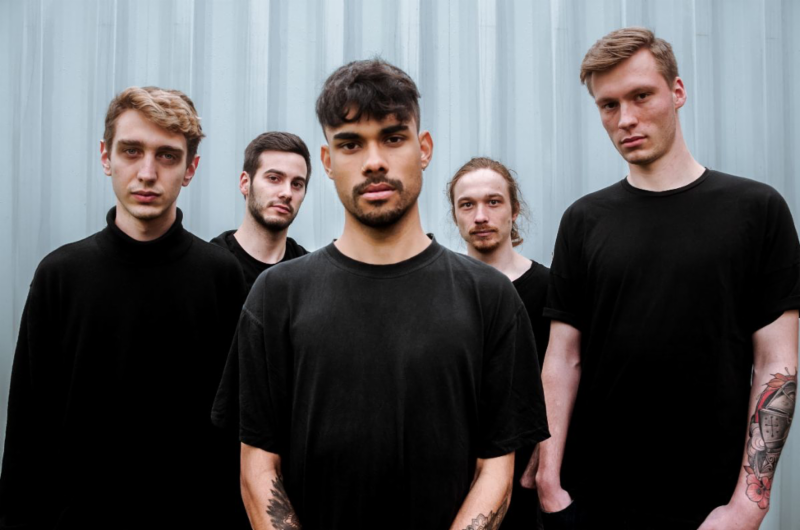 German progressive metal virtuosos UNPROCESSED have announced their new album “Artificial Void” along with an official music video for the first single “Fear”. The second full-length and successor of last years “Covenant” is set to be released on August 9th, 2019 as exclusive bundles, limited 2-LP, CD and digital.

The German metal youngsters Unprocessed are back with a boom.

Their debut album “Covenant” gained worldwide attention with its stunning guitar work and a fresh take on Djent with Metalcore elements,

Unprocessed release the first single “Fear” and announce their sophomore Album “Artificial Void”, to be released worldwide on August 9th. Watch the video for “Fear”:

“Fear” reveals an even more catchy, massive sounding approach to the still technically sophisticated music, yet to be heard on the big stages around the world.

The opening riff of “Fear” jumps straight into your face and opens up a new, futuristic sky-fi world with all the cinematic drama, huge vocal lines and bone crushing riffage on both bass and guitar, while the drums maintain the extremely high level of energy.

“Fear” gives a glimpse of what’s going to be one of the most anticipated releases in modern metal 2019 and is definitely a bold statement for the young band.

“Fear” comes with a cinematic music video that strongly reminds of modern day Netflix series in terms of color and frame composition. All in all it captures the vibe of the track perfectly and shows the band performing in an ecstatic state of mind while the members also take place in a mysterious story line.