Unflattering Photos: Are We Really Looking At Male And Females Musicians The Same Way? 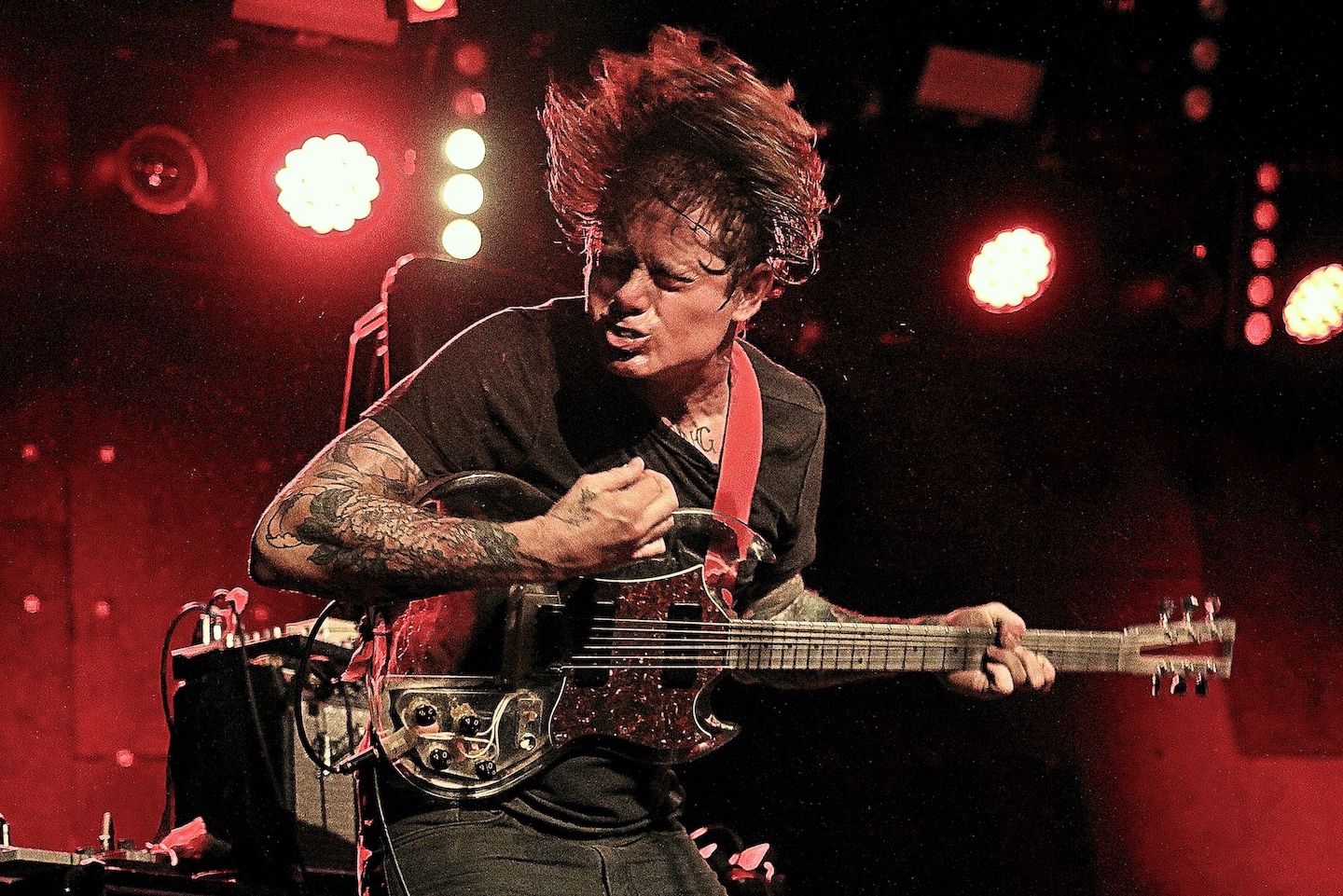 When they perform, are we still looking at musicians the same way regardless of their sexes? In this #metoo-feminist era, we see more and more of these girl-power bands, Bikini Kill reformed and toured with great success, Sleater-Kinney are still touring in Europe next year, and there is an abundance of new female-fronted bands… Still, when it comes to images and unflattering photos, are we treating them the same way than any male-fronted bands? And are they delusional when they pretend they have to be treated the same way?

As a photographer, I have noticed one thing, if a woman is over 35-40, the deal is very different than for a man. I have encountered only one man who told me to remove a photo I had taken because he thought he looked fat! I didn’t think it was the case, but that was one unique case. However, numerous female performers have asked me to remove photos of themselves, because they didn’t like the way they looked, because they thought the pause was weird, because the lighting was not flattering,…  And I certainly don’t blame them! When it comes to photos, we don’t look at men and women the same way, and we still live in a very sexist society whether we want to admit it or not.

I will give you a few examples: I got the chance to shoot no wave legend Lydia Lunch last year, during one of her rare appearances. During her performance, she repeatedly leaned toward my camera, as she was singing. I got some nice close-ups, which, despite being not very flattering, were powerful and were capturing the menacing energy of her performance. Of course, I was told to remove the photo I posted, and this got me thinking… Lydia didn’t want to look ‘pretty’ or ‘attractive’ during this gig, she is 60 and she has never been into this ‘pretty’ business. She knew what she was doing when she was leaning toward my camera, and honestly, it looked like she wanted to appear scary. I took the photo down of course, but I am certain this would not have happened if Lydia had been a man. I took plenty of photos of male musicians in scary-looking pauses, with their mouths wide-open or with a scary look on their faces and this has never been a problem.

This example probably will remind you of a series of unflattering photos of Beyonce that her publicist also asked different platforms to take down. The problem is that it was too late, being this hyper-popular queen-Bee, the photos had already been abundantly copied all over the internet, and Beyonce and all her publicists will never be able to get rid of them. But again, what was wrong with her wincing face? She only looked odd because she is a woman, but, nobody would have had a problem with any man doing these same leg-apart-tensed-face pauses. On the contrary, I would even say that it is a good thing for a man to look like this on stage, especially if he is in a metal band! I have read very mean comments under a photo posted by punk rocker Alice Bag. Would these people have commented the same way if Alice had been a man? Since she is cool and knows exactly who she is, she didn’t even remove the photos and addressed the pettiness of the comments. But women like Alice Bag are rare, and the internet is a rude and unmerciful world.

Let’s take a look at Madonna’s last tour, she has solved the problem by confiscating everyone’s phone. The photos of her shows are taken by official photographers and probably only published if they can pass the queen’s scrutiny. I know that Jack White confiscates phones too, but I don’t think it is for the same reasons, he is less preoccupied with his appearance on the photos than the ever-growing place that technology takes during a live performance. He is just a hater of technology  and doesn’t like to see people using their phones when he performs

I have published plenty of what you could call ‘unflattering photos’ of male performers, I didn’t publish them because they looked ‘bad’ but because they were capturing a moment of intense action or over-the-top facial expression. Nobody looks too good with his or her mouth deformed by movement, but it’s a powerful way to document the intensity of a show, Oh Sees’ John Dwyer comes to mind or many other punk rockers. I have often thought about that, what if John Dwyer were a woman? Would I get away with that photo? Probably not!

A bad photo of Beyonce goes viral because she is super famous, but also because she is a woman,… for example, Mick Jagger never asked to take down this rather unflattering photo published by the Independent. And if we notice the wrinkles on his face, it’s obvious that no female musicians of his age would accept the same close-ups to be published without extensive photoshop

There is no way to avoid this reality, the way we look at photographs still reflect our double and sexist standard when it comes to artists.