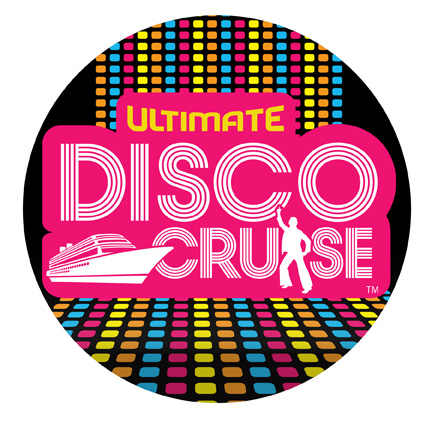 With Music Presented by Sirius XM

From Fort Lauderdale to Key West and Cozumel, Mexico

Yvonne Elliman and France Jolie join a phenomenal gathering of pioneering musical artists who helped make dance music a lasting part of all of our lives: KC and The Sunshine Band, Kool & The Gang, The Spinners, Gloria Gaynor, the Village People, Tavares, Norma Jean Wright, Alfa Anderson & Luci Martin (formerly of Chic), Rose Royce, Evelyn “Champagne” King, Thelma Houston, The Trammps featuring Earl Young, Musique, the Australian Bee Gees Show – a Tribute to The Bee Gees, and just added, the Boogie Wonder Band, Keith & Leslie Ferguson and comedian KiviRogers – with more coming! Together, they’ll “rock the boat” for five incredible nights, with live concerts anchoring a cruise that brings the cultural phenomenon of the 1970s from the dance floor to the high seas on a luxury ship that will wind its way through the Gulf of Mexico from February 14-19, 2019.

Famed choreographer and “Dance Fever” TV host Deney Terrio, the man who taught John Travolta his Saturday Night Fever dance moves, hosts one of the greatest lineups of classic disco stars ever assembled – and so much more – aboard the award-winning Celebrity InfinityÒ.

By the time she sang her #1 hit “If I Can’t Have You” in Saturday Night Fever (and included on the Grammy-winning soundtrack) – written specifically for her by the Bee Gees – Yvonne Elliman had already launched a career that included releasing four albums and early fame as the original Mary Magdalene on Broadway in Jesus Christ, Superstar, and then earning a Golden Globe nomination for reprising the role in the 1973 film version. She had been touring as a backup vocalist for Eric Clapton when the Bee Gees, who had written her a pair of Top 20 hits (“Love Me” and “Hello Stranger”) brought her to Saturday Night Fever. The Bee Gees had initially written “How Deep Is Your Love” for Yvonne, but the producer ultimately had the group record it. Instead, Yvonne sang “If I Can’t Have You” and it rose to #1 on the Billboard Hot 100.

On July 7, 1979, an unknown, 16-year-old French Canadian female vocalist named France Joli performed her new single “Come to Me” for the first time before a throng of 5,000 on Fire Island at a benefit now infamously known as Beach ’79. She left the stage a star and became a media darling who appeared in all the popular publications and on all the hot TV shows of the day. “Come to Me” became a smash hit that sold 3 million copies globally, rose to number one on disco charts around the world, and reached number 15 on Billboard magazine’s pop chart. Joli still performs “Come to Me” and subsequent hits such as “Gonna Get Over You,” “The Heart to Break the Heart,” and “Feel Like Dancing” on the dance music circuit throughout the world. She draws a crowd at every performance. Even those of a younger generation—who may not know her by name — realize they’re fans of “Come to Me” once they hear Joli’s first few bars.

“To be able to continue to add essential artists of the caliber of Yvonne Elliman and France Joli to an already unprecedented lineup of classic dance music superstars is a privilege that we couldn’t be prouder to share with our Ultimate Disco Cruise customers,” says Alan Rubens, StarVista LIVE Senior Vice President of Entertainment/Executive Producer of the Ultimate Disco Cruise. “Dance Fever will be running higher than we ever could have imagined as we boogie on the high seas together!”

As someone who came of age in the 1970s, Rubens remembers the Disco explosion as a “simply unforgettable” lifestyle and musical phenomenon.

“Boogie Fever” is guaranteed to run rampant day and night from Ft. Lauderdale to Key West to Cozumel, and back, turning a luxury ship into one glorious “Disco Inferno.” Throughout the voyage, guests will also have the opportunity to attend special events to get up close and personal with the artists onboard, including a wine tasting, live game shows, behind the music Q&A sessions, panel discussions, pool parties, and unforgettable themed costume gatherings. It all takes place aboard the luxurious Celebrity InfinityÒ, renowned for excellence in dining, deluxe cabins and stunning showrooms. Celebrity Cruises represent modern luxury in cruise lines, through sleek cruise ships and top-of-the-line amenities.

Cabin fares start at $1,499 and include admission to all shows produced by StarVista LIVE, most meals and major events. For further information on the Ultimate Disco Cruise, please call 844.296.3472 or visitwww.UltimateDiscoCruise.com.

StarVista LIVE creates unique entertainment experiences that bring fans together to relive their favorite moments, create new memories, and enjoy unparalleled access to the superstars they love. StarVista LIVE cruise events include, the Malt Shop Memories Cruise, the Soul Train Cruise, The Country Music Cruise, Flower Power Cruise, ‘70s Rock & Romance Cruise, the Southern Rock Cruise, Ultimate Disco Cruise, and Abbey Road on the River Festival.  StarVista LIVE is a division of Direct Holdings Global. Direct Holdings Global is a leading multi-channel marketer with a broad portfolio of products and services, most notably associated with the success of the StarVista / Time Life brand, delivered with a commitment to excellence and integrity. Additional information about StarVista LIVE can be found at: