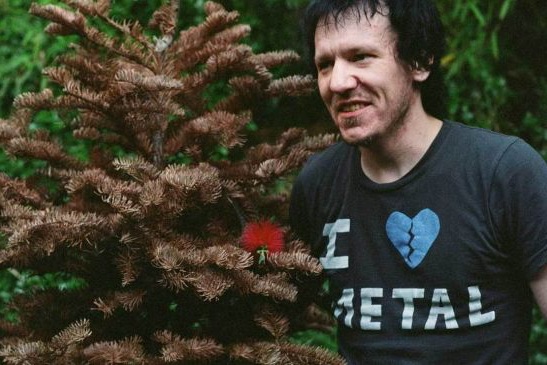 In Elliott Smith’s case, the toxicology report has always been an important part of the autopsy report, and if it has been established, as soon as the report was made published, that Elliott didn’t have any illegal drugs but therapeutic or subtherapeutic doses of different medications, random people have regularly commented on his case, blaming his ‘suicide’ on the medications he was taking. It’s also interesting to note that other people have tried to blame his death on the fact he had allegedly stopped taking his meds, the ‘cold turkey’ rumor, which was revealed incorrect based on the toxicology report.

It’s difficult to give a definitive answer to people blaming the meds, because plenty of them have a personal experience with a drug, and they always make a connection between Elliott’s death and their personal experience…you get the narration  ‘I have this experience with this drug, it’s a dangerous drug, and I had suicidal thoughts…’ with a few variations. It’s impossible to prevent people from having some opinion based on personal experience. But in the end, this is always anecdotal, and we should keep this in mind.

It’s also interesting to note that, in Elliott’s case, tests for some of the drugs were done by outside laboratories, MedTox Laboratories and Quest Diagnostics, and the results were added to the main report at the exception of Buprenex (Buprenorphine), as you could only read ‘Done’ on the main report. However, the results of Quest Diagnostics returned a ‘None detected’ result, which means that Buprenorphine should be removed from the list of meds present in the blood when Elliott died. In the end, he had the following:

All the other drugs tested (alcohol and a long list of illegal drugs) were found negative.

In 2004, Jennifer Chiba had declared to Liam Gowing: ‘… we went to the doctor on Monday and found out that he’d abruptly stopped taking one of his medications [Strattera]. It’s so dangerous. It throws you so off-balance. You can’t just go off that. So from then on, I got a pill organizer with the days of the week, and I would administer the meds.’

Who knows if this was true? Elliott may have tried to quit Strattera at one point, but we can be certain that he had not gone cold turkey during the days before he died, he had different medications in his system, and he had therapeutic or subtherapeutic levels of these prescription drugs.

Amphetamine (that comes from the degradation of Adderall), as well as Strattera, are used to treat ADHD in adults, and I have not found any sites saying that quitting Adderall would pose major problems. ‘Most people who take it as instructed don’t have any issues if they take a break from it,’ you can read on webmd.com while some people might experience depression, irritability, tiredness, nausea, sleep deprivation…As for Strattera, this site says that ‘it doesn’t cause withdrawal when you stop taking it,’ while this one says ‘Most people who have stopped using Strattera experience very minimal withdrawal symptoms.’ But this is beside the point since Elliott had taken his medications.

Knowing that amphetamines like Adderall have a short plasma life of 4-6 hours, after 48 hours only 0,02 % of the original dose should have been detected, and after 72 hours the level would have been completely below detectable concentrations. So we can safely say that Elliott had taken his meds very recently.

The relatively high level (0.39 µg/ml = 0.39 g/L) of amphetamines in comparison to the normal therapeutic plasma level (premortem level is around 0.1g/L) is still not a concern as studies like this one show that the concentrations of certain drugs increase after death. For amphetamines, there is a post-mortem increase of at least 2,8 (Post-Mortem blood/therapeutic plasma concentration = 2.8) according to this same study, which makes Elliott’s 0.39 µg/ml not very surprising.

Regarding Mirtazapine (Remeron), used to treat depression, the data found online indicate that therapeutic levels should be between 0.03 and 0.08 µg/ml, with a post-mortem increase of 2.5,  so Elliott’s level (below 0.10 µg/ml) was in the lowest part of that range, and there is nothing abnormal to report.

I have contacted a few forensic toxicologists without giving them too many details about the case, I didn’t even mention Elliott’s name and the exact circumstances of his death, I didn’t mention that another person was present at the time of his death and that they had been fighting. I just didn’t want to influence their answers. I just told them about the manner of death, two stab wounds in the chest, and specified that the case was never ruled a suicide or a homicide, then I asked them about the possible influence of drugs. Two of them have answered.

The second answer came from Forensic Toxicologist Justin Brower, who took the time to give a very detailed answer.

‘Here’s my two cents. It does sound a little suspicious, but we’ve all encountered witnessed suicides with knives and other sharp instruments.

If I were testifying on this case in court and an attorney asked me whether or not the presence of amphetamine could make a person do this, this would be my answer (paraphrased a bit):

Behavioral toxicology doesn’t really exist. The presence or absence of drugs cannot be definitively linked to a person’s behavior. I can tell you how drugs affect the body, and that amphetamines can cause increased anxiety, aggression, and bizarre behaviors in some people, but not necessarily in all. No one will be able to tell you “but for the amphetamine” the person would not have stabbed themselves [lawyers love these “but for” questions]. People stab themselves every day without being under the influence of amphetamine. Likewise, there are people who routinely abuse amphetamines and don’t stab themselves.

This comes up a lot in suicides. As an example, a person hangs themselves. The family wants to know if they were taking their antidepressants and wondering if the antidepressants caused them to hang themselves. A different family might call and wonder if they weren’t on their meds, and that’s why they hung themselves. It boils down to we don’t know what was going through their minds at the time of the incidence, but in the example I just gave, there was obviously something else going on that they were being treated for.

In your case, I’d rely more on the history surrounding the case and what the forensic pathologists think of the wounds – angles, etc. – because no one will be able to tell you with absolute certainty that the amphetamines caused him to take that action and stab himself.

The mirtazapine isn’t really a concern either. The tip I give forensic pathologists is: if on the report you see a “less than” we’re really not concerned about it if you see a “greater than” we start thinking about a suicide.’

As we know, there is a ‘less than’ for all meds on Elliott’s report, except for amphetamines already discussed above.

In the end, these two toxicologists agree that ‘behavioral toxicology doesn’t really exist’ and drugs cannot be definitively linked to a specific behavior. I have thought about this a lot, especially because drugs and the absence of drugs have been both used as arguments for suicide in this case. I am grateful these two forensic toxicologists took the time to comment on Elliott’s report, as it is important to have confirmation from people with expertise.