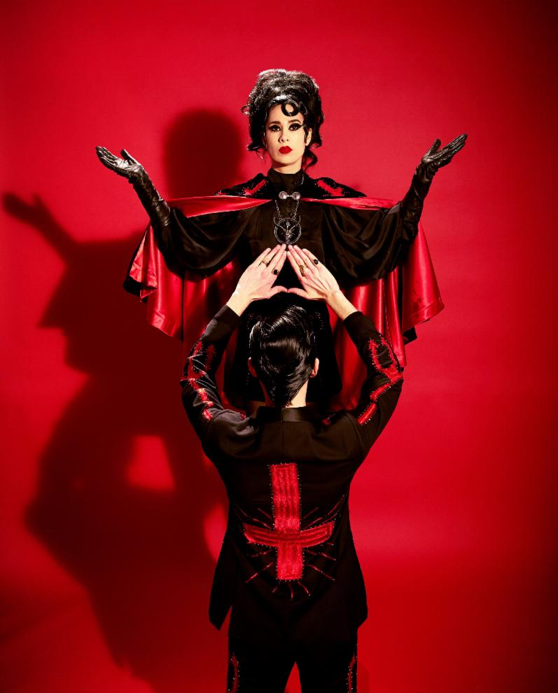 Los Angeles based Satanic Doo Wop duo TWIN TEMPLE have returned with the first offering of new material since releasing their debut album. The band’s new single, “Satan’s A Woman” debuted today via Revolver Magazine, and continues to echo the band’s unmatched voice against the elements of misogyny, racism, homophobia and discrimination in all forms. Proud allies of reproductive rights and feminism, Alexandra and Zachary James issued the following statement about the new track.

LISTEN: “Satan’s A Woman” (via Revolver)

“Satan has loomed large as a kind of patron deity of rock ’n’ roll, and yet, the Devil is always referred to as a He. Why do we always automatically assume that God, or The Devil is a “He”? It demonstrates our deeply rooted beliefs about who holds authority, power and holiness: men. To us, Satan is a symbol for rebellion, individualism, freedom and equality, and is not, and should not be limited to a male gender. This song is intended to disrupt the patriarchy, and all your preconceived notions about Satan, set to the golden sounds of 50’s and 60’s rock ’n’ roll.”