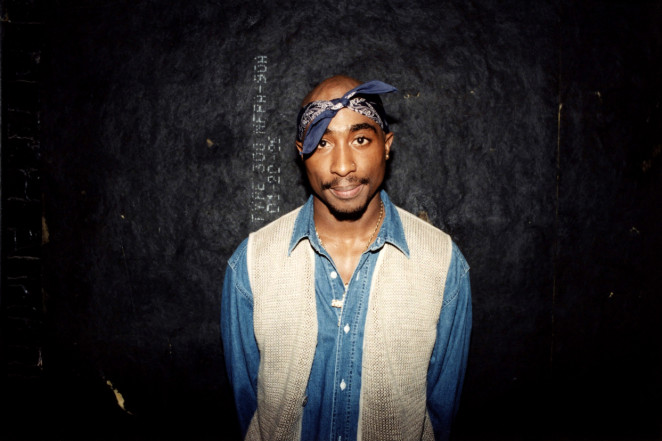 Who would have thought that Tupac would be name-checked during a vice presidential debate?

Last month, when she was asked who she thought was ‘the best rapper alive’ during an interview, democratic vice-presidential candidate Kamala Harris answered ‘Tupac.’ We don’t know if she was joking or if she didn’t hear the word ‘alive,’ but it was nevertheless cool to see senator Harris’ connection with such a popular character of the ‘90s.

However, republicans remember her ‘mistake.’ The New York Post is reporting that, during last week’s vice-president debate, Trump’s campaign left a ticket for rapper Tupac Shakur. ‘I can confirm that we have left a ticket for Tupac Shakur, who as we know is Sen. Harris’ favorite rapper alive,’ confirmed campaign’s senior adviser Jason Miller to journalists. ‘I don’t know if he shows up. I’m personally more of a Biggie fan if he’s still alive, but we will have a ticket waiting for Mr. Shakur.’

Of course, these people having zero sense of humor, I guess they were taking a jab at Senator Harris. Did they really believe she thought Tupac was still alive?

However, Mopreme Shakur, Tupac’s stepbrother, did not appreciate the fake invitation and declared to TMZ that it was ‘clearly disrespectful’ to his family for the President’s campaign to leave a ticket for Tupac at the Vice Presidential debate. Adding that we should not be surprised as ‘we should know Trump’s lack of respect for the Black and brown community.’

As for Kamala, Mopreme added that her choice showed she had excellent taste in music, and that it was not a surprise that Tupac was her favorite because she’s from Oakland. He also strongly encouraged everyone to vote as ‘it’s all California love for Sen. Harris.’

I thought the story was just plain weird and idiotic, probably at the image of this current campaign: ignoring the crisis while joking about a dead rapper.  When political shenanigans sound like an article of the Onion while deciding on the future of our country.