Trump: Now It’s Nearly Over, Here Is His Fatal Flaw 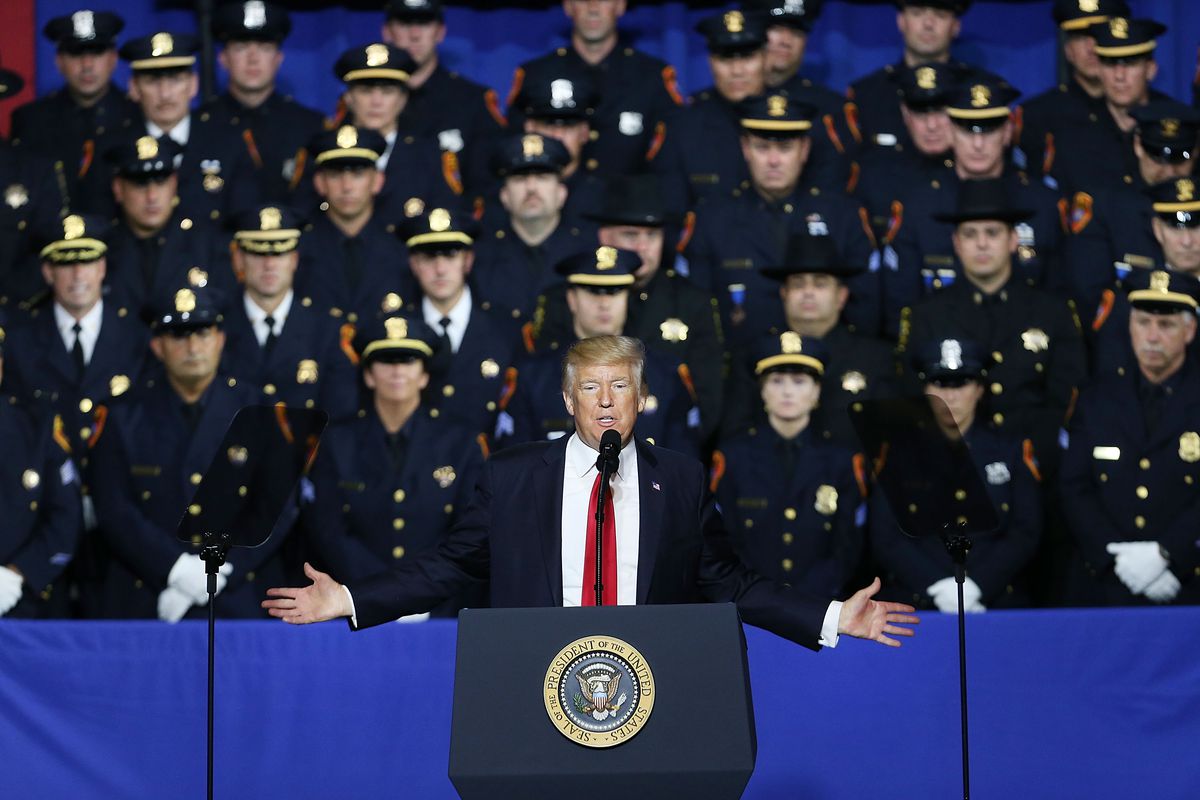 Many years ago I read Nick Tosche about a serial child killer who kidnapped a seven year old boy, raped him, murdered him, cooked him and ate him to the last, licked bone. To paraphrase Nick (I can’t find it), while I don’t advocate fucking, killing, and eating children, if you’re gonna do it, make the most of it.

That’s my feeling about Donald Trump.

Before 2015, I had met Trump a number of times, disliked him instantly, and considered him a grifter and a conman.

But nothing readied me for the use of absolute brute forced that absolutely took the world as we know it and made it reel in horror, the shock and awe has changed the US and the world forever, anything is possible at any moment, nothing matters at all except the exercise of power in pursuit of our own self-interest.

Fortunately, he is an idiot as well. If he unleashed the power of the Presidency with any discipline at all he would have overturned the Republic.

His problem was he couldn’t win over the armed forces and you can’t have a political coup without a military coup. He tried but the police were not enough.

The police responded to the poorly worded “defund the police” by having its Unions come out for Trump. Well, what did you expect? But while Trump toyed with unleashing the National Guard, he kept on pulling in the armed forces, Trump was the only President who didn’t start a war in modern history. If he had allowed the armed forces to search and destroy, he could have used them up to the edge. He didn’t, he didn’t respect their history, and he lost.

The lack of a war and COVID-19 stopped him.

The armed forces didn’t trust his refusal to go to war, they didn’t trust his refusal to nuke Iran and his playing footsie with demagogues and strongmen was a major annoyance, and without the armed forces there is no coup. He should have bought them off. He should have been what he is. Even 50% of the country isn’t enough and he failed, the face of fascism American style Lindsay Graham and Mitch McConnell wasn’t enough

To add insult to mass stupidity, Trump’s “Proud Boys, stand back, stand by” is laughable in retrospect: you really want to put the cowboyish white militia against the army? Really? The army would blow em apart without blinking. What you have is Trump’s idea of force which simply doesn’t have the strength.

But having concluded that 45 is a petulant , big, fat baby, and that he can’t and won’t win this battle and his refusal to concede an aggregation of what we consider the norm, he will be pushed out and even as he takes on EVERYONE, his realpolitik is as brutal as he can be, he takes no prisoners, doesn’t care about anything at all except himself. Nothing else matters.

So what you have seen over the past four years is a monster getting to the bottom of what his powers allow him to do, while he demononizes those who disagree with his twitter account: he bypasses the usual levers of public  approval, he says what he chooses to and when he says it, it becomes truth. Very early on, where he needlessly and purposely, denied the size of his inauguration to a disbelieving press corp, was the warning of what was coming and even then we were shaken into disbelief by his actions. Instead of starting a war over seas he had begun a war here at home.

As the year’s have passed, Trump refused to concede anything, he pushed us all on to the defensive, incapable of fighting this war. He beat the Dems and the GOP every time they opened their mouths. And he might have won it all, if he had then in 2024 the fight would be for changing the law to give him an additional four years. Two things, maybe three, stopped him

1 – His style was so awful the US came out in droves to get rid of him.

2 – His mishandling of COVID-19 was monumental.

3 – He couldn’t figure out how to use physical force against its citizens.

And of those three things, COVID-19 is what really stopped him. He could never explain why 4% of the world’s population had 25% of the cases. The truth is, if he had stopped fighting COVID-19 with PR bullshit and set the country on fighting it, he could have brought the deaths down from 250K to 50K and given himself a second term. Trump just couldn’t hide from it, and he couldn’t lead, he had to go.

Which leads us to Trump’s fatal flaw: his complete, certainly pathological,  lack of empathy. If he could have imagined the pain of old, white men on respirators, he could have seen COVID-19 as a health and not an economic or political disaster, and he could have fought it. If he had fought it he would have won re-election. But if he had been able able to fight it, he couldn’t’ have been Trump…