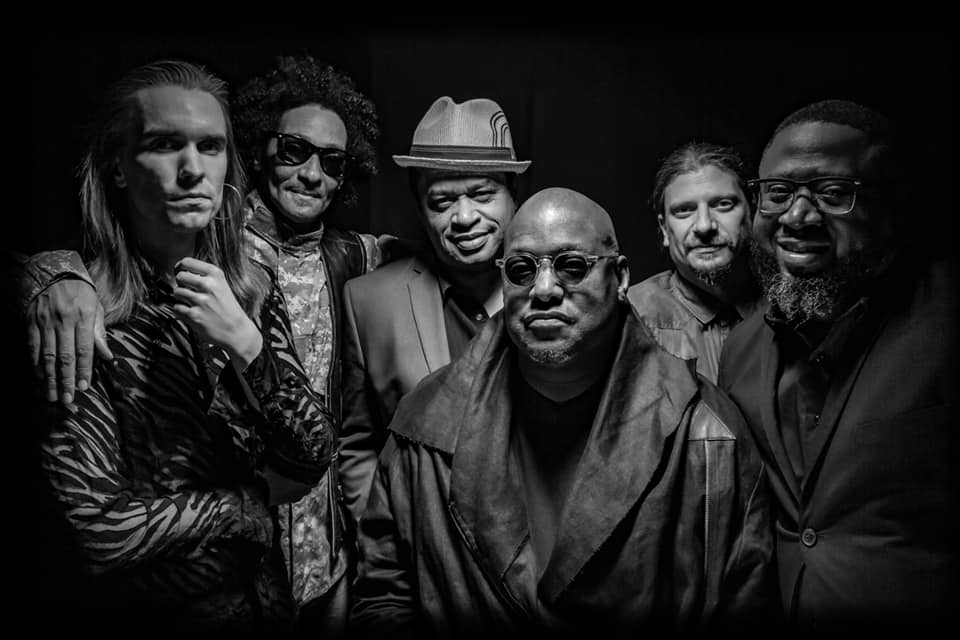 Producer-singer-guitarist, CEO of True Groove Records, Tomás Doncker is revisiting his 2015 album ‘The Mess We Made,’ a work born from the massacre that took place at Emanuel African Methodist Episcopal Church in Charleston, South Carolina, where white supremacist Dylann Roof killed nine African Americans during a Bible study. If the album was exploring racial tension, injustice, and police violence in America, five years later, it seems that very little has changed. We are still at the height of the Black Lives Matter protests, after the horrifying death of George Floyd at the hands of Minneapolis police, and the death of so many ‘say-their-names’ African Americans, all victim of police brutality.

Tomás Doncker & The True Groove All-Stars have just released a clip for TRAPPED…In The Mess We Made, and ‘the ‘video is not only the title track from the new album, but it’s also a visual retrospective of the entire The Mess We Made trilogy,’ explains Tomás Doncker.

While the hyper-collage video shows images of civil rights heroes, music legends, street protests, and police violence, Doncker’s voice rages over a sonically charged soundscape infusing jazz, hip hop/trap, funk, soul and beyond. But despite the calling-to-arms groove and Tomas’ inviting moves, this is not a dance floor but rather a loud and intense war zone with aggressive funky guitar lines and screaming explosions, while images end up oversaturating your retina very soon.

‘It’s like a hyper-collage that pulls together snippets from the previous videos for songs on the album like ‘Blood and Concrete,’ ‘Skin in The Game,’ ‘Funky Dollar Bill,’ and ‘Some Old Dolls’ intercut with new footage and imagery of the past 200-plus years of inequality and injustice in America,’ Doncker explains. ‘It’s all the info we’ve put out about how we feel; what’s going on, what’s been going on.’

Opening with the color draining from the American flag to form a pool of blood, it becomes clear that stirring visuals are the rule of the day. As Doncker intones ‘Git yo’ mind right!!’ over an incessant trap beat, searing guitar and wall of bass fuzz, images, and video footage intercut at a rapid pace.

‘It very intentionally begins to approach visual overload, but there’s just enough restraint so that each time you watch it more of the images become recognizable,’ continues Tomás. ‘If you begin to pay attention, you’ll see images of all the great black revolutionaries. The folks who’ve fought the struggle and showed us the brilliance and resilience to survive and keep moving forward. The jump-cutting evokes a vibe almost akin to a horror film – you’ve even got the screaming ‘Karen’ – because being Black and living in America today is pretty much like living in a horror movie, only it’s all too real.’

The result is close to been trapped in a horror house indeed, watch below the video for TRAPPED…In The Mess We Made, directed and animated by Dylan Mars Greenberg and performed by Tomás Doncker & The True Groove All-Stars Video: