Time To Take A Deep Dive Into The Bay City Rollers Catalog! 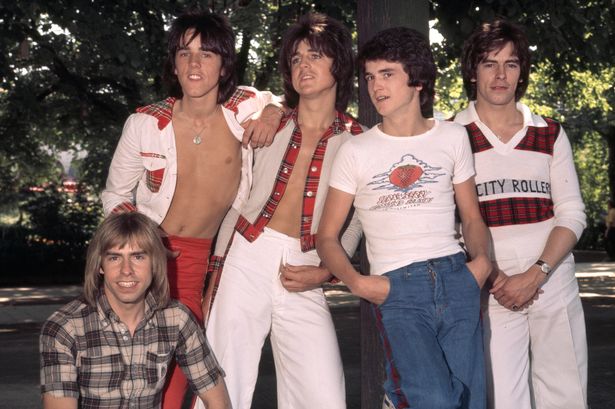 Over the past couple of years I’ve written full reviews of every Elvis Presley and Paul McCartney album, and am in the middle of Curtis Mayfield (with Tomas Doncker), as well as Frank Sinatra and Aretha Franklin. Not just for historic purposes but also because it is both darn good and oddly dispiriting, Sinatra in the mid-1960s and Curtis Mayfield in the mid-1970s don’t stand up as well as memory informed us…

I’d been thinking about adding some more names:

James Brown -but the 50s albums, as such, were impossible to track down and I got stymied…

Cliff Richard – my big sister Feriels’ idea and despite this being a New York based website, it would (will be?) fascinating to hear the move from “Bachelor Boy” to “Congratulations” (written by Phil Coulter -who we’ll get to in time)  and on.

And the Bay City Rollers!

In the mid-1970s I was friendly with Eric Faulkner, who vacationed in the South Of France when I lived there. He regaled me with stories of teen girls fainting away after seeing him in a Supermarket, and we both had a full time job hitting up girls…  I liked him a lot and I went back and boned up on Bay City Rollers, admiring their update of the girl group sound that the Beatles also dipped into and their harmonies, and hooks, a monster form of brand management for the Edinburgh band, who dressed as a glam Tartan army with shirts open wide. Eric was a good Roller to get to know, he co-wrote some of their material and was clearly the most musical of the boys.

The truth is, the Bay City Rollers got better with every album, reaching a height with  the underrated 1981 Ricochet probably proving to them that the world wasn’t interested in how they grew up. But despite that, they went from strength to strength from 1974 to 1977 and then punk rock rolled em over. BCR were, more than the early Monkees for one, a real band, and not a manufactured hit on the pocketbooks.

Starting with the first rate Rollin, and continuing to the 2015 Christmas album, the Bay City Rollers were a serious phenomenon so big that in 2018 I started a Facebook page inviting what remained of BCR to play at Madison Square Garden and quickly realized there were still a whole lotta fans out their still. The band isn’t what they were, the classic line-up isn’t around, for one thing bassist Alan Longmuir died in 2018, and only original guitarist Woody Wood remaining from the good ol’ days.

So, with no live music to review, I am going to join with my Tartan army again,  and soon begin the process of reviewing every album… as well as wondering aloud why “Saturday Night” wasn’t a hit in the UK.