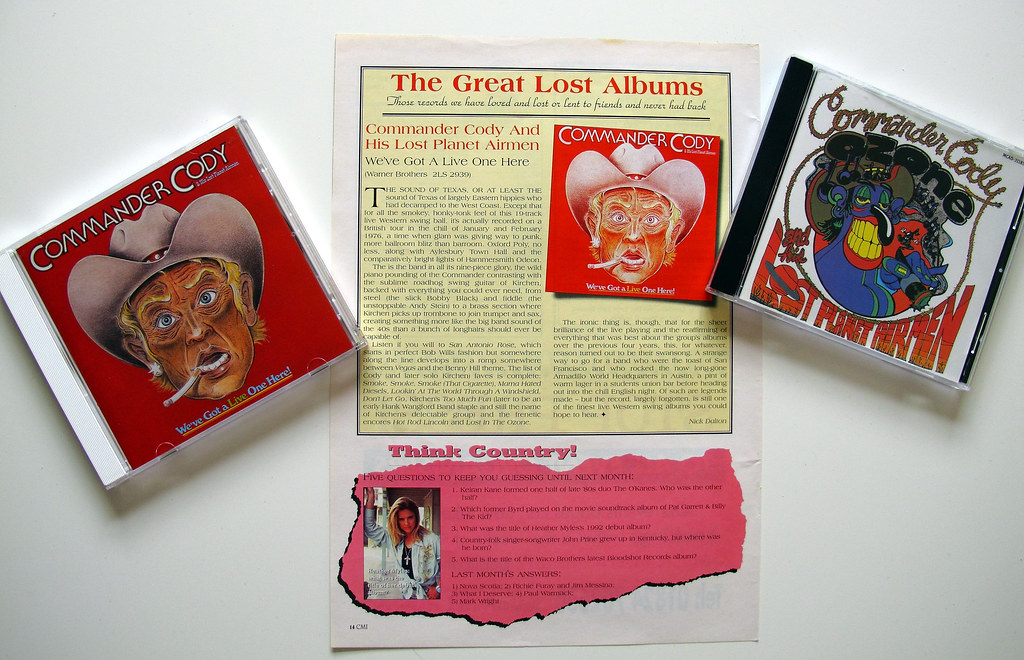 Live albums can often be problematic. While what you hear might well sound like an absolutely impeccable show, more often than not, they have been futzed with, a lot.

Often done to simply fulfill a contractual obligation, they are usually cobbled together from many live tour dates, overdubbed, resquenced and edited beyond recognition.

But if you can suspend belief just a skosh, you can still appreciate a great band, humping in it’s prime.

First known as Johnny’s little brother, then as the one hit glam gleep who gave you Frankenstein, Edgar has never received the kind of acclaim his talents would presume.

This live set showcases the deep R&B and Gospel roots that both Winter brothers came up on. With Rick Derringer on guitar, and the Texas blues shouter and saxophonist Jerry La Croix pulling double duty, you can almost smell the sweat the room.

Kicking off with “a little gospel thing to get it started”, the White Trash bounce between soul, straight-up Chuck Berry boogie, seemingly, without missing a beat, or flotzing a harmony.

Highlights include opener, “Save The Planet.”, a guest shot from Johnny on Rock & Roll Hootchie Koo, and the epic, entire side three, that is “Tobacco Road.”

MC Frankie Crocker introduces them by saying “They always say black folks late, can’t be on time? Now look a the White Trash.”

The crowd lets out a collective gasp and “Whaaaaa! when the band finally walks on stage, white as rice, and Edgar is probably the whitest guy who ever hit the boards there.

Sadly, shortly after this release, while on tour with Jerry LaCroix, drummer Bobby Ramirez was beaten to death in a Chicago alley, presumably for being in the wrong place at the right time.

Winter’s career never really grew much beyond They Only Come Out At Night, yet has continued to release hit or miss albums.

You can stream the entire Roadwork album below

We Got a Live One Here
Commander Cody and His Lost Planet Airmen.
1976

First rising in 1967, in that hotbed of country music, Ann Arbor, MI, George Frayne IV (aka Commander Cody) put together a motley crew of fellow travelers, and after earning their chops in bars and clubs, packed up and moved both kit and kaboodle to San Francisco.

Dually powered by the Commander’s eight to the bar left hand, and Bill Kirchen’s chicken pickin pedal bending Telecaster, the Airmen fit right into the composting musical weirdness, that was 1970s San Francisco.

The hit the charts in 1971 with “Hot Rod Lincoln”, which though regarded as a novelty song, actually featured a hella performance by Kirchen.

“We Got A Live One Here!”, something they likely heard every time they walked into a gig with their long hair and cowboy hats, was released in 1976.
Frayne disbanded the group that same year.

Highlights include the obvious “Hot Rod Lincoln”, the downright weepy “Mama Hated Diesels” and “Seeds and Stems.” and the glorious swing stomps “My Window Faces The South” and “Looking At The World Through A Windshield.”

But for me, the epitome of this curmudgeonly assortment lives in “Semi Truck”, a woeful tale of a man who has just taken a handful of trucker speed, and can’t get his truck started.

So, kick back, pop a few little white pills, have a cold beer, and enjoy some hot licks and trucker’s favorite.

If you aren’t sobbing loudly during “Mama Hated Diesels”, you got hog jowls where your heart is supposed to be.

You can stream the entire “We Got A LIve One Here,