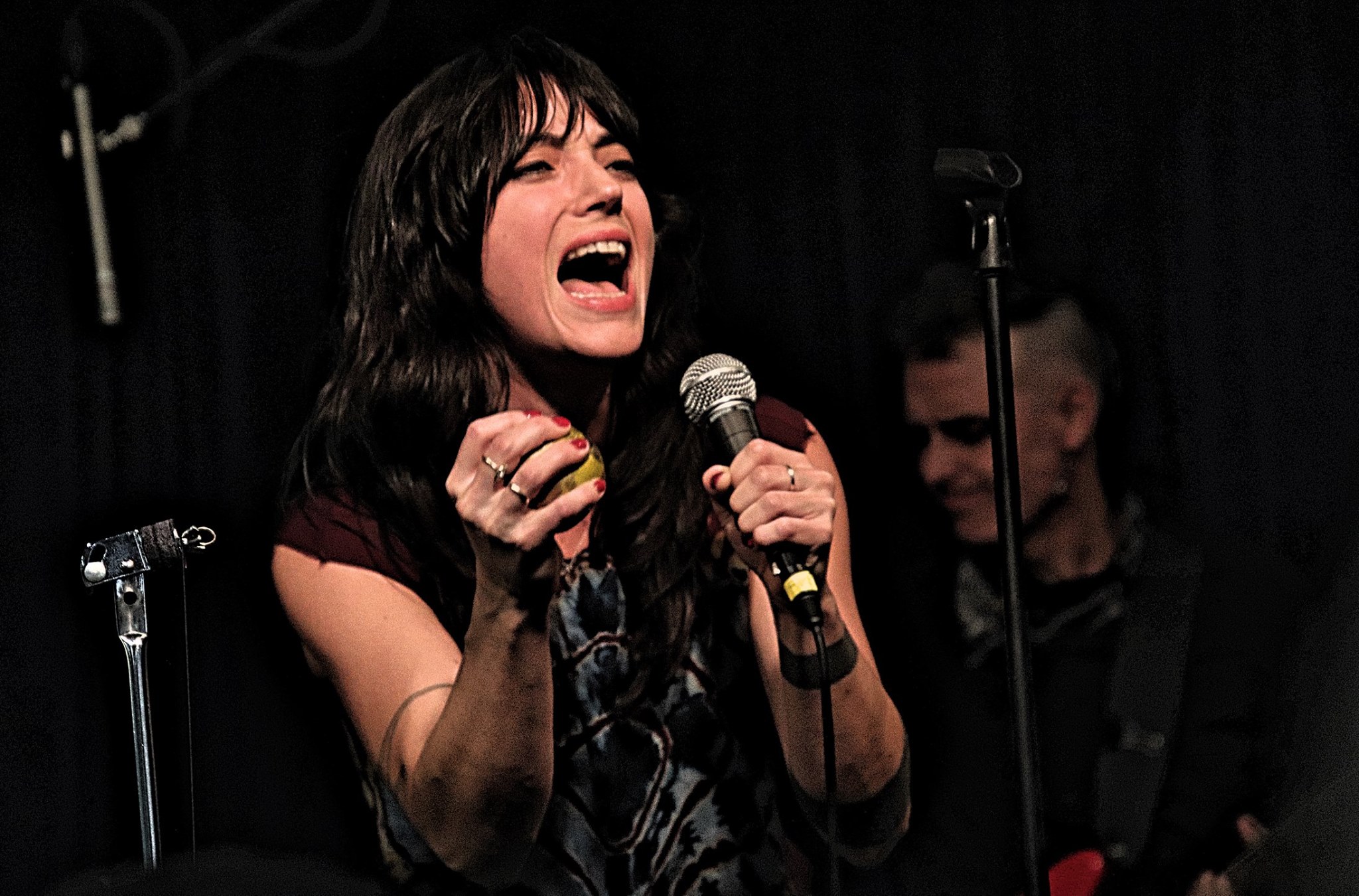 Shamir covers Sharon Van Etten’s ‘DsharpG’: A poignant and vulnerable version sang with a strong conviction and a luminous orchestration. His vocals soar to incredible heights, in a very haunting manner and the song truly becomes something else, probably more passionate than the original, and flying high in the sky. Sharon Van Etten released ‘Epic’ 10 years ago and the reissue ‘Epic Ten’ comes with an album of covers of all songs by diverse artists from Justin Vernon and Aaron Dessner, to IDLES, Lucinda Williams, Big Red Machine, Courtney Barnett, St Panther and Fiona Apple. ‘I was drawn to Shamir’s music by the immediate authenticity & originality of his voice and instrumentation choices,’ Sharon writes. ‘It felt simultaneously throwback and very here & now. So many genres melting into one another, I couldn’t peg it and I loved every minute of the wild ride. Not to mention his vocal range is from another universe and his arrangements are dark and stormy. Self admittedly, I have a hard time keeping up with ‘music today’ because they all blend into each other and sound so homogenized I can’t tell one from another (even if I like it…). But Shamir’s music is truly original and a force to be reckoned with in his reimagining of a time where I grew up fondly angsty & dreaming…’

Tune-Yards covers Radiohead’s ‘Idioteque’: This is a live recording from SiriusXMU and this sounds so exciting, as Merrill Garbus has obviously a lot of fun reinterpreting the famous song. It’s very stripped down, almost executed a cappella with a polyphony of voices and beats, and once again, this is a very personal take on a tune that is very probably extremely difficult to cover in the first place. This may not please everyone, and not satisfy Radiohead purists, but Tune-Yards is original, inventive, and playful, plus it was a live unrehearsed performance, and this is even more surprising. Tune-Yards will also release their fifth album ‘sketchy’ tomorrow.

Beck covers Paul McCartney’s ‘Find My Way’: We know that ‘McCartney III Imagined,’ a personally curated collection of covers and remixes of the songs from McCartney’s latest album, will be released in April, and Beck’s reimagined version of ‘Find My Way’ was shared today. It is just a remix, so technically not a cover, but the song is transformed enough to bring a funky club dancefloor right in the middle of a Beatles’ tunes. More beats have been added, and if I am not a fan of remixes, this one is a cool machine, while I already thought that the ‘Oh yeah’ in the original song came straight from the Midnight Vultures universe. Plus, the comment that Beck wrote about the entire experience is heartwarming, to say the least: ‘I remember hanging out with Paul and his wife Nancy several years ago and Nancy mentioned that she wanted to go out dancing before calling it a night. We ended up at some club in West Hollywood and I remember noticing that Paul and Nancy were TEARING IT UP—really enjoying themselves more than anyone else on the dance floor. Last year when he asked me to remix this track, I remembered that night and wanted to try to recapture that amazing spirit I felt while watching him on the dance floor… sort of my little tribute to Paul “in his groove.” When I then heard the falsetto vocal in Paul’s original track I wanted to lean further into something really loose and funky—I pulled out my Hofner (because of course) and put down a few bass lines… and everything came to life from there. The best part of the entire experience, though, came a week after I’d turned in the remix when Paul called to tell me he’d been dancing in his kitchen to the track all week.’